There are three pegs, and on one of them, there are four disks of distinct sizes, as shown in the picture. Steve wants to move all four of the disks from the left peg to the right peg following these rules: 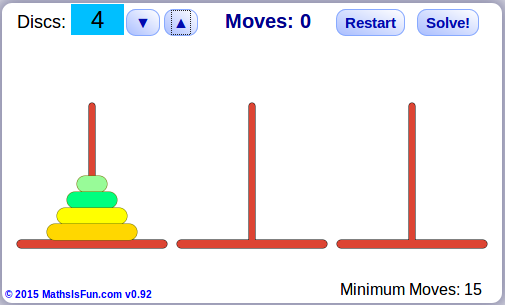 Here is how Steve has managed to solve the puzzle partially in 7 steps, by taking the top 3 disks from the left peg to the middle peg:

How many more steps would he need to solve the entire puzzle?