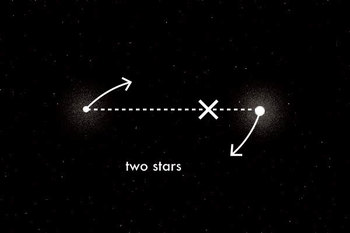 Two stars orbit their common center of mass as shown in the diagram below. The masses of the two stars are 3M and M. The distance between the stars is d. Determine the period of orbit for the star of mass 3M.