The First Female Drafted into the NBA --- II 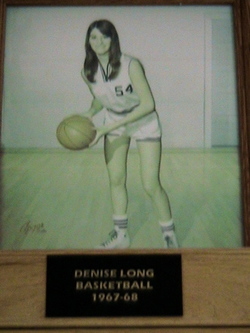 This problem is an extension to Arron Kau`s problem.

In 1969, Denise Long became the first female to be drafted into the NBA. In the previous year, she led the Union-Whitten High School basketball team to the state title, averaging an impressive 62.8 points per game. The most points that she scored in a game that season was an astonishing 111. (This feat was only done once.)

Given that there are 30 games in the season of 1968 AND that Denise scored a DIFFERENT number of points in each of the 30 games, what is the smallest possible number of points that she could have scored in her second best game?

Note: She scored a non-negative integer number of points in each game.