The Good Thief and His Companions 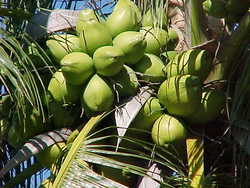 Four thieves went for a robbery and they stole coconuts from a farm Then they heard some noise and went hiding behind the bush. Then the first one came out and he was a good thief. He divided the coconuts into 4 equal parts and took his share. The second one case divided the remaining into four equal shares and took one extra and went home. Then came the third thief who also divided it into four and took two extra coconuts and left. Then came the fourth man. He took all the remaining coconuts and left. On the next day when they met in the market interestingly all the four of them had equal number of coconuts with them. Then what should be the minimum number of coconuts they have collected that they can manage to fulfil all the above conditions without dividing any coconut into pieces.