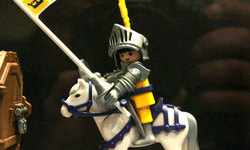 The action for this problem takes place in an island of knights and knaves, where knights always make true statements and knaves always make false statements and everybody is either a knight or a knave. Two friends A and B live in a house. The census taker (an outsider) knocks on the door and it is opened by A. The census taker says "I need information about you and your friend". Which if either is a knight and which if either is a knave?". "We are both knaves" says A angrily and slams the door. What, if anything can the census taker conclude?