Diana plays a special version of minesweeper on a square-shaped game field with n×n smaller squares, where n is an integer greater than or equal to 4. First, she clicks any square, and then the game generates a mine in every non-clicked square, except one. Also, a number (an integer between 0 and 8) appears in the square Diana clicked, telling how many mines there are next to the square (in the small squares horizontally, vertically or diagonally touching it). 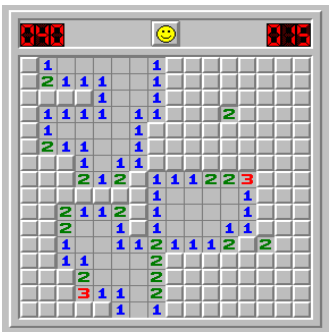 Diana's goal is to hit the only mineless square without hitting any mines before that. If Diana plays the best way she can, what is the probability she will succeed?