Who drunk his drink? 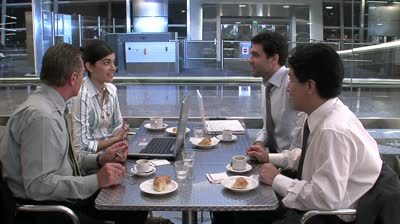 4 people Benard, Burney, Brian and Bandy got together for drink at a CAFE. When the waiter brought drinks out, Benard went to the Toilet. In minutes, Benard came back and found that his glass was empty. He asked who took his drink but his friends want to make a joke so they answer:

Brian: Burney did it.

Bandy: There are two people of us tell the truth.

While Benard was thinking, a man yelled from the next table: "I know that Brian did not do it".

Note: The man had no reason to tell the lie.