Who Will Shout First? 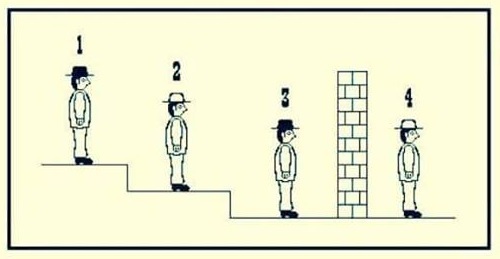 Four criminals are caught and are to be punished. The judge allows them to be freed if they can solve a puzzle. If they do not, they will be hanged. They agree.

The four criminals are lined up on some steps (shown in the picture). They are all facing in the same direction. A wall separates the fourth man from the other three.

Who is the first person to shout out and why?