Why would anyone try this experiment? 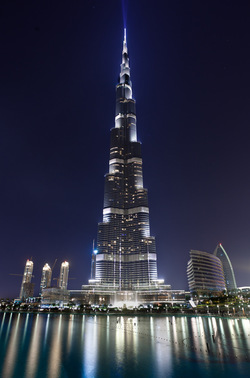 Swapnil the physicist wanted to perform an experiment similar to that of Galileo performed on the leaning tower of Pisa. So Swapnil went to Burj Khalifa (the tallest building on earth) to perform the experiment. He took a glass sphere and a metallic sphere of similar mass. He drops them together into a wide vacuum tube attached to the side of the building, and recorded their motion with a sensitive camera which allows him to distinguish the finest of details. Which of the following did he observe?