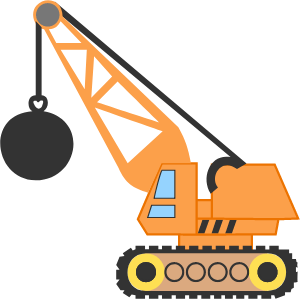 A wrecking ball is a heavy metal mass that's swung, from a crane, into structures to demolish them. Suppose we release a ball of mass M from initial angle θ and measure the speed at the lowest point in its swing to be vmax​.

If we replace the wrecking ball with one of mass 2M, keeping the length of the chain and the angle θ at which the ball is released constant, how will vmax​ be affected?