The principle of double counting is to first count a set of objects one way, then count another way. This is best explained by looking at several examples, since there are many different ways to count.

At a party of 11 people, every person claims that they shook hands with exactly 5 other people. Show that someone is lying.

Give each person a label from 1 to 11. Label the handshakes from 1 to n (for the appropriate value of n). Consider the sets H(i,j), where person i participated in handshake j. We will count the number of H(i,j) in 2 ways. Firstly, since everyone participated in 5 handshakes, there are 11×5=55 such values. Secondly, since every handshake involves only 2 people, there are n×2=2n such values. Thus, we must have 55=2n, which is a contradiction. Thus, someone was lying. □​

Show that if we total up the number of friends that each person has on Facebook, the result is an even number.

Consider a particular friendship J. Then, since Facebook friendship is mutual, there are exactly 2 copies of F(i,J), which are associated to the 2 people that form the friendship. Hence, the total number of F(i,j) is 2m, which is even.

This is more commonly known as the handshake lemma. □​

Hence, these two sums are equal. Furthermore, this sum is equal the total number of games played, which is 2n(n−1)​. □​

Denote the column number by j, and denote the pair of row numbers by I={r1​,r2​}. We will count the number of X(I,j), in which the squares in the given rows and columns have the same color.

First, count according to columns (j). Since there are three squares in each column, the pigeonhole principle implies at least two of the squares must have the same color. Since there are nine columns, ∣X(I,j)∣≥9.

Note: We could also solve this problem using the pigeonhole principle. There are 23=8 different ways to color a column of 3 squares with red and blue. Hence, there must be 2 columns with the same color configuration. By the pigeonhole principle, at least 2 squares in this column are the same color. Hence, this gives us the 2 rows that we want. We can tighten this to a 3 by 7 board (since 6​≥7) using the double counting argument, and the pigeonhole argument would no longer be applicable. This is the best bound, as we can create a 3 by 6 board where the squares are colored with 2 colors, and no such configuration of rows and columns exist. (Out of the 8 possible combinations, take the 6 which have only 2 squares colored with the same color.) □​ 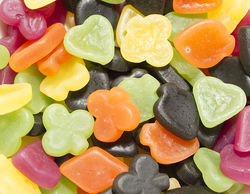 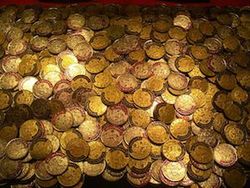 Your math professor shows you 100 coins placed on his desk with their heads up.

He says to you, "Each time, you choose exactly 93 coins and flip them, turning heads to tails or vice versa."

What is the least number of times that you need to do this in order to get all 100 coins tails up?

Find the largest number of rooks that can be placed in a 3000×3000 chessboard in such a way that each rook is threatened by no more than one rook.