There are many systems in the natural world and in society that are amenable to mathematical and computational modeling. However, not everything is easily codified as a system of particles with coordinates and momenta. Some systems and problems such as social networks, ecologies, and genetic regulatory schemes are intrinsically divorced from spacetime descriptions, and instead are more naturally expressed as graphs that reflect their topological properties. At their simplest, graphs are simply collections of nodes – representing some class of objects like people, corporate boards, proteins, or destinations on the globe – and edges, which serve to represent connections like friendships, bridges, or molecular binding interactions. 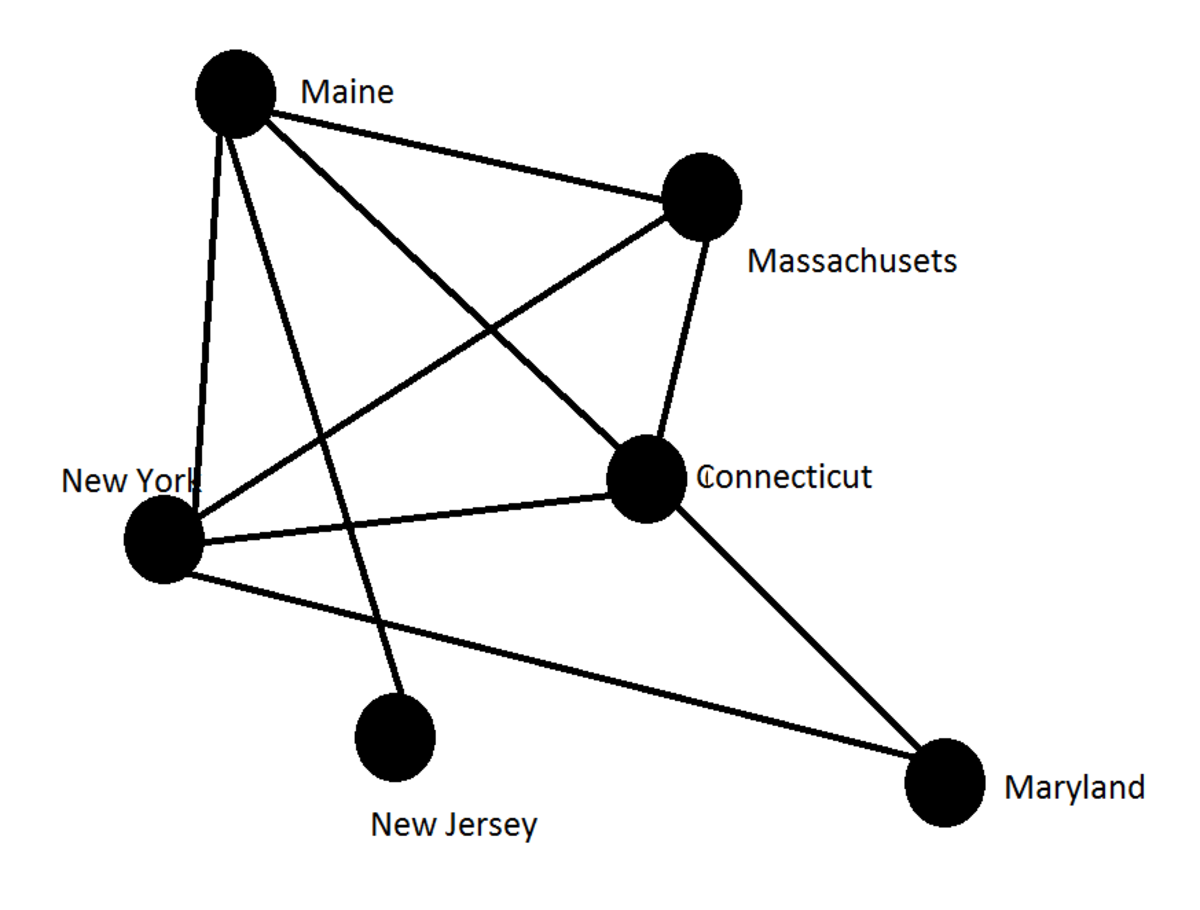 Consider the highway system of the eastern coast of the United States. A road inspector is given the task of writing reports about the current condition of each highway. What would be the most economical way for him to traverse all the cities? The problem can be modeled as a graph.

In fact, since graphs are dots and lines , they look like road maps. The dots are called vertices or nodes and the lines are called edges. They may have a value assigned to them (weighted) or they may just be a mere indicator of the existence of a path (unweighted). More formally, a graph can be defined as follows:

A graph G consists of a set of V of vertices (or nodes) and a set E of edges (or arcs) such that each edge e∈E is associated with a pair of vertices ∈V. A graph G with vertices V and edges E is written as G=(V,E).

Undirected graph: An undirected graph is one in which its edges have no orientations, i.e. no direction is associated with any edge. The edges (x,y) and (y,x) are equivalent.

Directed graph: A directed graph or digraph G consists of a set V of vertices (or nodes) and a set of edges (or arcs) such that each edge e∈E is associated with an ordered pair of vertices. If there is an edge (x,y), it is completely distinct from the edge (y,x).

List all the edges and vertices of the undirected graph G in the figure above.

Note that since the graph is undirected, the order of the tuples in denoting the edges is unimportant. □​ 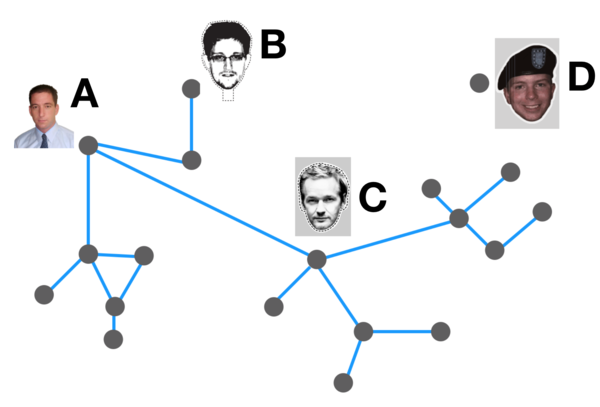 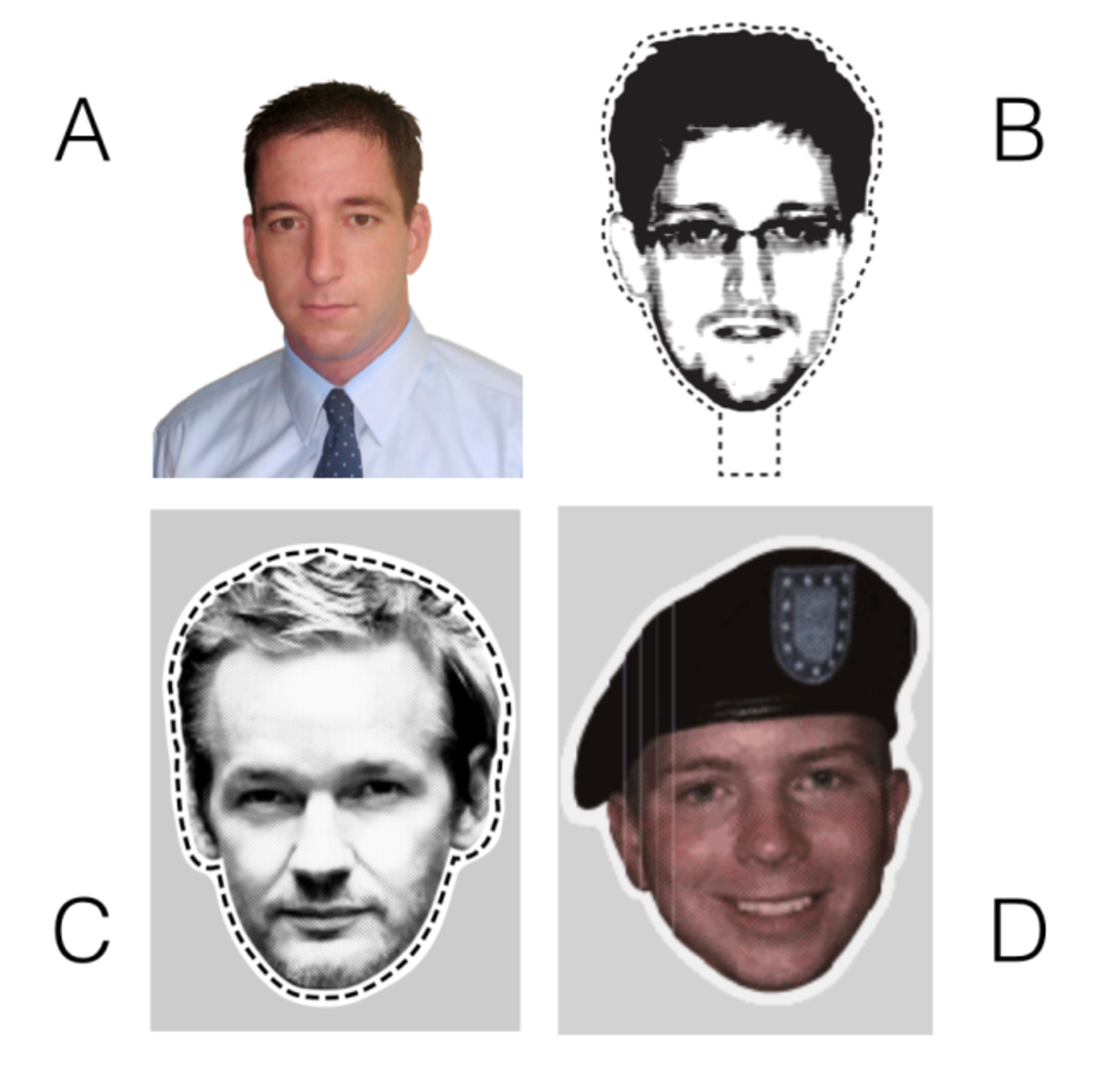 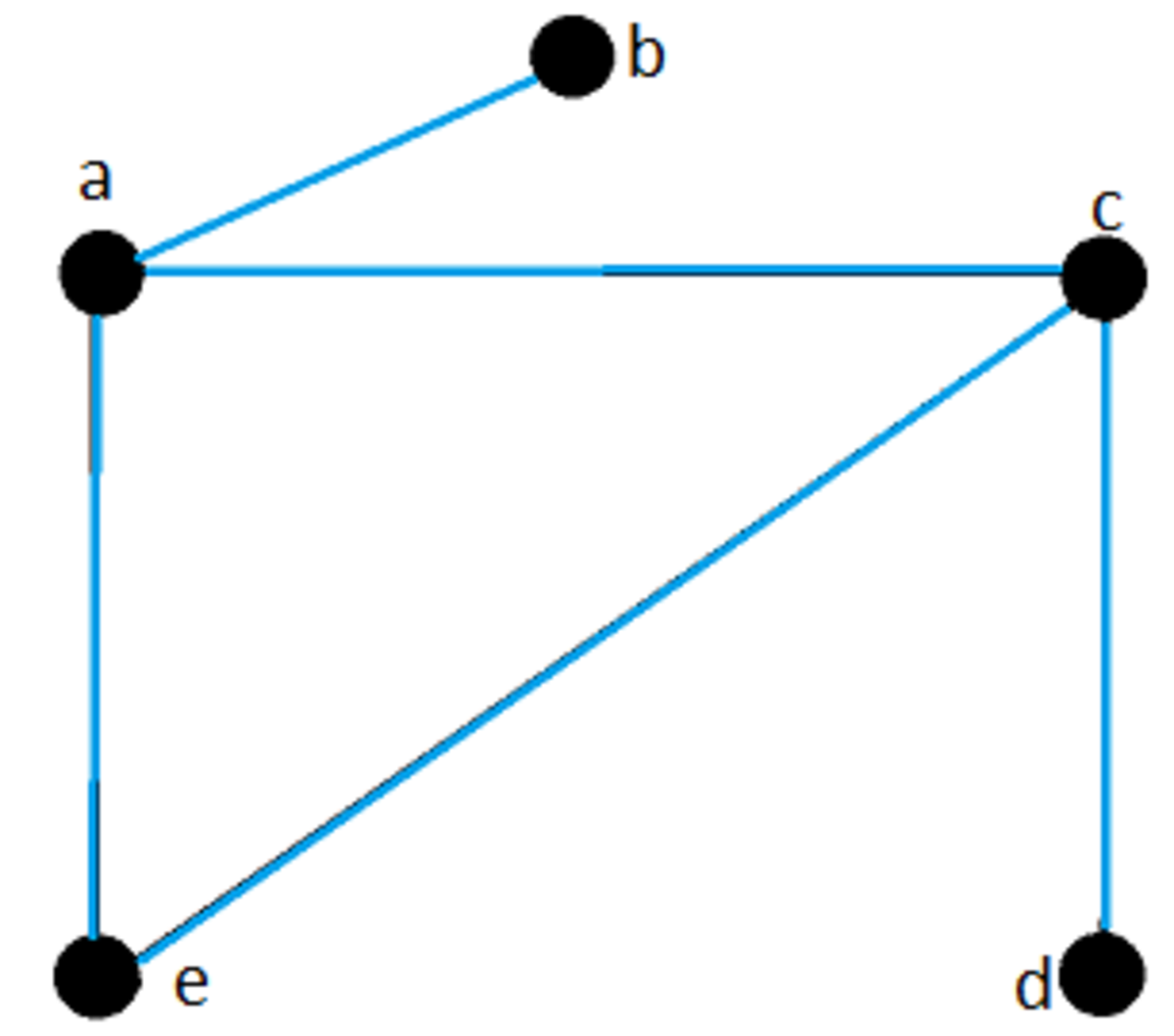 Represent the graph above using an adjacency matrix.

An adjacency list representation of a graph is a way of associating each vertex (or node) in the graph with its respective list of neighboring vertices. A common way to do this is to create a Hash table. This table will contain each vertice as a key and the list of adjacent vertices of that vertices as a value.

For our example above, the adjacency list representation will look as follows: 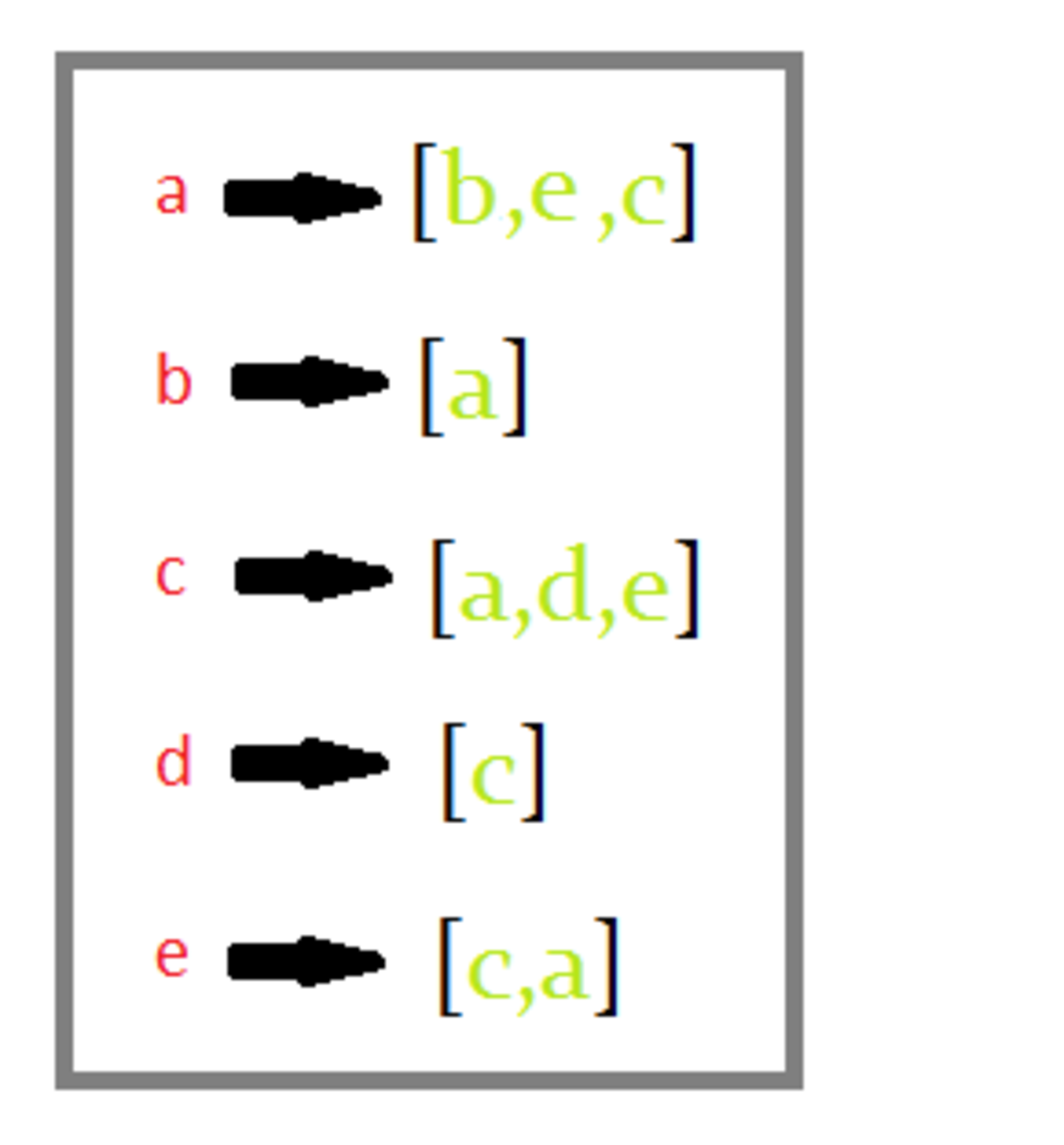 Most graph algorithms involve visiting each vertex in V, starting from a root node v0​. There are several ways of achieving this. The two most common traversal algorithms are breadth-first search and depth-first search.

In a breadth-first search, we start with the start node, followed by its adjacent nodes, then all nodes that can be reached by a path from the start node containing two edges, three edges, and so on. Formally the BFS algorithm visits all vertices in a graph G, that are k edges away from the source vertex s before visiting any vertex k+1 edges away. This is done until no more vertices are reachable from s. The image below demonstrates exactly how this traversal proceeds:

What is the state of the queue at each iteration of BFS, if it is called from node 'a'? 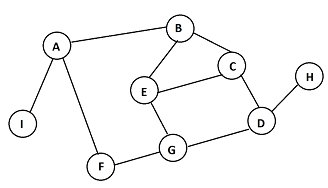 The table below shows the contents of the queue as the procedure. BFS visits vertices in the graph above. BFS will visit the same vertices as DFS. In this example all of them.

Depth-ﬁrst search explores edges out of the most recently discovered vertex s  that still has unexplored edges leaving it. Once all of ’s edges have been explored, the search “backtracks” to explore edges leaving the vertex from which  was discovered. This process continues until we have discovered all the vertices that are reachable from the original source vertex. If any undiscovered vertices remain, then depth-ﬁrst search selects one of them as a new source, and it repeats the search from that source. The algorithm repeats this entire process until it has discovered every vertex:

A recursive implementation of DFS:

Similar to tree traversal, the code for breadth-first search is slightly different from depth-first search. The most commonly mentioned difference is that BFS uses a queue to store alternative choices instead of a stack. This small change however leads to a classical graph traversal algorithm. Depth-first search goes down a single path until the path leads to the goal or we reach a limit. When a path is completely explored we back track. BFS however explores all paths from the starting location at the same time.

As we increase the size of our graph, the contrast between depth-first and breadth-first search is quite evident. Depth-first search explores the graph by looking for new vertices far away from the start point, taking closer vertices only when dead ends are encountered; breadth-first search completely covers the area close to the starting point, moving farther away only when everything close has been looked at. Again, the order in which the nodes are visited depends largely upon the effects of this ordering on the order in which vertices appear on the adjacency lists.