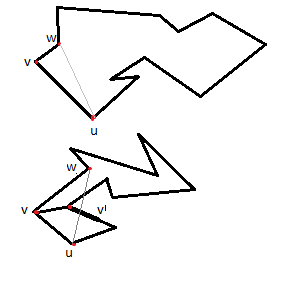 If we want to find a triangulation of a convex polygon in linear time, we can just pick an arbitrary vertex v and construct chords from v to each other vertex in the polygon. Because of its convexity, we can be sure that none of the boundary edges of the polygon will be intersected by these chords. We can also be sure that all of them lie within the polygon. The simplest algorithm for constructing general polygon triangulation tries each of the O(n2) possible chords and inserts them if they do not intersect a boundary edge or previously inserted chord. 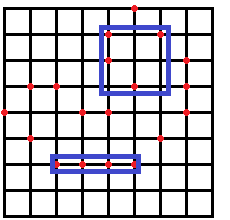