Finding patterns is at the heart of mathematics. While sometimes these patterns can lead us astray (the Greeks believed false things about perfect numbers because of patterns that didn't continue, for example), the ability to recognize and extend patterns is extremely important.

Searching for visual patterns can be as simple as identifying the change from one item in a sequence to the next. Some possible changes to look for include

When looking for visual patterns, it is a good practice to make a hypothesis based on one or two terms and then test it against an additional item to see if your expected pattern matches the entire sequence.

Being able to recognize visual patterns will allow you to solve problems like this: 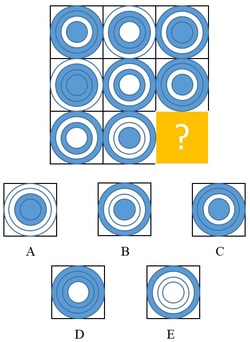 This question has been taken from my country's Olympiad. 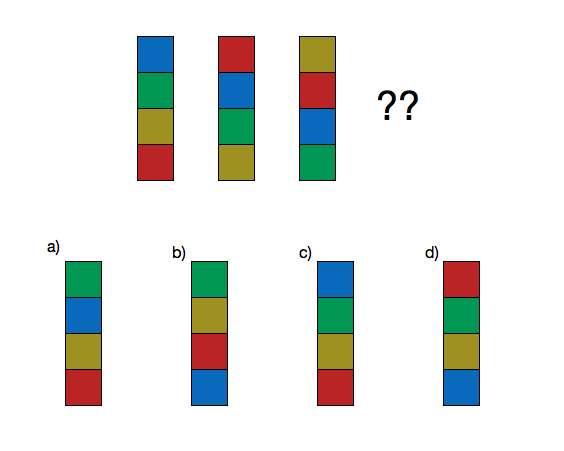 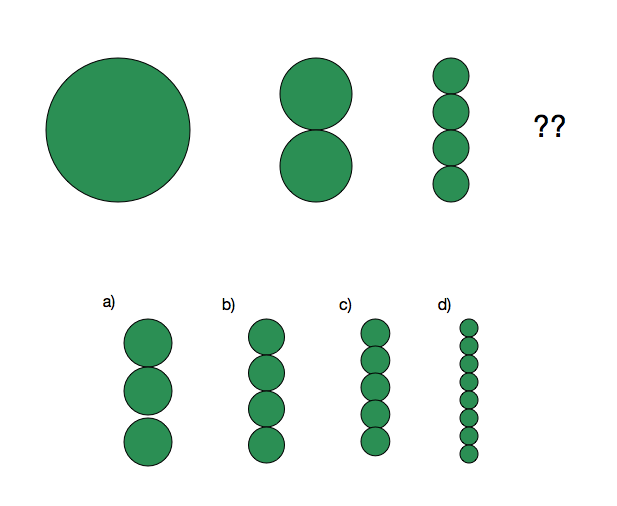 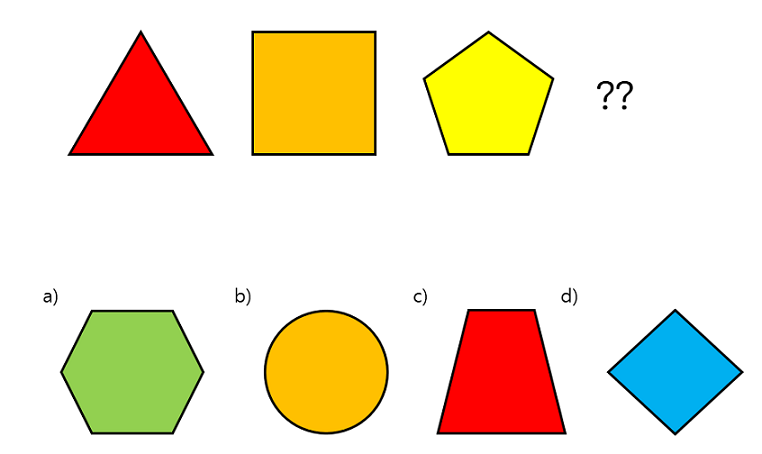 Looking at the first three shapes, we recognize that the order of arrangement is such that the number of sides in each polygon is increasing by one, going from left to right. The first one has 3 sides, the second one 4, and the third one 5. Thus, the forth one should have 6 sides, implying that a) is the answer.

Let's label the vertices (corners) of the pentagon as follows: 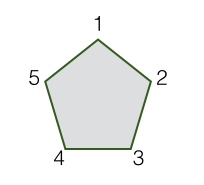 Then, the red diagonal arrow connects 1→4, then 2→5, and then 3→1. In other words, it is connecting the first vertex to the vertex which is 3 away in the clockwise direction. Thus, we expect the next arrow to connect 4→2, so the answer is B. □​ 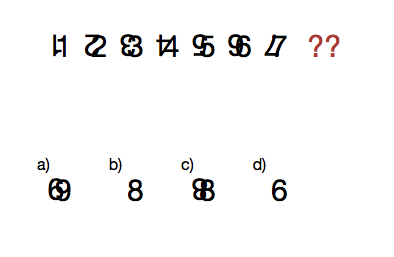 What is the number of squares in the last section where the question mark is? 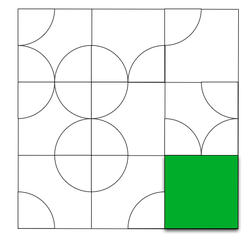 Which of the following best completes the pattern above? 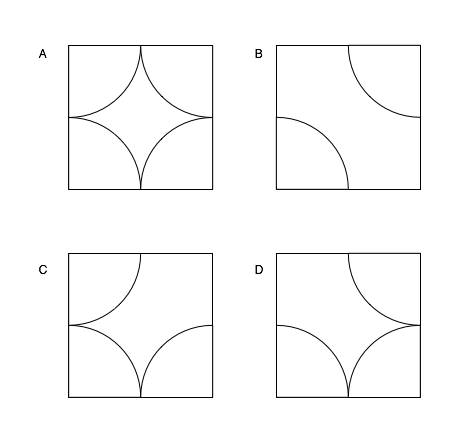