This page has been proposed for an upcoming wiki collaboration. It is currently under construction, and you can help by adding examples of what you think should be on this page

Let (S,∘ be a closed algebraic structure with a Norm (e.g. real numbers with absolute value as a norm). Then, the norm n satisfies the Archimedean property on S if and only if

Corollary: For all real numbers r, there exists an integer n such that n>r.

Note: The field of rational functions of x does not satisfy the Archimedean property.

Frequently, Dedicand cuts are used axiomatically to construct the Reals. The Reals definitely have Dedicand completeness. :) The rationals do not.

Real number system has the property that every non-empty subset of R which is bounded above has a least upper bound. This property is called Least Upper Bound Property.

Cauchy completeness is the statement that every Cauchy sequence of real numbers converges. Cauchy Sequence is a sequence whose elements become arbitrarily close to each other as the sequence progresses. Mathematically, for a given ϵ>0, there exists a natural number N such that ∣xm​−xn​∣<ϵ ∀ m,n>N.

The nested interval theorem states that the intersection of all of the intervals In​ is nonempty. 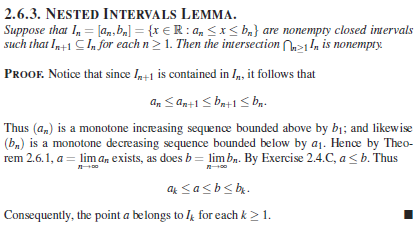 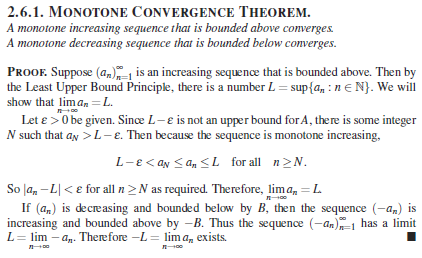 The Bolzano–Weierstrass theorem states that every bounded sequence of real numbers has a convergent subsequence. 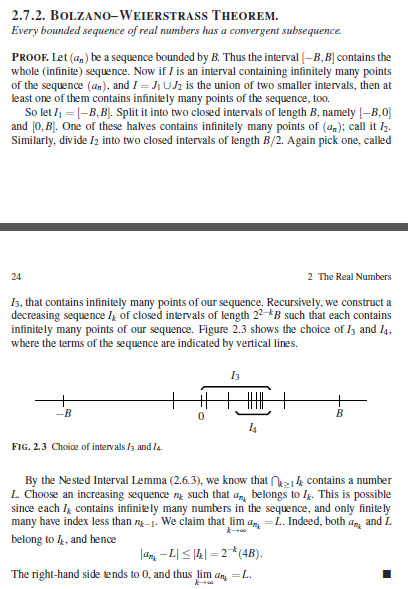 Prove that Hyperreal Numbers do not follow Archimedian Property

The uncountability of the reals. 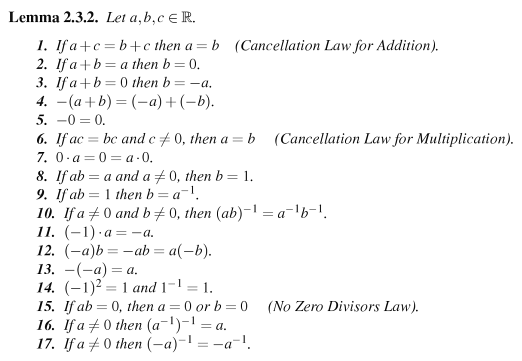 Properties of Inequalities in the Reals