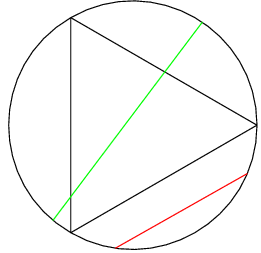 A chord is selected at random inside a circle. What is the probability that the length of this chord is longer than the side length of an inscribed equilateral triangle in the circle?

We will attack this problem in three different ways. 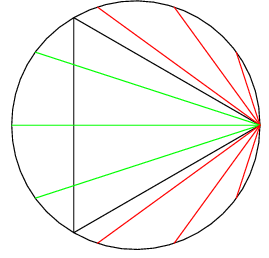 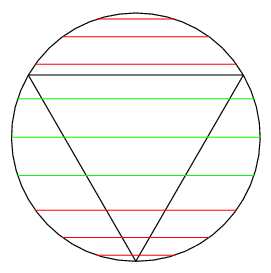 We randomly choose a point, then draw a horizontal line through it to form a chord in the circle. The probability that the chord is longer than the side length of the triangle is a little harder to figure out, but still easily done with some elementary geometry: 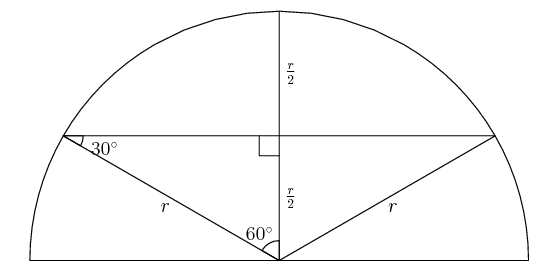 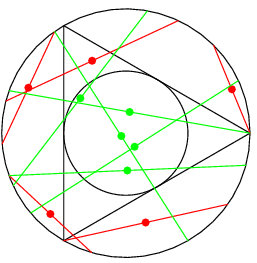 We pick a random point inside the circle, and draw a chord through it such that the point is the midpoint of the chord. Note that whenever the point picked is inside the circle in the middle, then the chord has a side length larger than the side of the triangle; otherwise, smaller. 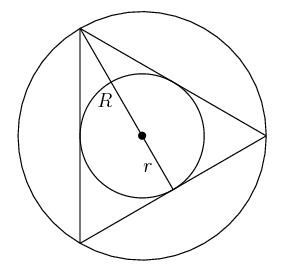