Reduced games are chess games in which each side has significantly reduced material, usually with one side having little to no material. They are important in determining optimal play, as they allow calculations to proceed along the lines of backwards induction. Progressively more complicated positions can be evaluated by reducing them to known endgames.

In particular, it is especially useful to know what sets of pieces can checkmate a lone enemy king, and how to play optimally in those situations. Unfortunately, in all but the simplest cases, this is quite a difficult task, and the evaluation will often depend on the placement of the pieces rather than just their relative value.

The simplest endgame to analyze occurs when one side has an uncontested queen. As the queen is the strongest piece in the game, it seems likely that this endgame can be won by the stronger side, and indeed this is generally true.

As in most reduced games, the general strategy for the stronger player is to recursively restrict the movement of the enemy king until an immediate checkmate is available. In this case, the algorithm is fairly simple (written from the perspective of the stronger player):

There is one potential caveat, when the stronger side's king blocks the path of his queen. In this case, the simplest procedure is to simply move the king out of the way, and then reapply the above algorithm.

It is relatively easy to show that this algorithm works, by defining the box of a queen's position to be the area of the rectangle the opposing king is in, when lines parallel to the sides of the board are drawn through the queen. At all but a finite number of steps, the box of the queen's position decreases, until it eventually decreases down to 3. At this point, the opposing king has only two legal squares (a corner and a square adjacent to the corner), so the opponent's only legal moves are to move back and forth between the two squares. The stronger side's king is then brought into the game, and checkmate ensues quickly. 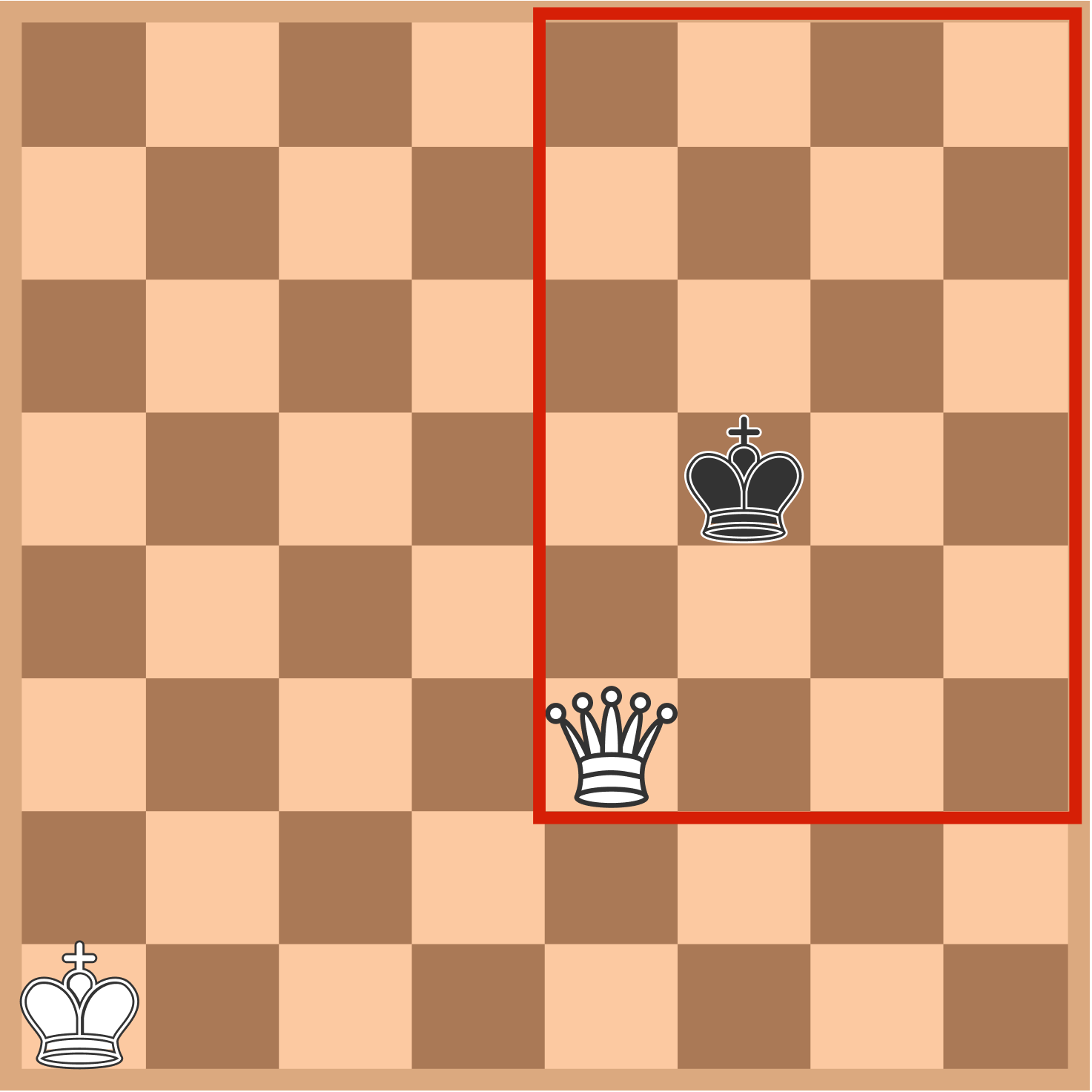 The red rectangle is the current box

Note that the algorithm does not give the fastest possible checkmate; indeed, in the above demonstration, checkmate could have been given two moves earlier (with the white king still on f3). But it is valuable because it is easy to execute and guarantees an eventual checkmate. 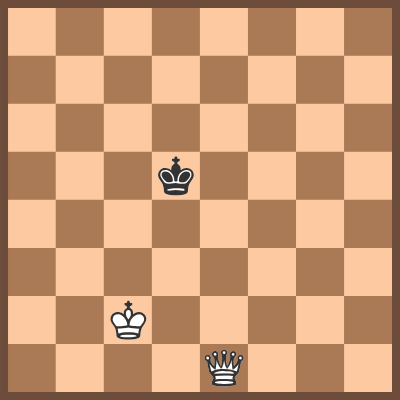 The next natural question to ask is whether a rook is a sufficient advantage to checkmate the opponent, and here the answer is also affirmative. The algorithm, however, is far more complicated.

Again, the general strategy is to utilize the "box" method, restricting the opposing king's possible movements as much as possible. However, this is made more complicated by the fact that the opposing king can attack the rook, meaning that the rook is unable to push the opposing king back on its own. Instead, the stronger side must use his king to aid in the process.

In particular, the stronger side would prefer to place his rook diagonally across from the opposing king, thus restricting its movement as much as possible, but without support this would allow the opposing king to capture the rook. Thus, the algorithm is roughly as follows:

However, this poses a problem: what to do in the case of a position such as the one below? 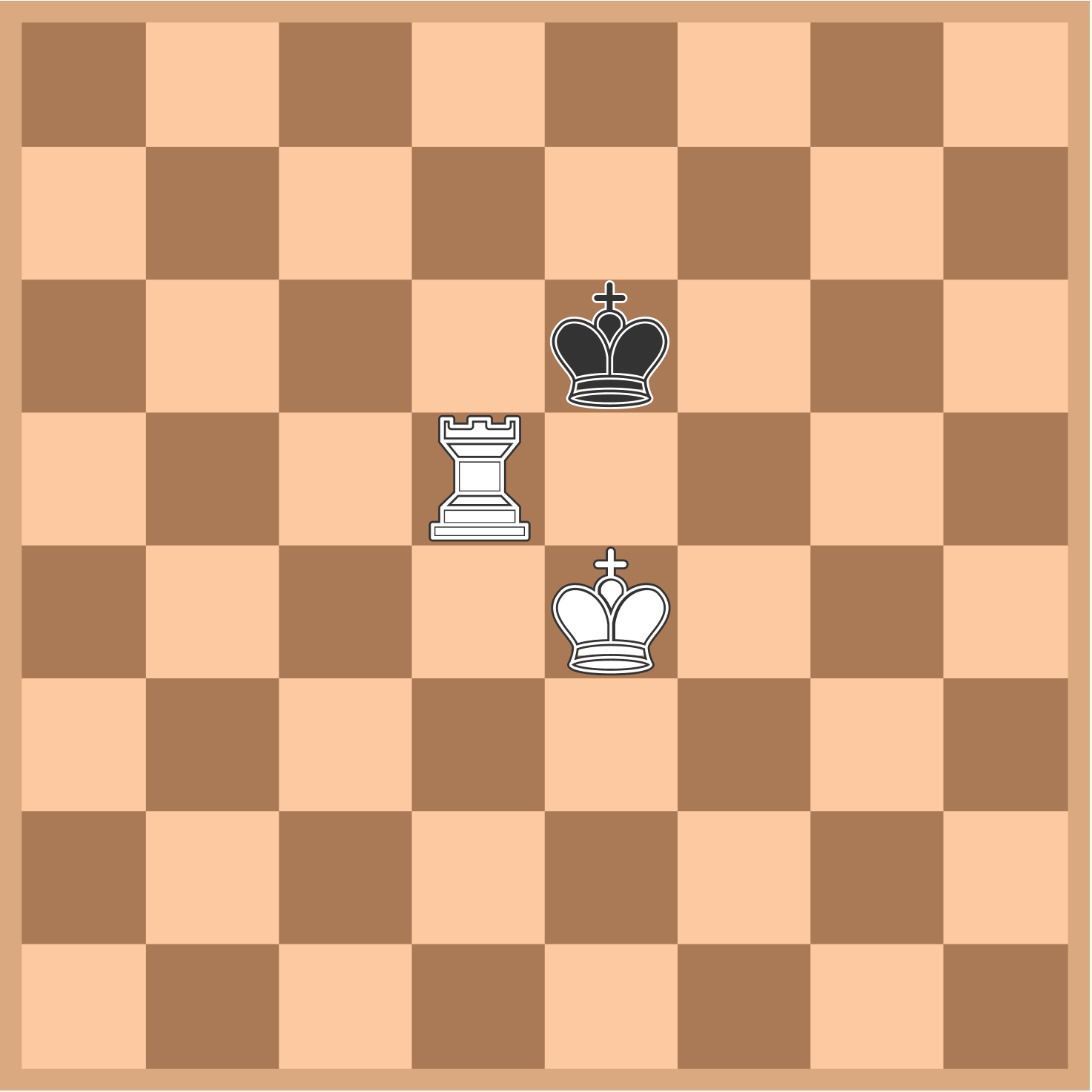 In this case, both the king and rook are already optimally placed. The surprising solution is to simply move the rook backwards, 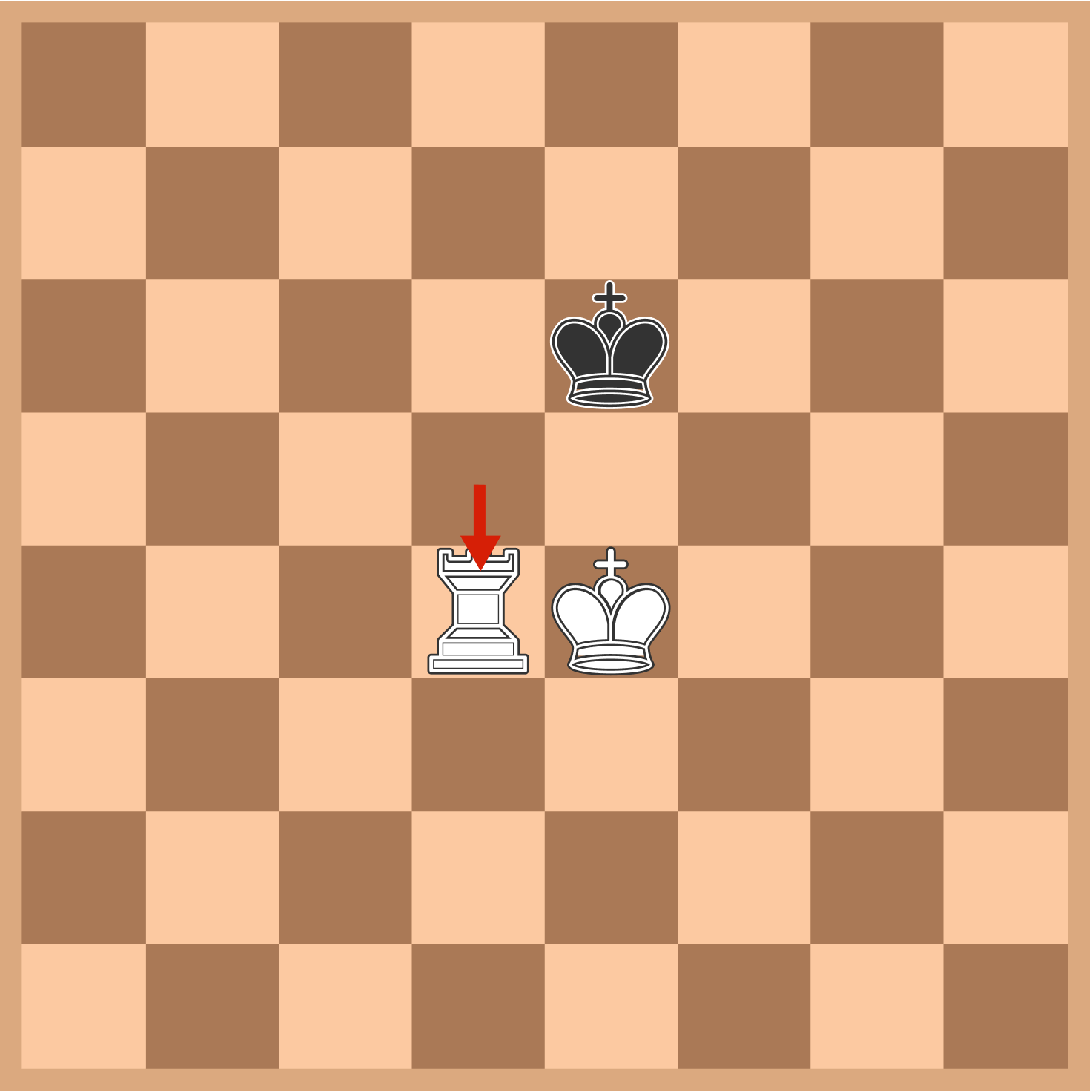 which will force the opposing king to move suboptimally: if it moves to the right, white responds by giving check with the rook, then repeating the process. If it moves somewhere else, White can follow with the king, thus further restricting black's movement.

The algorithm is thus as follows:

Note the implicit use of Zugzwang in this algorithm, forcing Black to make a move when he would rather simply pass his turn.

As before, this does not give the fastest possible checkmate, but it works reliably and is easy to execute. 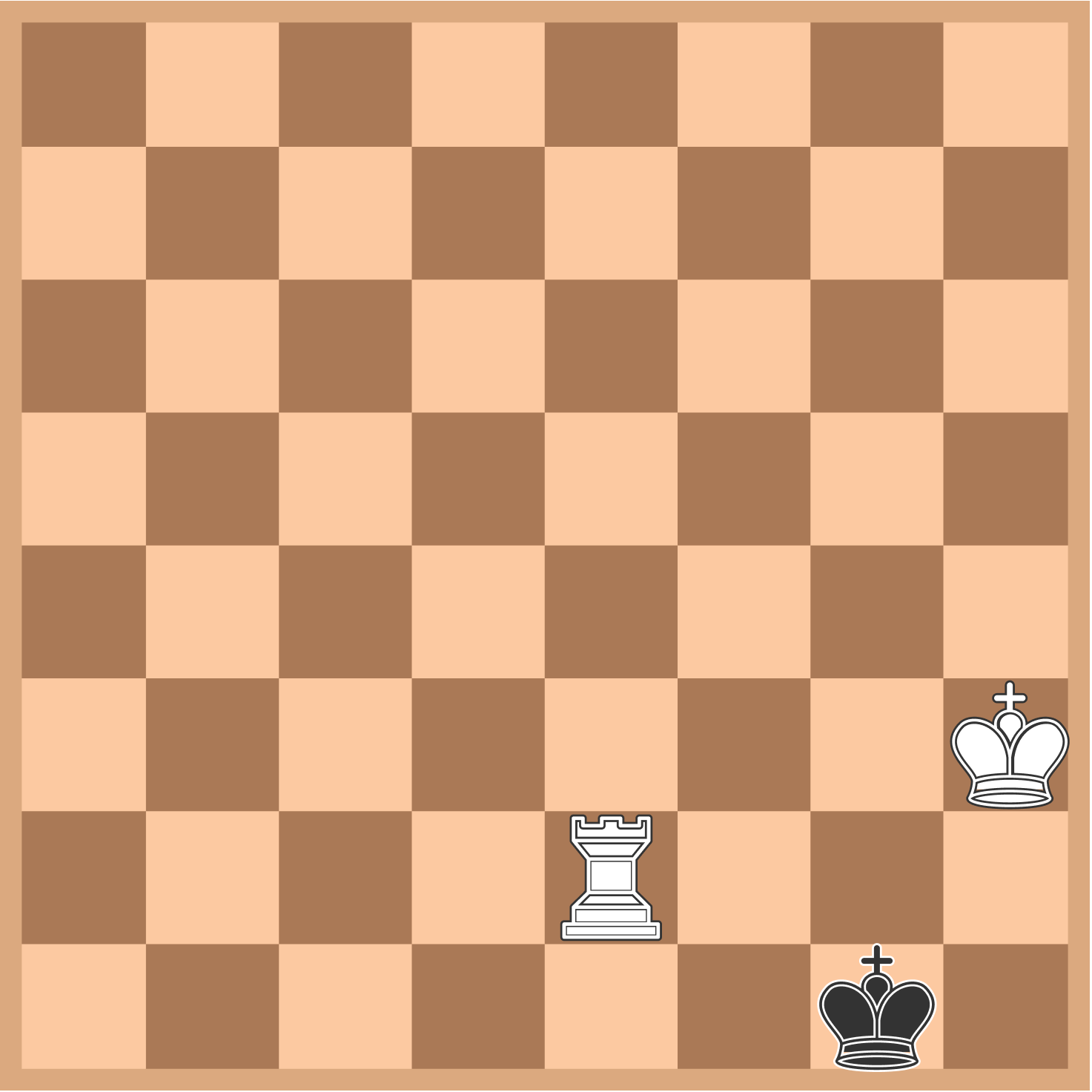 Find the minimum number of moves for White to checkmate Black.

The next natural question to ask is whether a minor piece (bishop and knight) is sufficient to checkmate the opponent. Here, the answer is no; in fact, there is no way to give checkmate at all, even if the opponent cooperates! The best the stronger player can achieve is stalemate, and so the logical conclusion of the game would be a draw.

However, a pawn is sometimes enough material to win, as it can be promoted into a queen or a rook, with the above algorithms then taking effect. This is an excellent example of the importance of reduced games: by knowing offhand that king+queen vs. king can be won (and how to win it!), it can also be established that if a position where the pawn safely promotes can be reached by force, then the original position must have been winning as well.

There are various other endgames that are worth analyzing for this purpose, the most famous of which are rook endgames due to their high representation in practical play. Some of the more common are as follows: 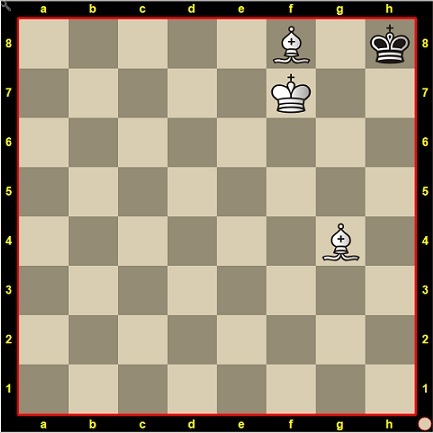 White to move. What is the least number of moves for white to checkmate the black king? Assume both sides play optimally. If you think that checkmate is not possible, input your answer as 0.