The efficient market hypothesis is a theory that market prices fully reflect all available information, i.e. that market assets, like stocks, are worth what their price is. The theory suggests that it's impossible for any individual investor to leverage superior intelligence or information to outperform the market, since markets should react to information and adjust themselves. Any intelligent investor buying a stock is doing so because they believe the stock is worth more than the data (typically historical returns, projected returns, macroeconomic trends, industry trends, etc.) support it being worth. They think that the data is wrong and undervaluing the stock. Economists counter that investors are either buying riskier stocks and undervaluing the risk or succeeding through chance. Put another way, as Burton Malkiel says in his book, A Random Walk Down Wall Street, the efficient market hypothesis means that "a blindfolded chimpanzee throwing darts at the Wall Street Journal could select a portfolio that would do as well as the experts."

As this, essentially, suggests that the tens of thousands of experts who work as active investors are worthless, it has been heavily critiqued. These critiques, themselves, come from successful investors like Warren Buffett who points to the undervaluing of "value stocks" (as opposed to the sexier growth stocks), behavioral economists who point to humanity's inefficiencies, and experts who have used valuations techniques, like dividend yields and price-earnings ratios to generate higher returns.

French mathematician, Louis Bachelier is considered to many to be the first to apply probability theory to markets.[1] Though his work didn't reach a wide audience until the 1950s and 1960s. Eugene Fama is credited, over the course of his career, for much of modern theories of efficient markets, expanding Bachelier's initial work, and starting with Fama's publication, in 1965 of his PhD thesis. Both used mathematical models of random walks and were influenced by Hayek's 1945 argument that markets are the most efficient way to aggregate information.

Efficient markets are said to exist in varying degrees of efficiency, generally categorized as weak, semi-strong, and strong. These degrees of strength pertain markets responding to information.

In strong efficiency markets, all public and private information is reflected in market prices. This includes insider information (and thus if there are laws prohibiting insider information from being made public, strong efficiency is not in place). In such a market investors, overall, cannot earn excess returns because the market has priced in historical and future (trend) information. Those individual investors are said to consistently outperform the market, maybe doing so simply because any log-normal distribution of thousands of fund managers will include some that consistently outperform the average.

In weak efficiency markets, there is a chance that investors can make some money in the short term, that markets only reflect all currently available information in the long term. However, markets do, eventually, reflect all available information, and it contends that historical data does not have a relationship with future prices, i.e. Investors cannot use past data to predict future prices and gain excess returns.

Behavioral Economics
Behavioral economists (and behavioral psychologists) study the cognitive bias that humans have and that lead to irrational decision making. At a high level, these biases could prove that investors are inefficient, both signaling that they aren't going to beat the market (consistent with EMH) and that there are arbitrage opportunities to exploit their inefficiencies (inconsistent with EMH). For instance, people have been shown to employ something called hyperbolic discounting, i.e. given two rewards, humans tend to prefer the reward that comes sooner to the one that comes later. And investment fund managers can suffer from this same bias; in some cases their bonus this year is predicated on their returns this year, not their long-term returns, potentially leading to making okay short-term decisions at the expense of great long-term options. Other economists point to herd mentality, loss aversion, and the sunk cost fallacy for reasons why investors will not outperform the market.

Bubbles
Stock market bubbles--like the dot-com bubble of the late 90s, and the housing market bubble of the early 2000s--are acknowledged analomies in the EMH. For a period of time markets (and investors) systematically overestimated a set of assets, until they came crashing down. Economists contend that even rare statistical events are allowed under log-normal distributions. But investors counter that there is an arbitrage opportunity here--that some savvy investors made money by realizing these assets were inflated, and that once the market crashed, the assets were deflated. Economists, in turn, counter back that it's hard or abnormal to realize this in real time, and that few investors arbitraged successfully. For instance, in the case of the dot-com bubble, the available information actually supported some of the prevailing high valuations. With internet usage doubling every few months, one could conceive that this would continue (as it inevitably did with a handful of dot-com era companies--Amazon, Ebay, Yahoo--deservedly achieving the same or higher valuations that they had back in the late 90s).

Successful Investors and Value Investing
Some notable investors, Warren Buffett being one, contend that investment techniques, like value investing, have let them outperform the market, even when most other investors do only as well as index funds would. Value investing is a technique, pioneered by Benjamin Graham and David Dodd, in which the investor, generally, buys securities that are underpriced according to some form of analysis (see dividend yields and P/E ratios below).

In a famous 1984 lecture at Columbia Business School, Warren Buffett talked about nine successful investors that are not merely statistically outliers on a log-normal distribution curve of efficient markets, “So these are nine records of 'coin-flippers' from Graham-and-Doddsville. I haven’t selected them with hindsight from among thousands. It’s not like I am reciting to you the names of a bunch of lottery winners...I selected these men years ago based upon their framework for investment decision-making...It’s very important to understand that this group has assumed far less risk than average; note their record in years when the general market was weak. While they differ greatly in style, these investors are, mentally, always buying the business, not buying the stock. A few of them sometimes buy whole businesses. Far more often they simply buy small pieces of businesses. Their attitude, whether buying all or a tiny piece of a business, is the same. Some of them hold portfolios with dozens of stocks; others concentrate on a handful. But all exploit the difference between the market price of a business and its intrinsic value.”

These, and other value investors, look at fundamental analysis like the following to determine predictable patters: 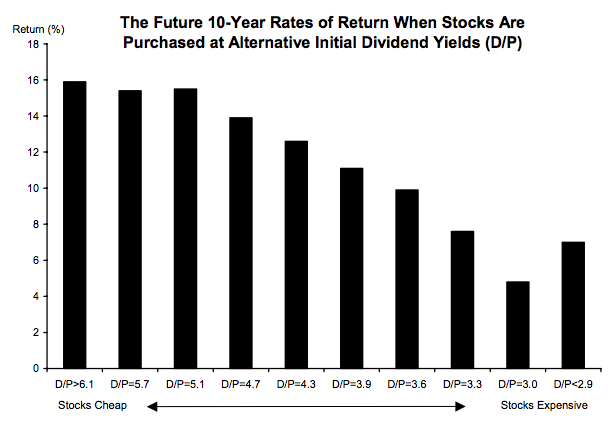 The primary evidence for the efficient market hypothesis is the preponderance of studies showing that active investors do not outperform the market. There is a substantial body of work showing that mutual fund managers do not outperform the market [3][4][5][6]. This is even true for investors that have performed well in the past. Like stocks, past performance is not an indicator of future success. And many have concluded that the fees that investment advisors charge cause their customers to underperform the market overall.

A number of studies have specifically looked at how the market responses to new information, theorizing that if it is an efficient market individual announcements should not, on average, raise the price of stocks because this information would already be priced in.[7] [8]

Fama's response to significant anomalies, where the market over or under reacts, is that "an efficient market generates categories of events that individually suggest that prices over-react to information. But in an efficient market, apparent underreaction will be about as frequent as overreaction. If anomalies split randomly between underreaction and overreaction, they are consistent with market efficiency." "The important point is that the literature does not lean cleanly toward either [over or under reaction] as the behavioral alternative to market efficiency. "

Stocks are highly sensitive to interest rates. If low-risk government bonds general significantly high levels of interest, investors will prefer them to their risky stock alternatives. As such, stock prices can go up or down based on interest rate prices (again the market should price in expectations about whether interest rates will change). As an example, suppose that stocks are priced as the present value of the expected future stream of dividends: r=PD​+g Where r is the rate of return,
D is the dividend yield,
P is the price, and
g is the growth rate.

Suppose the "riskless rate" on government securities is 4%, and the risk premium on equity investments is 2%. Also suppose that there is a stock that is expected to have a growth rate of 2% and a dividend of $2 per share, what should the equity be priced at?

In the example on the efficient market hypothesis wiki, we said that in a market where the "riskless rate" is 4%, the risk premium is 2%, the dividend yield is $2, and the expected growth rate is 2% then the stock, priced only as the present value of the expected value of the stream of future dividends, should be worth $50.00. This follows from the formula: r=PD​+g
What happens when the interest rate rises to 5%? How much should the stock price increase or decrease if nothing else changes?

The principal suggestion from Efficient Market Hypothesis Advocates is to minimize costs (both fees and taxes if possible). Warren Buffett himself has agreed that most investors do not outperform the market, saying in his 2013 letter[9] that after his passing, his money will be invested for his family in the following way: "10% of the cash in short-term government bonds and 90% in a very low-cost S&P 500 index fund. (I suggest Vanguard’s.) I believe the trust’s long-term results from this policy will be superior to those attained by most investors--whether pension funds, institutions or individuals--who employ high-fee managers."

In private, some active investors gleefully appreciate the spread of the Efficient Market Hypothesis and the shift to passively managed funds. Because the fewer people actively managing funds means fewer people to compete with. They would argue that active managers play a role in ensuring market efficiency and with fewer active managers the market will become less efficient, presenting the few that are left with more opportunities. I.E. that as more people believe in the efficient market hypothesis and passively manage their funds in indexes, the markets will become less efficient and open up opportunities for active money managers.

Overall, some consider the whole theory something of a paradox. Statistically it seems valid, but there are numerous anomalies and numerous investors with long term periods of success (for instance Berkshire Hathaway's 51 year compound annual return is 19-20% a year versus the S&P's 9.7%). There is compelling evidence on both sides, but one of the greatest advantages the theory has propelled is to point out investors' historical overreliance on investment professionals and the massive industry predicated on this need.