The halting problem is a decision problem in computability theory. It asks, given a computer program and an input, will the program terminate or will it run forever? For example, consider the following Python program:

Halting problem is perhaps the most well-known problem that has been proven to be undecidable; that is, there is no program that can solve the halting problem for general enough computer programs. It's important to specify what kind of computer programs we're talking about. In the above case, it's a Python program, but in computation theory, people often use Turing machines which are proven to be as strong as "usual computers". In 1936, Alan Turing proved that the halting problem over Turing machines is undecidable using a Turing machine; that is, no Turing machine can decide correctly (terminate and produce the correct answer) for all possible program/input pairs.

The decision problem H, for Halting problem, is the set of all {⟨p,x⟩∣program $p$ halts on input $x$}, for an appropriate definition of "program" (usually "Turing machine"), and where ⟨⋅⟩ denotes some kind of encoding. A Turing machine A solves H if, given any input ⟨p,x⟩, it terminates in an accepting state if ⟨p,x⟩∈H, and terminates in a rejecting state otherwise. Note that it doesn't matter whether p terminates because it accepts, or because it rejects, or because it gets some kind of error; as long as it terminates and doesn't loop forever, A should accept it.

Suppose there exists a Turing machine A that decides H. Now consider a Turing machine B defined as follows: it takes an input ⟨p⟩, runs A on input ⟨p,⟨p⟩⟩, and halts if and only if A rejects. That is, B takes a program p, runs the supposed Turing machine that decides the halting problem on the input "program p, input ⟨p⟩"; based on the outcome, if it says "yes, p on input ⟨p⟩ halts", then it loops forever, otherwise if it says "no, p on input ⟨p⟩ doesn't halt", then it terminates. Note that ⟨p⟩ is the encoding of a program p into a suitable input (bit-string or natural number), and hence can be accepted as input by another program.

Consider what happens when B receives ⟨B⟩ as input. It runs A on the input ⟨B,⟨B⟩⟩. We now have two cases:

In both cases, we derive a contradiction. This contradiction happens because we assumed the existence of A; its existence allows us to create B that behaves incorrectly. Thus A cannot exist, and so no Turing machine can decide H.

One way to visualize this is to think of apps on a phone. Apps are types of Turing machines. Sometimes apps crash your phone because they get caught in a loop and do not halt. Let’s supposes a clever team releases an app to check for this. This app, the Checker app can solve the Halting problem. 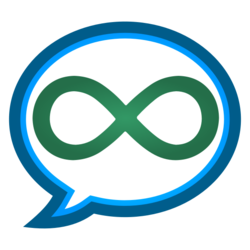 Consider the following algorithm which when fed with another algorithm and an input, tells if the program halts:

Now which of the following is true?

A. The construction is correct; The halting problem is only undecidable for computers with infinite memory

B. The construction is wrong; Snapshots of a simulation cannot be captured by a computer program

C. The construction is wrong; The simulation might run into a previously encountered snapshot but still halt.

D. The construction is correct; It solves the halting problem in general for any computer

E. The construction is wrong; The described construction cannot be written as a finite program in a proper computer.

Note: The construction refers to the algorithm described, which is the one that is supposed to solve the halting problem.

The Busy Beaver problem is the problem of determining the maximum number of steps an n state Turing machine will take before halting.

If the halting problem could be solved, many other problems could be decided:

It is useful to know about the kinds of problems that are undecidable because it helps us to understand the limitations of our computation models.

The halting problem on usual computers is also decidable. To see this, note that there are a finite number of bits in the memory, and thus a finite number of possible configurations the computer can be in. If a program ever repeats a configuration, it will never terminate. Thus a Turing machine, with infinite memory, can simulate the program. By Pigeonhole Principle, if there are N configurations that the program can be in, but we have simulated the program for N+1 steps, we must have visited a configuration twice and thus the program will never terminate. So halting problem for usual computers is also decidable using a Turing machine.