Hydrogen Peroxide - is a chemical compound with the formula H2O2. In its pure form, it is a pale blue, clear liquid, slightly more viscous than water. Hydrogen peroxide is the simplest peroxide (a compound with an oxygen–oxygen single bond). It is used as an oxidizer, bleaching agent and antiseptic. Concentrated hydrogen peroxide, or "high-test peroxide", is a reactive oxygen species and has been used as a propellant in rocketry.[4] Its chemistry is dominated by the nature of its unstable peroxide bond. 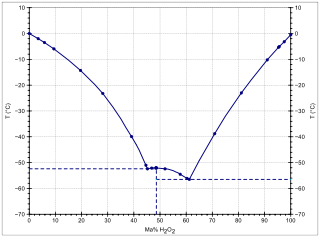