A linear model is an equation that describes a relationship between two quantities that show a constant rate of change.

We can represent the position of a car moving at a constant velocity with a linear model. 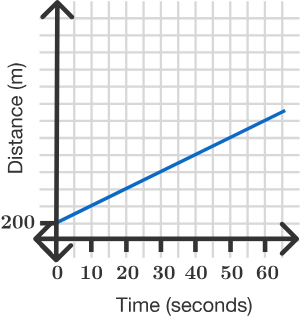 What is the equation of a line with slope 4 and y-intercept 6?

To write a linear model we need to know both the rate of change and the initial value. Once we have written a linear model, we can use it to solve all types of problems.

A gym has 100 members. The gym plans to increase membership by 10 members every year. Write an equation to represent the relationship between the number of members, y, and the years from now, x.

The table below shows the cost of an ice cream cone y with x toppings. Write an equation that models the relationship between x and y.