A mixture contains two or more distinct chemical substances. The components of a mixture interact physically, but no chemical reaction takes place. There is no rearrangement of valence in any of the substances involved in the mixture. Mixtures, unlike compounds, can be separated again using physical methods such as filtration or distillation. 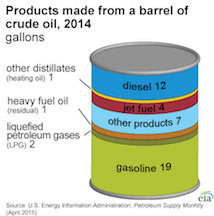 Many mining and mineral extraction processes require separating mixtures to extract and purify the desired products. Crude oil is a more complex mixture, containing many different types of hydrocarbons. The components of the mixture are more industrially valuable once they have been separated.

Mixtures lack the drama and excitement of chemical reactions: there are no explosions and the color changes are subtle at best, but in their own way, mixtures are even more interesting than reactions because of that subtlety. Mixtures allow for stability. It would be bad for your health if every oxygen atom that entered your lungs reacted with the first molecule it came in contact with!

Chemical mixtures can be as simple as a cube of sugar stirred into a mug of hot water. The sugar seems to disappear, but if the water is boiled or left sitting long enough to evaporate at room temperature, the mixture separates again, with solid sugar molecules left behind in the mug.

Waste disposal is another field where it is crucial to understand the properties of chemical mixtures and how to separate them. Hazardous waste separated from non-hazardous waste is cheaper to dispose of. This diagram shows how wastewater mixtures can be separated into their liquid and solid components, then treated appropriately such that the water can be recycled. 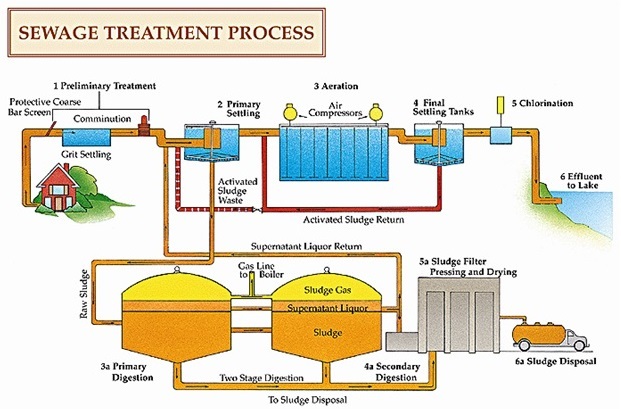 All three phases of matter can participate in mixtures. Mixtures may contain only one phase (all gases or all liquids, for example), or they may contain multiple phases. Coca-cola and other carbonated sodas are a gas-liquid mixture.

Homogeneous mixtures are those which have a uniform composition throughout. The components of the mixture are interspersed at a molecular or atomic level. In the sugar example mentioned previously, the sugar molecules are separated from one another by the water molecules, and a sample from any part of the mixture would contain roughly the same proportion of sugar molecules and water molecules. Another way of phrasing that is to say homogeneous mixtures are defined as those in which the molar ratio of components remains constant.

By contrast, heterogeneous mixtures have distinguishable phases. If someone added plastic cubes resembling sugar cubes to a mug of hot water, the result would still be a mixture, but no amount of stirring would make it homogenous. A sample taken from the top of the mug might contain only water molecules.

We take 1L water(Density= 1 g/mL) in beaker and dissolve 10 g common salt (sodium chloride) in it. When the salt is completely dissolved, we took out 10 mL of the solution in another beaker and named it as sample A. Is A homogeneous? If yes then calculate the amount of salt present in it. (Assume that the salt has no effect on the total volume of the mixture.)

Yes, sample A is a homogeneous mixture because salt dissolves in water uniformly.

Let number of moles of Sodium chloride in A=x

Since the molar ratio remains constant in homogeneous solution,

Identify the solute and solvent in each of the following examples

(3) Oxygen is the solute and steam is the solvent. There are fewer moles of oxygen than of steam. (We can calculate the number of moles using the ideal gas law, PV=nRT)

Some properties of solutions are:

(1) The size of the particles involved is usually less than 1 nanometer.

(2) The solute and solvent cannot be separated by centrifugation, decantation, or filtration.

The particles of X in water can not be seen even with microscope. It forms homogeneous transparent mixture and no residue is left on filter paper on filtration. Particles do not settle down due to gravity. X could be:

A new mother goes to the pharmacy to pick up an antibiotic for her child, who has an ear infection. The child is two years old, and cannot swallow tablets, he has been prescribed a liquid medication. The pharmacist tells the mother that this medicine, an amoxicillin suspension, must be shaken before every dose is given, but he doesn't tell her why. The mother is distracted and in a hurry. She quickly leaves with the medication, and dismisses what the pharmacist told her. Her child had an ear infection last year, and she didn't shake the bottle before giving him his medicine, and it worked fine. However, three days later the child is even sicker, even though he has been taking the antibiotic. What happened?

Some liquid antibiotics are homogenous solutions, and others are heterogenous suspensions. It's possible that the last time this child was given an antibiotic, it was a solution that had a uniform concentration of the drug. However, in a suspension, the drug separates and moves toward the bottom of the bottle. Without shaking the medication, the mixture at the top of the bottle does not contain the correct concentration of the drug, so the child is not actually getting enough medication to kill the infection.

Depending on the nature of a mixture, many physical processes can be used to separate it into its components. Some of them are listed below. 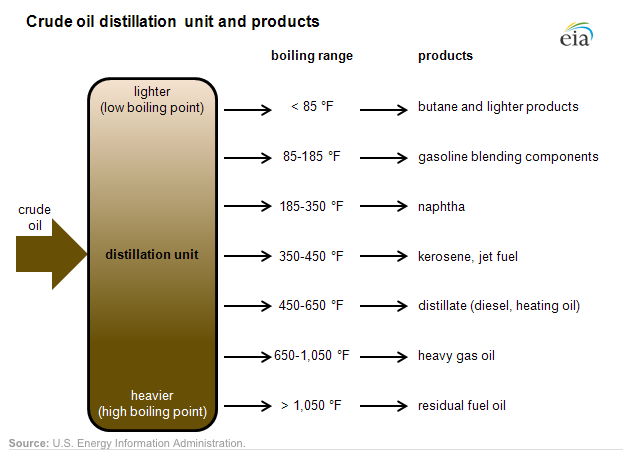 Crude oil is separated by fractional distillation, because hydrocarbons with different masses boil at different temperatures [3]. 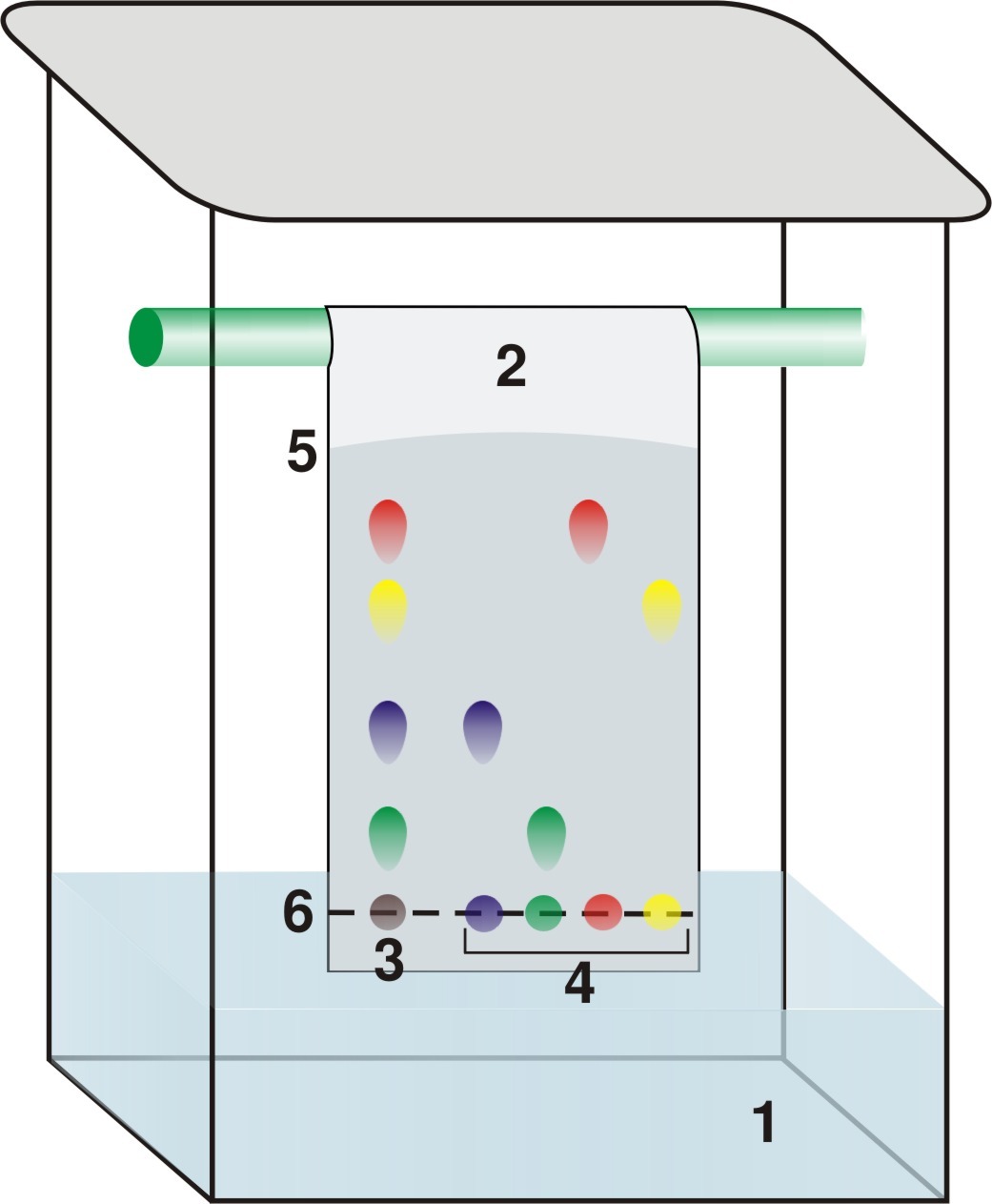 In thin layer chromatography (TLC), the mixture is dotted on a silica gel plate (the solid phase. The end of the plate is placed in a jar of solvent (the moving phase), and capillary action slowly carries the solvent up the plate. As the solvent moves, it encounters the mixture and moves particles from the mixture up the silica plate. The distance the particles moves depends on their polarity. This is a quick and cheap way to tell if a chemical is pure, or how many components are in a mixture. [4]

[4] Image from https://commons.wikimedia.org/wiki/File:Paper.jpg under Creative Commons licensing for reuse and modification.