This is an advanced topic in option theory. Please refer to this wiki Options Glossary if you do not understand any of the terms.

Note that vega isn't an actual greek letter. It is often represented by nu (ν), which looks like a "v".

The vega of an option is the sensitivity of the option to a change in volatility:

As with the other Greeks, the units of vega are often ignored/unstated. It has a unit of σ$​.

How much would the call option be worth if volatility increases by 5%?

The vega of an option is always positive. We know that this is instinctively true, since when volatility goes up, we should be increasing the price of protection/insurance which the options offer.

As volatility increases, what happens to the price of an option?

The put-call parity states that C−P=S−Ke−rt. Let us differentiate this equation with respect to volatility:

Since the underlying price S and the present value of the strike Ke−rt are independent of volatility, the RHS is 0. Thus, we obtain

This tells us that the vega of the call and the put on the same strike and expiration is the same. Thus, to know the vega of an option on a strike, we can consider either the call or the put option, or even consider the case of the straddle!

To better understand how vega changes with respect to the underlying, see the wiki Vanna.

Let's consider the graph of vega against the underlying: 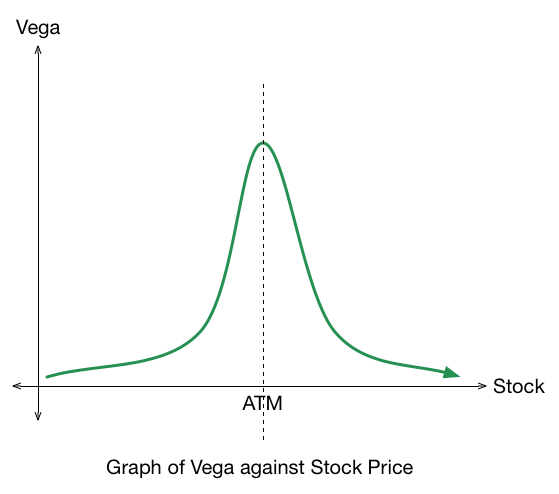 Which of the following options (on the same expiry) has the largest vega when the stock is trading at 100?

Let's consider the graph of vega against volatility: 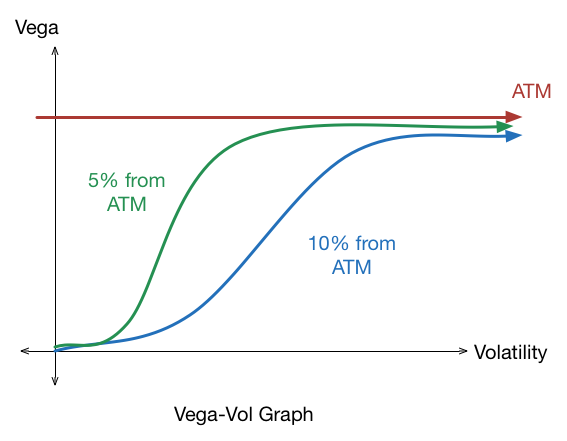 The stock is trading at 50. For the 55 strike, suppose that we are given the graph of option's vega against volatility. The option has a volatility of 10. 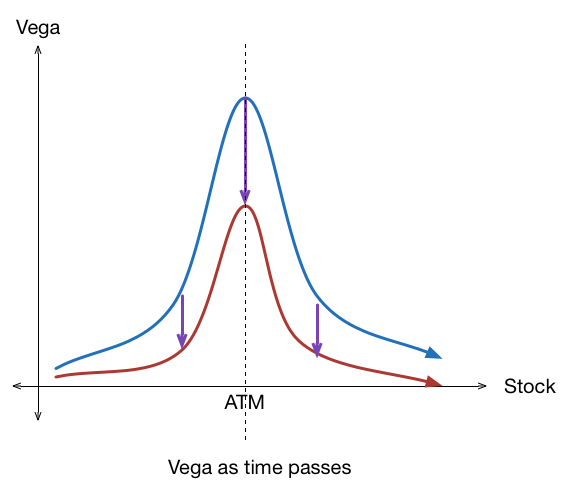 When the stock is trading at 100, which of the following options have the largest vega?