The power of a point P with respect to a circle centered at O is a measure of distance from the point to the circle, defined by

There is a special case when P lies outside of the circle and one of the lines is a tangent, in which case 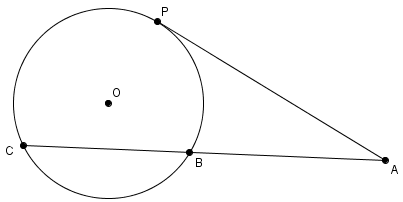 In the figure, AP is tangent to the circle centered at O, AB=BC, and AP=32​. Find the length of AC.

Two circles O and Q are orthogonal: their radii are perpendicular at their intersection point P, as shown above. Then the line AD is drawn such that it passes through both centers and intersects the arcs at points B and C. 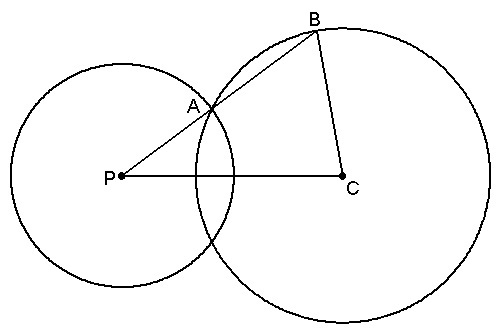 If your answer is of the form ba​, where a and b are coprime positive integers, find a+b.