In both these diagrams, the blue angle y is a reference angle of the red angle x.

Graphs in trigonometry are cyclic, that is, repeating. 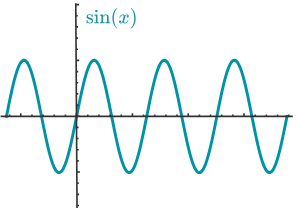 In order to simplify calculations, then, we can repeatedly add or subtract 2π from an angle until it is in the range [0,2π) and know that the basic sine, cosine, and tangent will be the same.

However, we can still do better than that! Consider that on the unit circle, the sine is the same as the y-coordinate. That means if we have the sine of an angle in the second quadrant, it will be identical to the sine of an angle in the first quadrant. Reflecting the angle over the y-axis preserves the sine; this can also be accomplished by subtracting from π, which gets the same value as the reference angle! 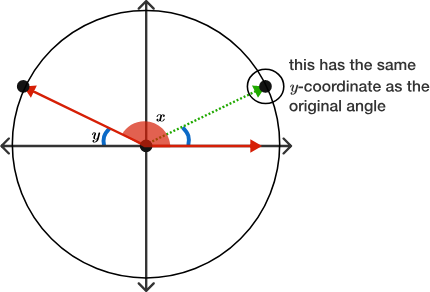 The same idea of equivalence through reflection can allow the reference angles to be used as a proxy for the trigonometric functions across the entire unit circle.

Otherwise, to find the reference angle: 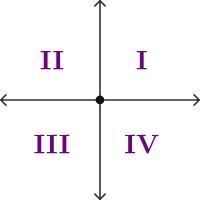 Using the chart above, the rules below then apply.

Then applying the fact the tangent of an angle is just the sine divided by the cosine: