To successfully solve problems about graphs and charts on the SAT, you need to know how to create and read: 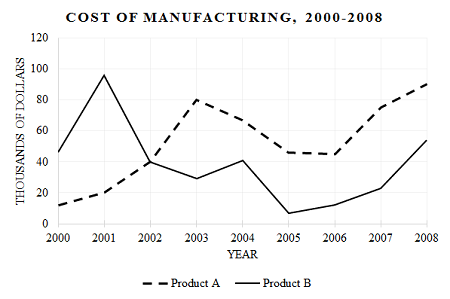 (A), (B), (D), and (E)
The two lines do not intersect in any of these years. Therefore, the manufacturing costs for the two products were different in these choices. 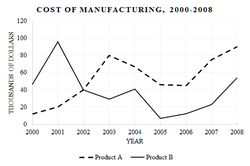 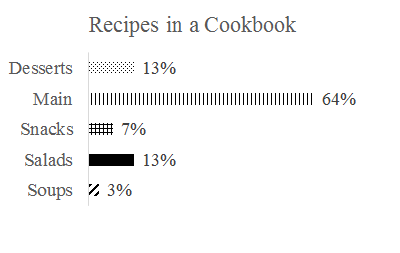 The bar graph above shows the distribution of recipes in a certain cookbook. Which of the following pie charts most accurately displays the same data?

Only the pie chart in choice (A) corresponds to the given bar graph. Therefore, it is the correct answer.

If you thought these examples difficult and you need to review the material, these links will help: