Given two points A and B on one side of a line, find C a point on the straight line, that minimizes AC+BC.

Click here for a visual of the problem. You can explore and try to find the minimum distance yourself.

However, here is the mathematical approach used by Heron. He noticed that if B is reflected across the line, to some pointB′, then for any point C on the line, ∣CB∣=∣CB′∣, and hence minimizing ∣AC∣+∣CB∣ is equivalent to minimizing ∣AC∣+∣CB′∣. The shortest path from A to B′ is a straight line, so the point C that minimizes ∣AC∣+∣CB′∣ should be on the line AB′. Any other position of C will increase ∣AC∣+∣BC∣. 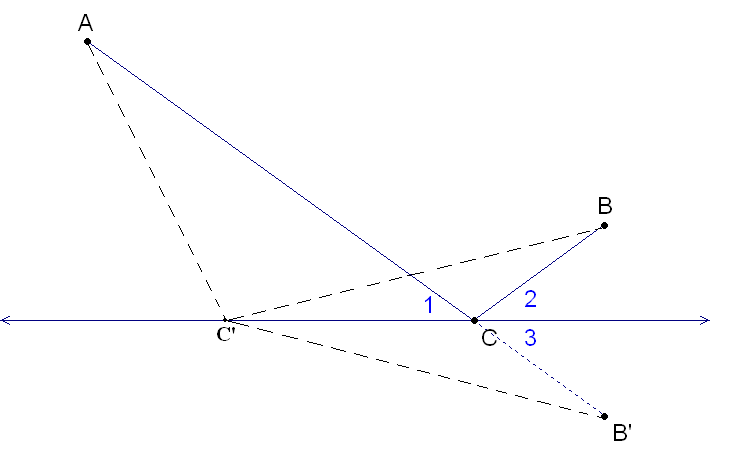 In addition m∠2=m∠3 because C is at an equal angle to B and B′, and m∠1=m∠3 since these are vertically opposite angles. Therefore, m∠1=m∠2. This is the equal angle law of reflection. It was Euclid who, over three hundred years earlier, had noted the now well-known Reflection Law for light:

Euclid's Law of Reflection states that if a beam of light is sent toward a mirror, then the angle of incidence equals the angle of reflection.

This as we have found, is true when the value of ∣AC∣+∣BC∣ is at its lowest: so light always takes the shortest path!

In fact, the mirror in the Equal Angle Law of Reflection need not be flat. We may replace the line in Heron's problem by any concave curve (a curve is concave if it lies entirely on one side of any tangent line). In this case, the angles are measured with respect to the tangent line, and the same argument used by Heron shows that if C is such that the angle of incidence equals the angle of reflection, then ∣AC∣+∣BC∣ is minimized. 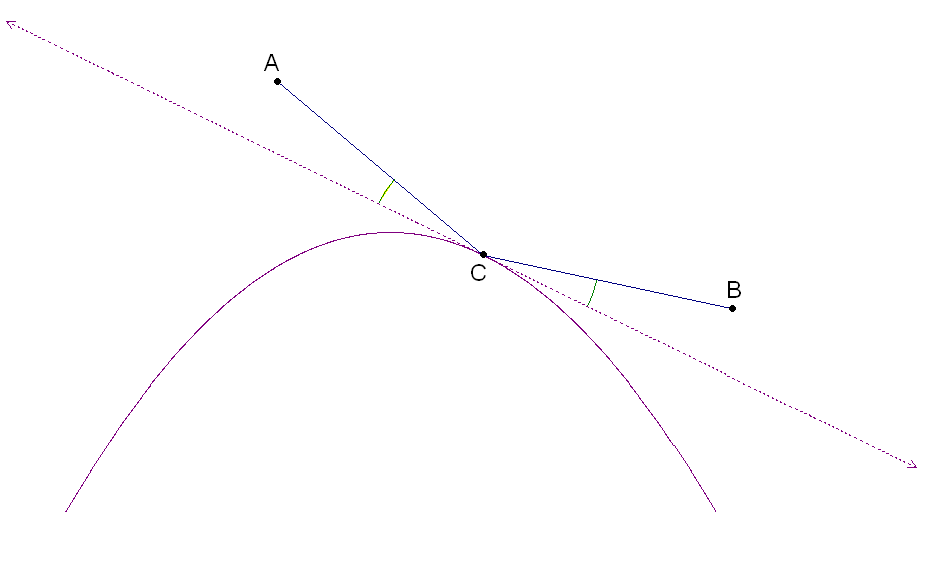 An interesting application of the Law of Reflection arises in the case of a light beam sent toward a parabolic mirror, where the light beam is parallel to the axis of the parabola. A parabolic mirror is one whose surface is generated by rotating a parabola about its axis. Suppose the parabola has focus F and directrix L, and that the light beam GA hits the parabola at A. Recall from Roberval's construction of tangent lines to parabolas that the tangent line at A bisects the angle ∠FAB. Hence m∠1=m∠2. Since ∠2 and ∠3 are vertical angles, m∠2=m∠3. Hence m∠1=m∠3. So by the Equal Angle Law of Reflection, the light beam will be reflected in the direction AF. This will be true for any point A on the parabola. 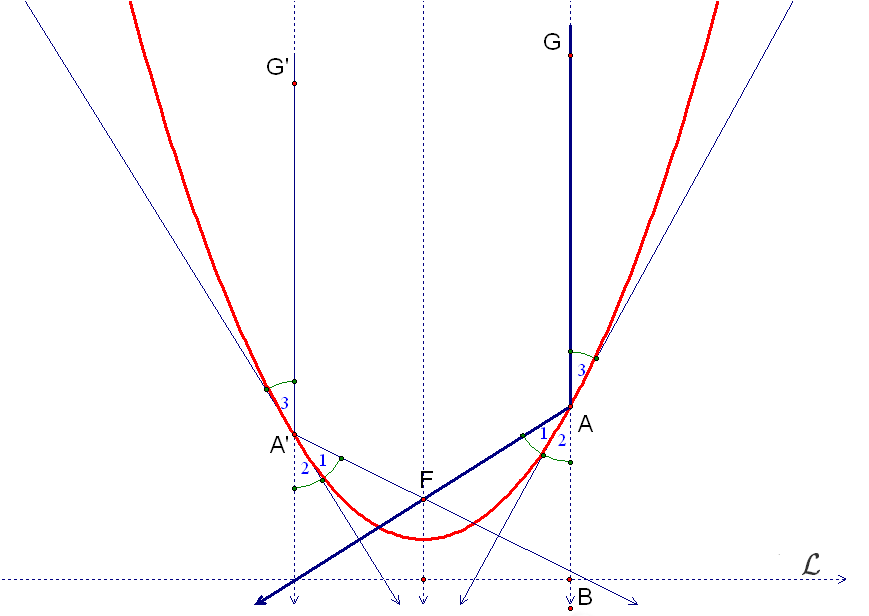 There is a legend about Archimedes, in which he is said to have used a parabolic mirror to defeat the Roman General Marcellus. Supposedly, he tilted the mirror toward the sun in such a way that all the sun's rays when reflected off the mirror went through the focal point. The heat generated at that point caused a fire to ignite and destroy the entire Roman fleet.

You can see this problem visually here.

This is the general concept used in the following problem: 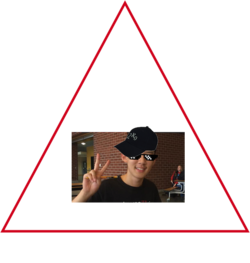 Walking to a vertex of the triangular room counts as touching both walls adjacent to the vertex.