Sound is a mechanically propagating pressure wave in a material medium, and is a typical example of longitudinal wave. When in a certain range of frequency, it causes the sensation of hearing.

Sound energy, like light energy, obeys the laws of reflection:

The following experiment demonstrates the laws of reflection for sound waves:

Take a smooth polished large wooden board and mount it vertically on a table, at right angles to the wooden screen. On each side of the screen place a long, narrow, and highly polished tube from inside. Place a clock at the end of one tube. Move the other tube slightly left or right, till a distinct tick of the clock is heard. Measure the angles of incidence and reflection, and you will find that they are equal. Thus, the experiment illustrates the law of reflection. 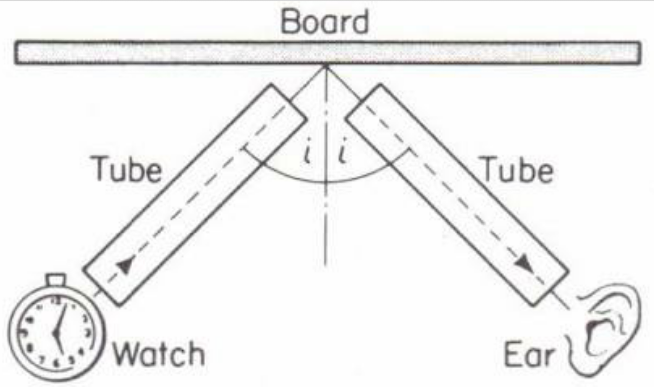 When you have to call someone at a far-off distance (say 100 m), what do you do? You cup your hands and call the person with the maximum sound you can produce. Why do you cup your hands? It is because the hands prevent the sound energy from spreading in all directions, much the same way people use horn-shaped metal tubes, commonly called megaphones, while addressing a group of people in fairs or tourist spots. Similarly, the loud-speakers used at the public address system have horn-shaped openings. In all such devices, sound energy is prevented from spreading out by successive reflections from the horn-shaped tubes. 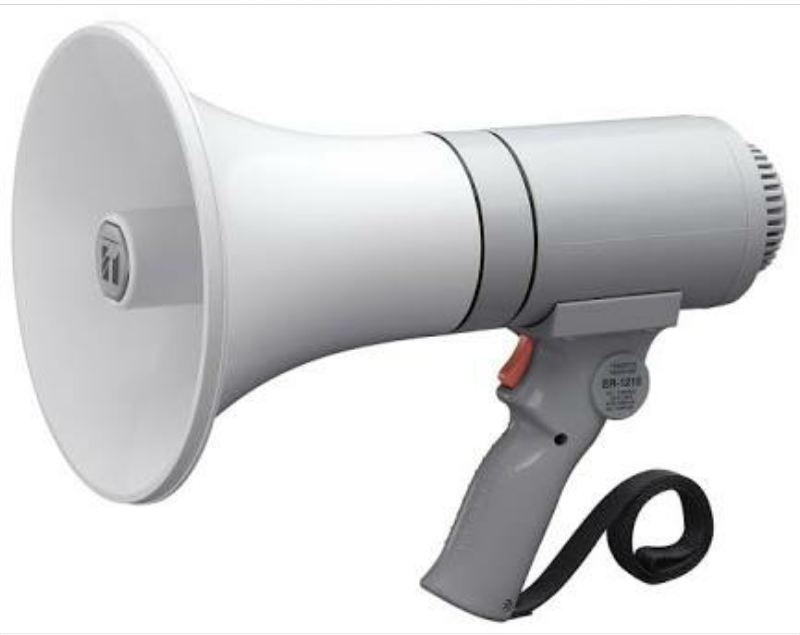 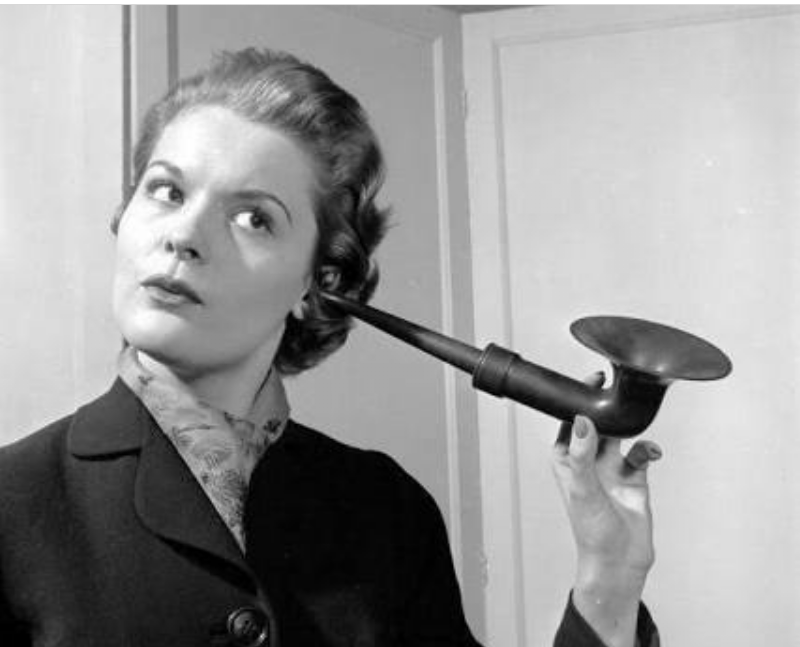 Sound waves obey the laws of reflection on plane as well as curved reflecting surfaces. In order to spread sound evenly in big halls or auditoriums, the speaker is fixed at the focus of a concave reflector which is commonly called sounding board. The sound waves on striking the sounding board gets reflected parallel to the principal axis. So, everyone can hear clearly.

The phenomenon, due to which the repetition of sound is heard after reflection from a distant object (such as a hillock or a high building) after the original sound from a given source dies off, is called an echo.

It has been found that the sensation of any sound lasts for 101​ of a second. This time is called the persistence of audibility or persistence of hearing. Thus, it is clear that if any sound reaches back to the ear in less than the mentioned time, we cannot make out when the original sound died and the reflected sound reached the ear. In other words, no echo is heard. But the observations is different in a contrary situation. 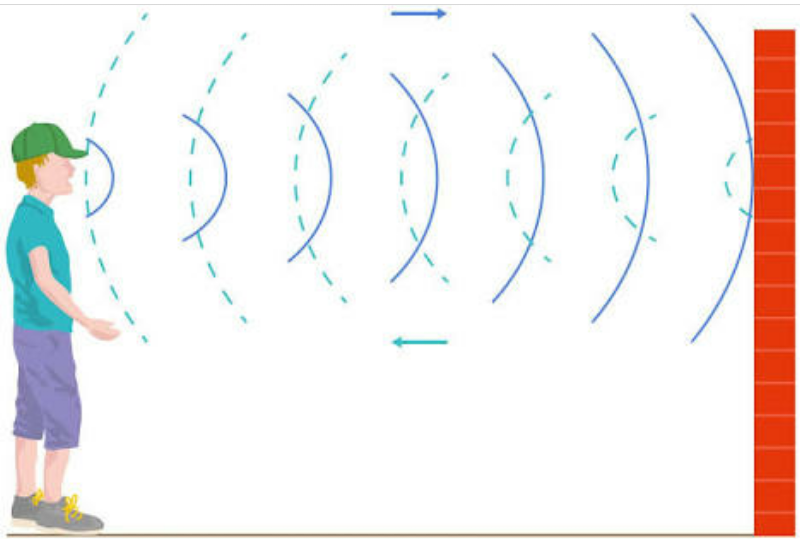 Relation between speed of sound, distance of a reflecting body from a source of sound, and time for hearing an echo:

If t is the time after which an echo is heard, d is the distance between the source of sound and the reflecting body, and v is the speed of sound, then the total distance travelled by the sound is 2d.

Conditions for formation of echoes:

When a series of reflections fall on the ear from various reflectors one after the another in a closed room, thereby forming a continuous rolling sound, reverberation is said to be caused.

Auditoriums are made in such a manner that each person receives the sound signals.

A boy stands 83 m in front of a high wall and then blows a whistle. Calculate the time interval when he hears an echo. Speed of sound is 332 m/s.

A man stands between two parallel cliffs and fires a gun. He hears two successive echoes after 2 seconds and 4.5 seconds. What is the distance between the two cliffs? The speed of sound in air is 332 m/s. 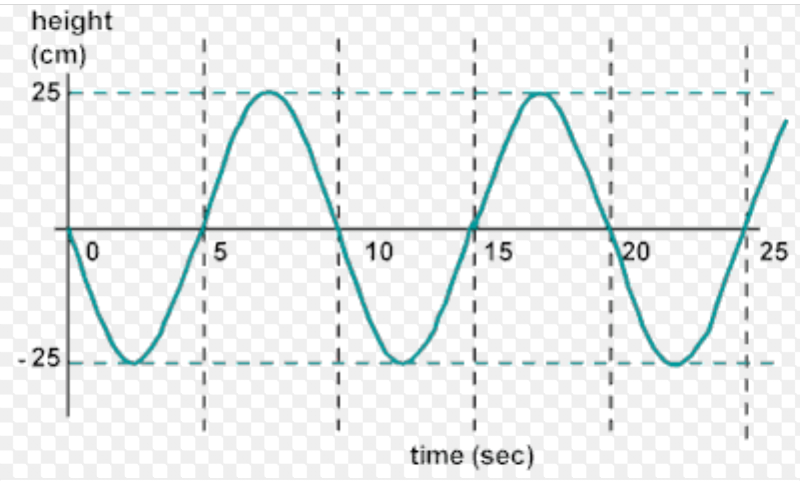 When a simple pendulum is set in motion, it is observed that its amplitude continuously decreases, till it comes to rest. Similarly, the amplitude of any freely vibrating body decreases with the passage of time. However, it is noticed that the frequency or time period of the vibrating body remains the same, and thus the motion is periodic in nature.The damping (decrease in amplitude) occurs due to frictional force, which the surrounding medium exerts on the vibrating body.

Definition: The periodic vibrations of continuously decreasing amplitude in the presence of the resistive force are called damped vibrations.

The frictional force is found proportional to the velocity of the body and the nature of the surrounding material, such as its density, viscosity, etc. Due to frictional force, the vibrating system loses energy, with the result that its amplitude gradually decreases, till it comes to rest. The energy lost by the vibrating body gradually changes into heat energy and is dissipated in the surrounding medium. 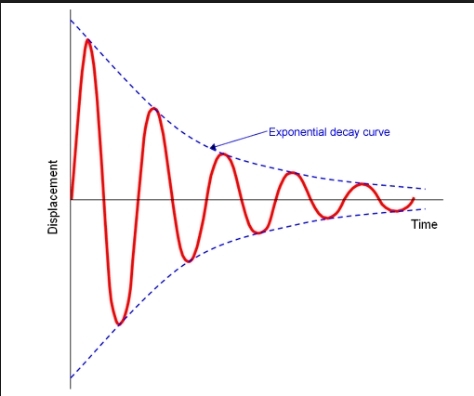 Definition: It is defined as a phenomenon when the frequency of an applied external force is equal to, or is an integral multiple of, the natural frequency of the body on which the force is applied, such that it readily takes up the vibrations and begins to vibrate with an increased amplitude.

Conditions for the phenomenon of resonance: 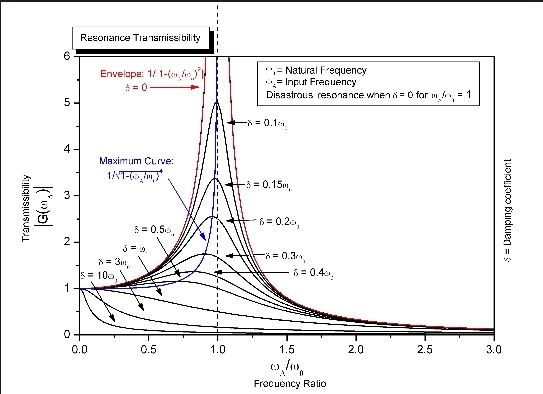 Resonance is a special case of forced vibrations. When the frequency of an externally applied periodic force on a body is equal to its natural frequency, the body readily begins to vibrate with an increased amplitude. This phenomenon is known as resonance. The vibrations of large amplitude are called resonant vibrations.

With which of the following frequencies does a tuning fork of 256 Hz resonate? 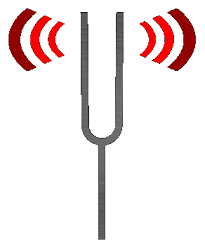 Whenever a string is plucked, it starts vibrating with a specific frequency. The frequency of the note depends upon the following factors:

Sound waves which produce pleasant sensation in our ears and are acceptable are called musical sounds. Sound waves which produce unpleasant sensation in our ears and are unacceptable are called noise. However, it is difficult to differentiate between musical sound and noise because a particular sound may be pleasant and acceptable to someone, but it may be unpleasant and unacceptable to others. Generally, sound waves which are produced by regular periodic vibrations are musical in character, but those produced by irregular non-periodic vibrations of a body are non-musical in character or noise. 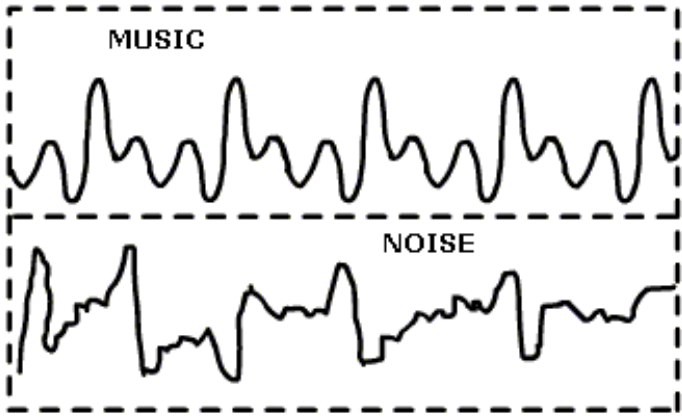