In logic, the square of opposition is a diagram representing the relationship between the four categorical statements: A, E, I, and O. 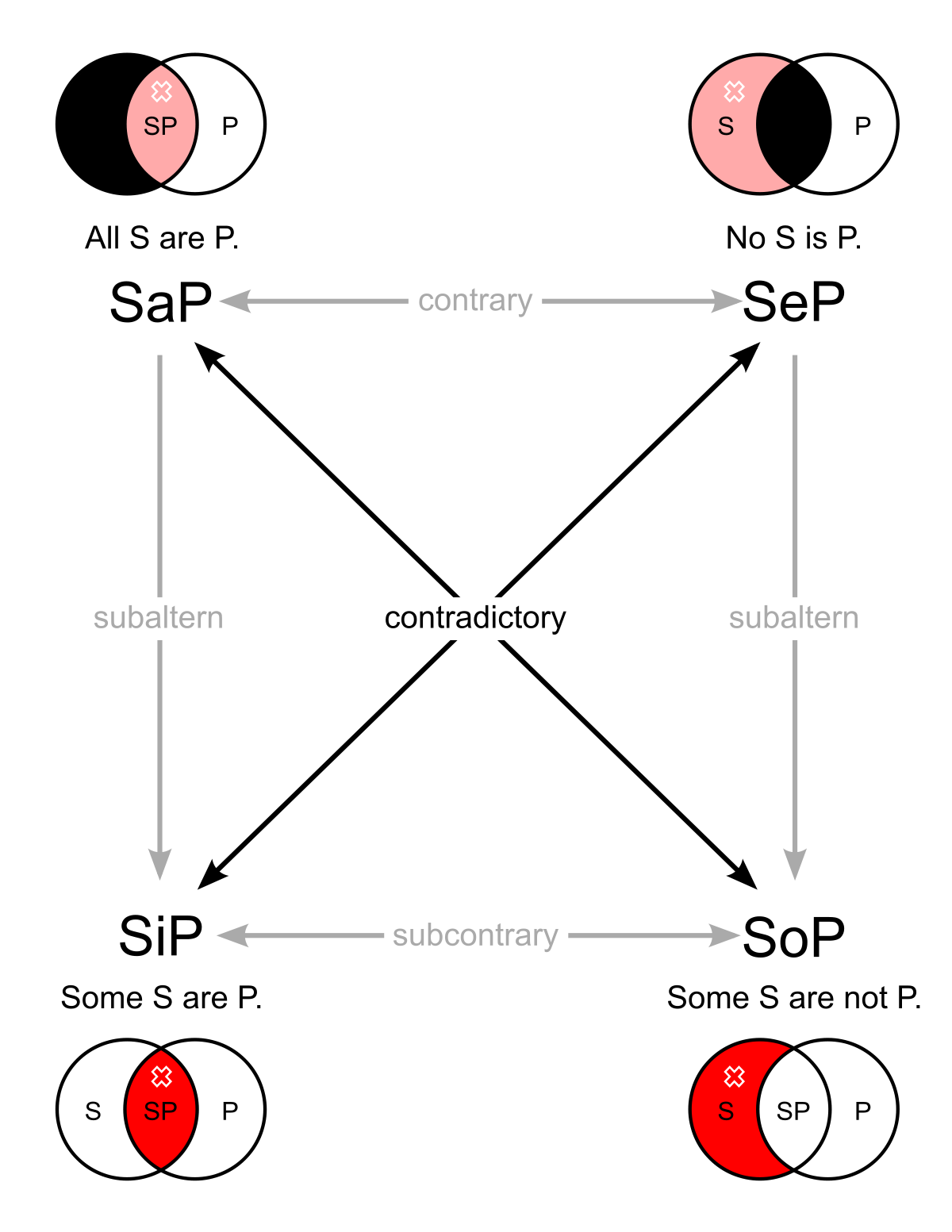 Traditional logic presents the four categorical statements as well as their relationship relative to the others. In the relationship of contradiction, both the A and O statements cannot be the same (either true or false). The same goes for the E and I statements. The contrary states that both the A and E statements cannot both be true, while they can possibly be false. In opposite fashion, the subcontrary allows the possibility for the I and O to both be true, but not both false. The subaltern relationship says that if the A statement is true, then the I statement is also true by extension. If the I is false, then the A is false. It is important to note that these relationships only work one way. This holds true also for the E and O statements' behavior with each other.

Suppose we take the statement, "Some birds are warm-blooded."

We can break the statement down into variables (some B are W), which is an I statement. By contradiction, both the I and the E cannot be true, and given that I is true, the E statement, no B are W, is false. The subaltern does not allow to extrapolate from "some B are W" to "all B are W," so it is left unknown. Also by the rule of contrary, both A and E can possibly be false, so there is no definitive resolution there. By subcontrary, both can be true, and one can be false and the other true, so there is also no answer for the O statement.