In astronomy, standard candles are objects of known luminosity (power output), the distance to which may be accurately gauged by comparison with their apparent brightness as observed from Earth.

You are keeping watch on the deck of a ship at night. You are trying to keep a steady distance from your sister ship, which is sailing alongside you, but it is difficult as you can't see them properly in the night. 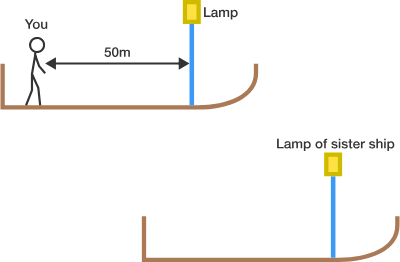 Assuming the light from both lamps spreads equally in all directions, how far (in m) away is the lamp on the other ship?

The intensity of light received at a distance from an object is inversely proportional to the square of the distance. This can be shown by considering a fixed amount of radiation spreading out over the surface area of a growing sphere (Area=4πr2). So if the distance to an object is doubled, the intensity of light received from it will decrease by a factor of four, as the light must cover four times the area. 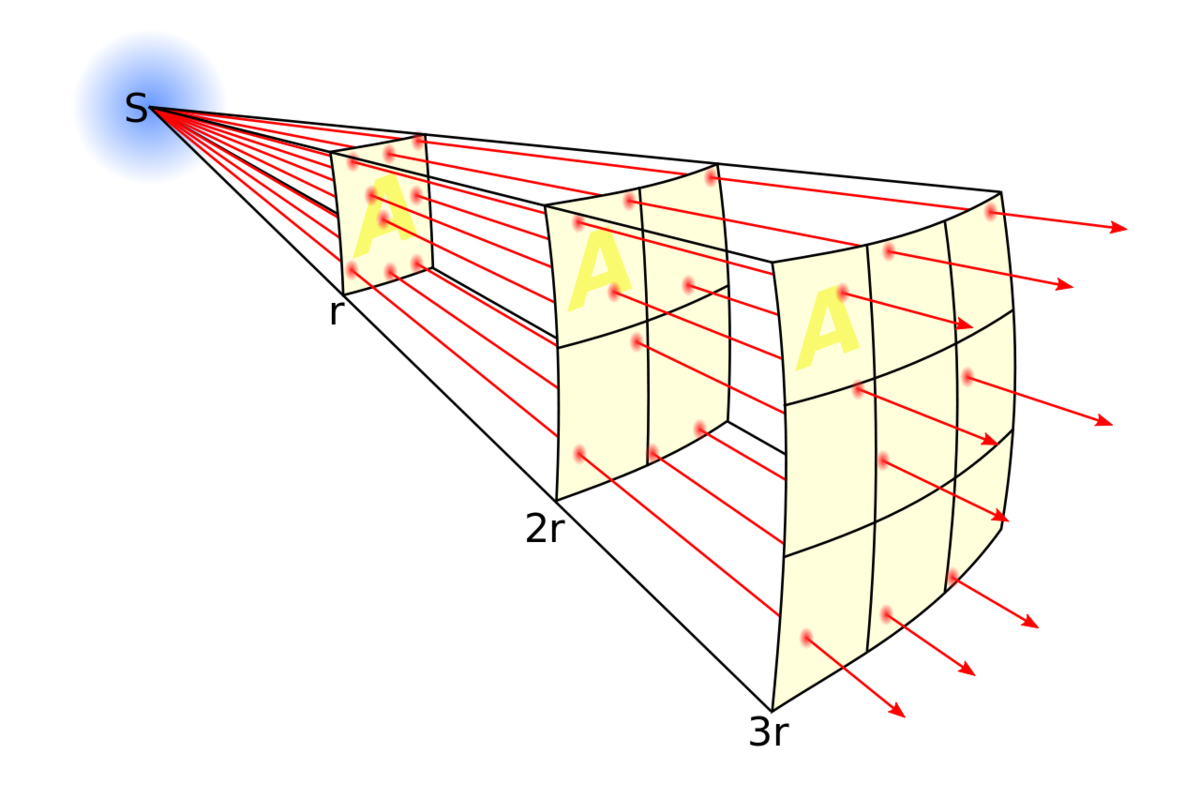 Cepheid Variable stars are a type of star whose luminosity varies in a regular repeating pattern. The time period of each oscillation in brightness is linked in a predictable way to the luminosity of the star. This means that once the period has been measured for such a star, its luminosity is known. This luminosity can then be compared to the intensity of radiation reaching the Earth’s surface from the star to find the distance to the star. 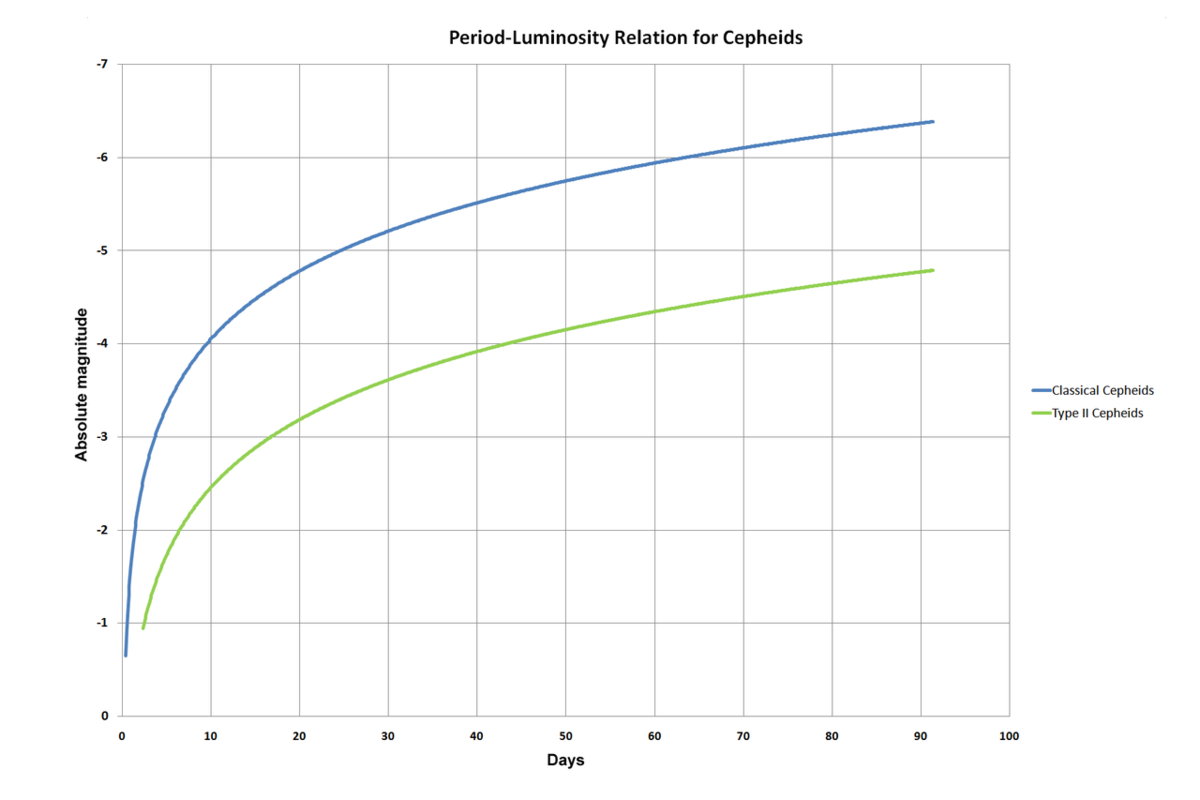 A cepheid variable star's brightness can be predicted by observing the period over which its luminosity varies.

A particular cepheid variable is found by this method to have a luminosity of 4×1031 W. The intensity of its light on Earth is 0.00025 W/m2. How far away is the star in metres?

A supernova is an astronomical event in which an enormous amount of radiation is released in a short period of time - they may briefly outshine entire galaxies. A type 1a supernova is a particular kind of supernova that is thought to be triggered by the accretion of material onto the surface of a white dwarf star. Since the supernova event occurs when the star reaches a predictable mass, the luminosity of the type 1a supernova is also highly predictable, and they can thus be used as standard candles. Since type 1a supernovae are so luminous, they can be used to measure the distance to far more distant objects than can cepheid variable stars.

Approximately how far away can we observe type 1a supernovae, in Megaparsecs?

Type 1a supernovae have allowed us to estimate the distance to far away galaxies. By comparing these distance estimates to the observed light profiles and what we know about Doppler Shift we have been able to find the distance to still more distant objects and estimate the age of the universe.