We know that the structural formula refers to the illustration of a compound which shows the arrangement of the atoms inside it. However, when representing organic compounds, the carbon atoms and the hydrogen atoms attached to them do not necessarily have to be drawn. For example, both of the following structural representations are valid structural formulas of normal butane (C4​H10​):

However, all atoms that are neither carbon nor hydrogen must be displayed. The following is the skeletal formula of dichloroacetic acid: 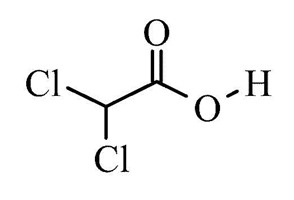 How many carbon atoms and hydrogen atoms does the following molecule have?

Every vertex represents a carbon atom, and any carbon having less than four bonds must have hydrogen atoms attached to them so that every carbon atom has a total of four bonds. Thus, the full structural representation of the given molecule is as follows: 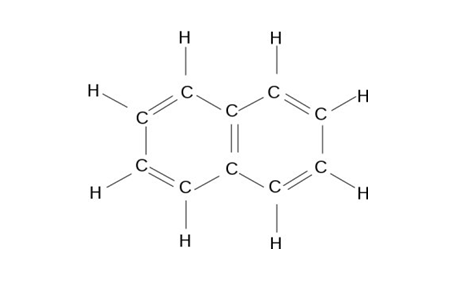 Therefore the given molecule consists of 10 carbon atoms and 8 hydrogen atoms, and its chemical formula is C10​H8​. The given molecule is called naphthalene and the IUPAC name for this compound is Bicyclo Deca-1,3,5,7,9-pentene, which is the main ingredient of mothballs. □​

Wedge and dash projection is a means of representing a molecule (drawing) in which three types of lines are used in order to represent the three-dimensional structure: 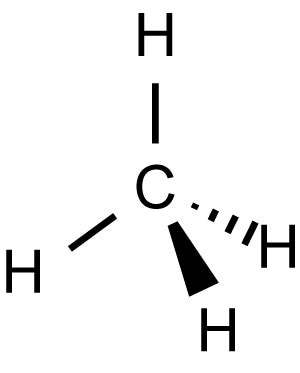 It is a way of representing an organic compound from a rather oblique angle to study its conformations. It is a very efficient way of studying conformations of a compound along with its optical character as it is easily convertible into Fischer projection and Newman projections. In this representation, we observe two carbon atoms bonded with each other along with the groups attached to them from an edge view unlike that in Newman projection in which we observe it from front view.

This here is a saw-horse projection of n-Butane: 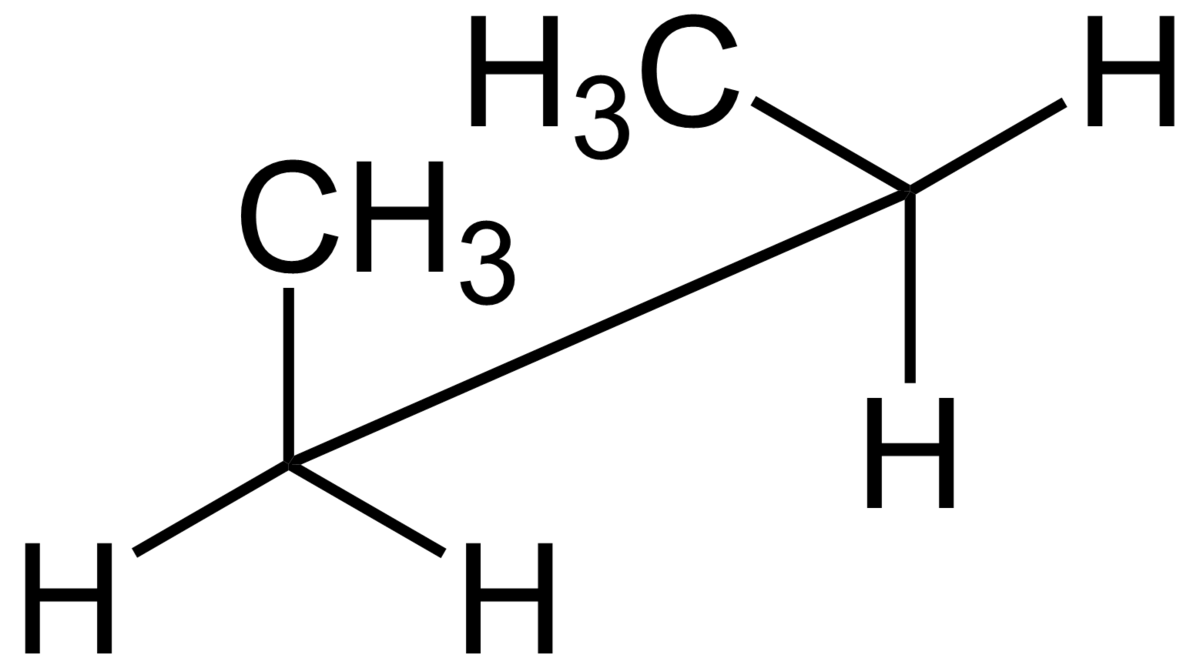 Notice how the perspective is different from that of a Newman projection.

Just as in Newman projection, the saw-horse projection can be eclipsed, staggered, and gauche.


Here are staggered and eclipsed conformations of ethane: