In the consideration of the motion of composite systems, it is often necessary to consider the effects of forces applied at different points within the system and rotations which may be produced as a result. When rotations about a fixed axis are the relevant motion produced, the concept of torque is the relevant quantity for producing changes in the rotation rate. Torque is also referred to as the "moment of a force."

Consider a rigid body free to rotate around a fixed axis as a force F is applied at a distance of r from the axis of rotation. Because the body is "rigid," the effect of the force would be the same if the force were applied anywhere along a line in the body called the line of action. What is relevant is the perpendicular distance from the axis of rotation and the line of action. This perpendicular distance is called the lever arm, l. See the figure below for a description of the quantities in the definition of torque: 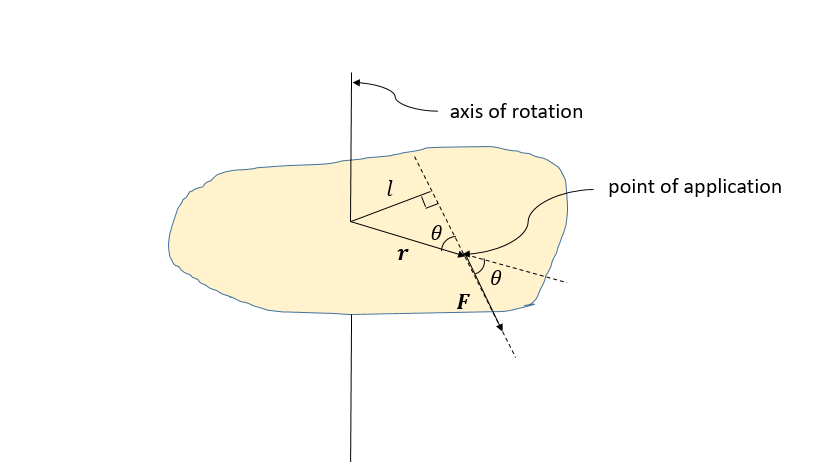 The torque vector, τ, produced by the force, F, has a magnitude given by τ = lF = rFsinθ. The direction of the torque vector is determined from the right hand rule for the cross product, τ = r×F. 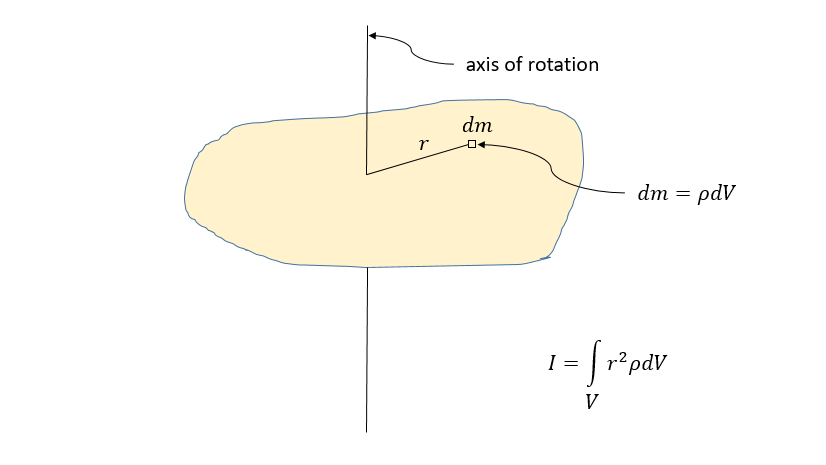 The integral is of the appropriate type, a double integral for a body of negligible thickness or a triple integral in the general case, and extends over the surface area or volume V of the body. The quantity ρ occurring in the integral is the mass density.

When a torque is applied to a rigid body constrained to rotate around a fixed axis, the magnitude of the torque is related to the moment of inertia by τ = Iα, where α is the angular acceleration of the body about the axis of rotation in radians per second squared. This equation is called the rotational form of Newton's second law.

For those who would like more information on moments of inertia in general, please see the following: Newton's Second Law for Composite Systems

Cite as: Torque in the rotational form of Newton's second law. Brilliant.org. Retrieved from https://brilliant.org/wiki/torque-rotational-form-newtons-second-law/
Join Brilliant Excel in math and science. Sign up
Sign up to read all wikis and quizzes in math, science, and engineering topics.
Log in with Facebook Log in with Google Log in with email
Join using Facebook Join using Google Join using email