When approaching shape-hunting puzzles, you can think of yourself as a mathematical explorer and zoologist, cataloging and counting the populations of each species of shape in the figure. When scientific adventurers explored the rain forests of East Malaysia, they classified thousands of species, some common, others extremely rare. For example, they encountered approximately 150 species of frogs alone!

Geometric hunting puzzles can be a very difficult kind of puzzle, even for those well practiced at other kinds of mathematics. Most people don't see at least one kind of triangle in a picture like the one below—either the biggest, smallest, or the ones that are 'upside-down' perhaps. 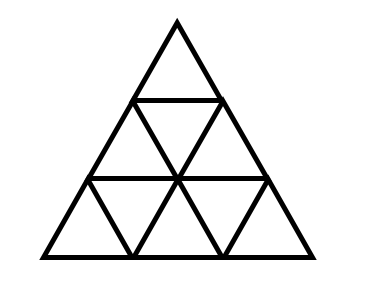 You have to be both creative and meticulous when looking for these rare species that may be very hard to find.

The classic example is that of the triangular "matchstick" configuration as shown below.

The next step is to take a "census" of the different shape types. In this problem, it is fairly straightforward to do the census directly.

There are 9 triangles of side length 1:

There are 3 triangles of side length 2:

Finally, there is only 1 triangle of side length 3: 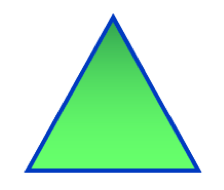 Thus, in total, there are 13 triangles. 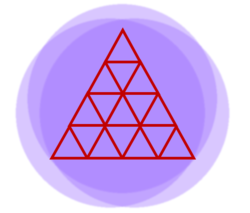 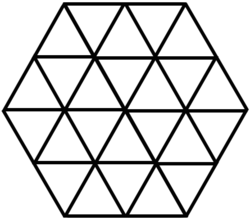 How many regular hexagons can you find in this figure?

The two steps often work in tandem. Sometimes, the choice of what constitutes a "shape type" (for instance, counting a shape and its reflection as the same type) can make the census of shapes easier or harder. If the census turns out to be difficult, it may be worth making different choices for shape type. Many figures display some degree of symmetry that makes the census straightforward.

Throughout the process, it helps to stay as organized as possible. Position, size, and orientation are three common ways to organize cases. For example, one might count all of the "side-length-1 equilateral triangles," then all of the "side-length-2 equilateral triangles," and so on. Alternatively, one might count the triangles by location, first starting with "all of the triangles that have a corner at the very top of the figure," then "all of the triangles that have their highest corner at the second level of the figure," and so on.

To illustrate these principles in action, consider a slightly trickier example consisting of a star inside a pentagon, as shown below. 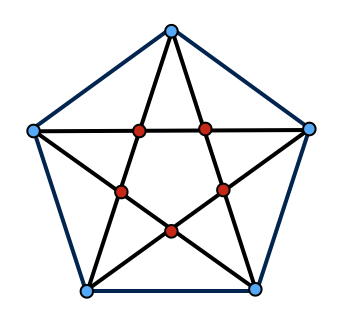 The first step is to go through the figure and consider the distinct types of triangles formed. Instead of doing this in a hodgepodge manner, however, it behooves us to use the natural structure that exists in the shape. Labeling the vertices that form the inner pentagon red and outer pentagon blue, one can consider all possible triangles that contain one, two, or three (blue) vertices from the outer pentagon alone (no triangles can be formed with only inner pentagon vertices).

Actually, by organizing the counting in this way, certain parts of the census become automatic. In fact, it is not even necessary to enumerate explicitly all of the distinct triangles that consist of three outer vertices. One can verify that any three outer vertices form a valid triangle. So, using combinations the total number of such triangles is (35​)=10. 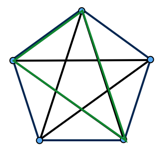 The situation is a little more complicated when considering two outer vertices and one inner vertex, as some combinations of such vertices are collinear (i.e., lie on the same line). Furthermore, each inner vertex is only connected to four of the outer vertices. One can count all such triangles as shown: 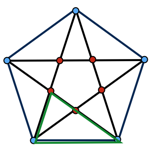 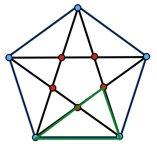 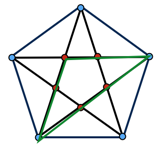 Finally, it holds that each pair of two inner vertices forms only one triangle with one of the outer vertices, of which there are a total of 5.

Although there were certainly few enough triangles that a crude attempt to enumerate all distinct shapes would have worked, relying on systematic counting of some of the cases (e.g., the triangles formed by three outer vertices) and symmetry arguments to reduce the number of cases that needed to be counted simplified the problem greatly. For geometric counting problems, efficiency and organization are often the keys to accuracy. 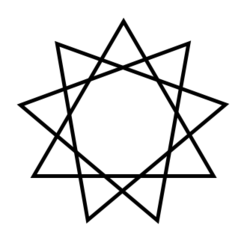 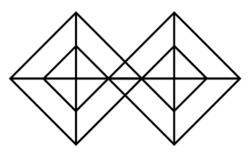 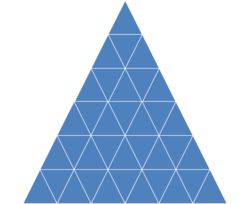 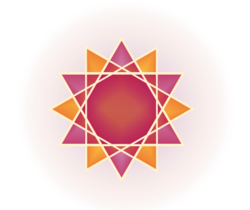 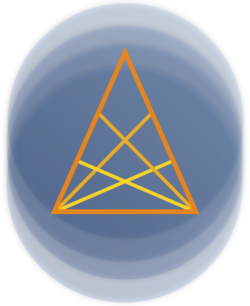 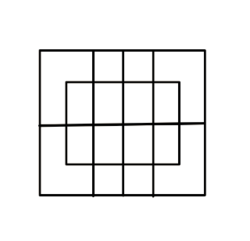 How many rectangles can you find in this figure?