To understand vapor pressure, we must get familiar with the concept of dynamic equilibrium. Let's discuss this through an example. Normally if you leave a cup of water outside, the water will completely vaporize if you give it enough time. This is because "outside" is not a closed system, and the pressure of water vapor will never reach the vapor pressure as the evaporated vapor molecules will fly away. However if you put a cup of water in a small closed area, the surface level will decrease at first but will stay still afterwards. At this point, we say that the water and vapor have reached a dynamic equilibrium state, where the rate of condensation and rate of vaporization are equal. In other words, the rate at which vapor condenses into water is equal to the rate at which water vaporizes, and therefore it looks like nothing is happening. The partial pressure of water vapor will stay at some constant value, which is the vapor pressure. 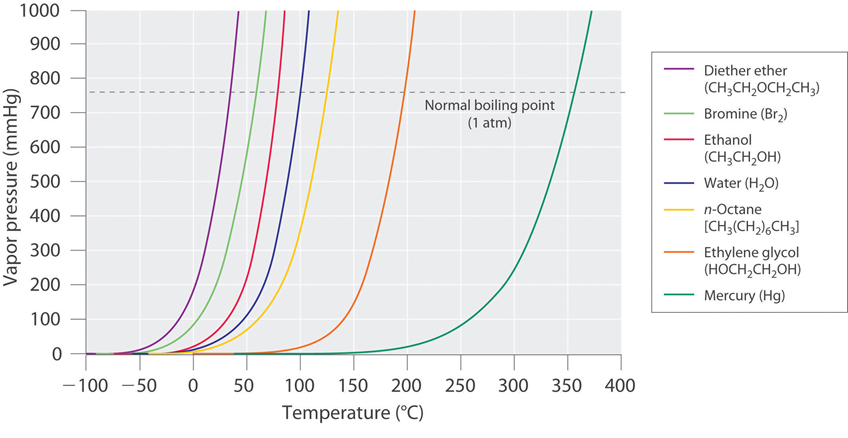 Suppose you have an ideal mixture of 1 mol each of water and ethanol. If the temperature of the solution is 50∘ C and the partial vapor pressure exerted by water vapor is 50 mmHg, what is the vapor pressure of pure water at 50∘ C?