The addition of two vectors is not quite as straightforward as the addition of two scalar quantities. Because vectors have both a magnitude and a direction, one cannot simply add the magnitudes of two vectors to obtain their sum. For instance, if one proceeds 5 miles south and then 5 miles north, the total distance traveled is indeed 10 miles (as distance is a scalar), but the total displacement is zero. The south and north displacements are each vector quantities, and the opposite directions cause the individual displacements to cancel each other out. 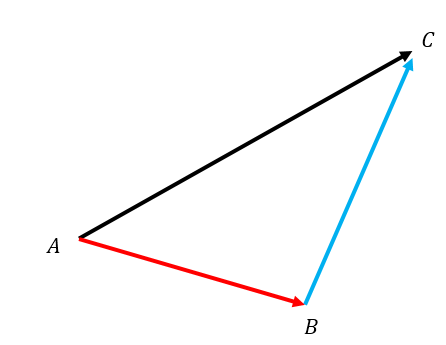 In practice, this is accomplished by first decomposing each vector into some given components (such as into Cartesian coordinates) and then adding the components together.

The sum is known as the resultant vector or simply resultant.

Two vectors of equal magnitude x have a resultant equal to x. Find the angle between the two vectors.

Solution to be added.