Atomic orbitals for the hydrogen atom, for energy levels n=2 to n=4 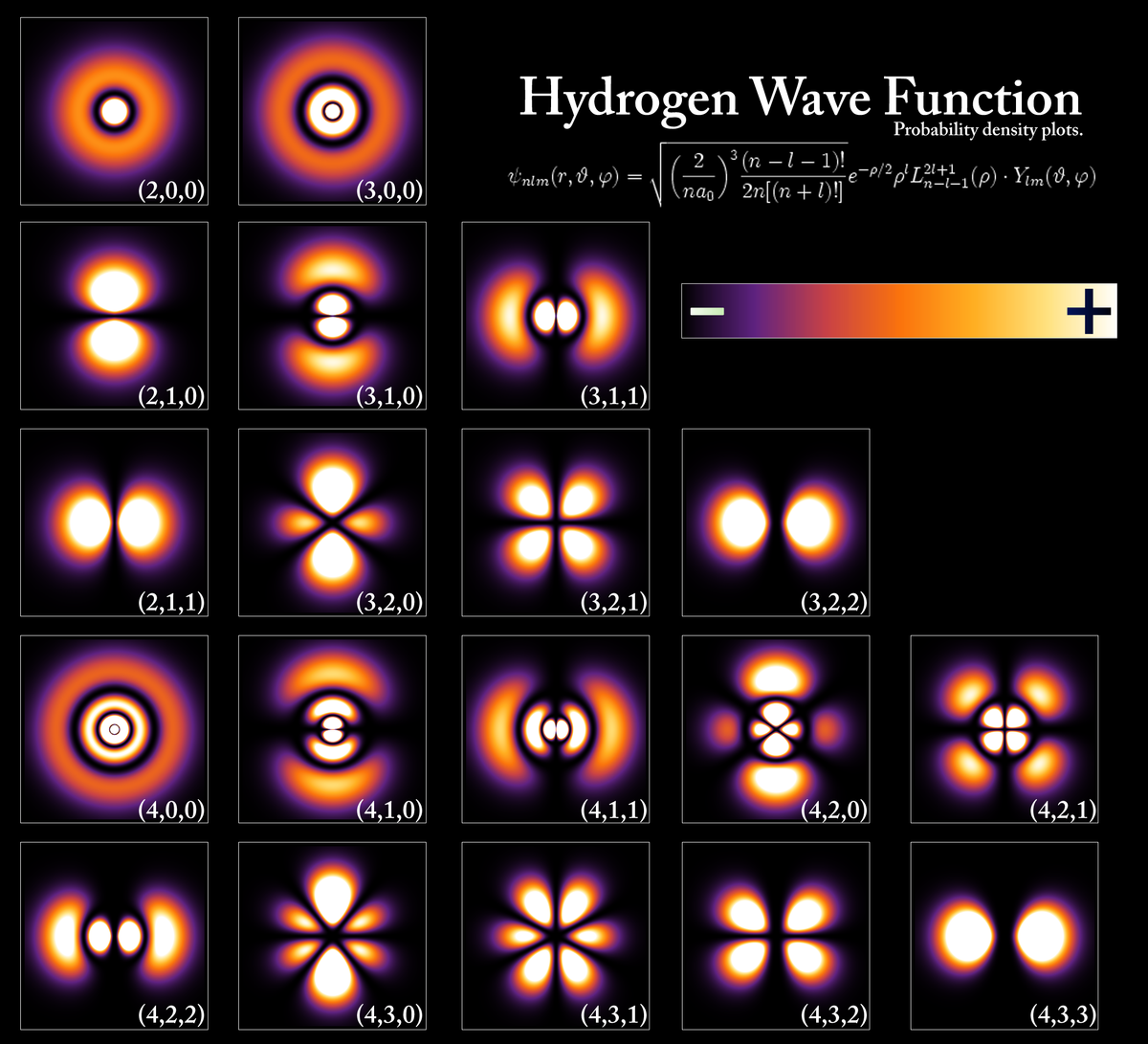 A density plot shows where there is the greatest likelihood of an electron being at any given time. This is what gives orbitals their distinct shapes.