Poisons are chemicals that can cause illness or death. The sixteenth century physician Paracelsus introduced the idea that all substances can be toxic in sufficient quantity, giving rise to this popular adage:

The dose makes the poison.

Poisons come in many different forms including liquids, gases, metals, and organic compounds. They can be absorbed through the skin, digestive system, or lungs. Some poisons work quickly, killing their victims within minutes. Others are undetectable and cause no immediate discomfort, but cause cancer later in life.

Drugs often have a lethal dose. Sometimes, that dose is very close to the therapeutic dose, making it difficult for a patient to get the benefit of their medication without risking adverse effects or organ damage.

Poisons are often organic compounds. Many animals, such as rattlesnakes, use venom to kill and digest their prey. Others, such as poison dart frogs, use a combination of toxic compounds and bright colors as a defense systems. Predators who eat these poisonous species become sick enough that they don't make the same mistake a second time. 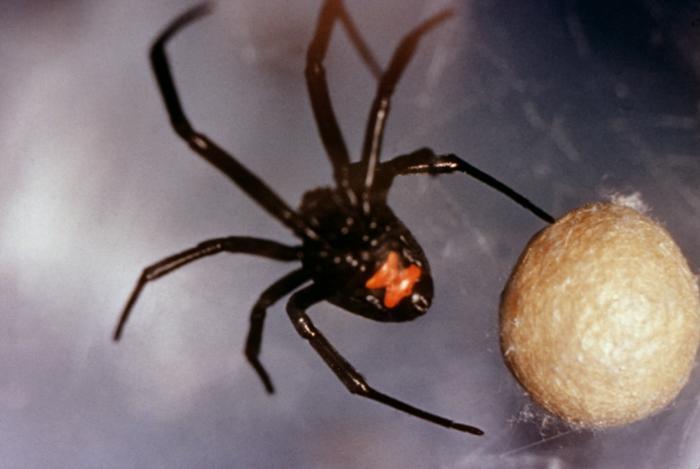 All spiders are carnivorous and venomous. Most are small enough not to cause any trouble for humans, but the bites of recluse spiders (genus Loxosceles) and black widows (genus Latrodectus) can cause painful medical complications.[1]

Mustard gas, (ClCHX2​CHX2​)X2​S, is a basic compound that disrupts the guanine nucleotides in DNA, inhibiting its replication and causing the damaged cell to self-destruct. Mustard gas was used as a weapon during World War I. Though soldiers wore gas masks, their exposed skin absorbed the mustard gas, causing oozing blisters. Their festering wounds were often a death sentence in the pre-antibiotic era.

Lithium has medical uses. It acts as a mood stabilizer in patients with psychiatric illnesses like schizophrenia and bipolar disorder. If the dose becomes too high, lithium starts causing damage to the kidneys.

Mercury is a unique metal that forms a liquid at room temperature. It acts as a neurotoxin. The phrase mad hatter originates from mercury poisoning. In 19th century England, felted material for hats was made by rubbing mercury into animal pelts. The hatters absorbed increasing amounts of mercury over time, leading to neurological disfunction.

Heavy metals are a problematic environmental toxin, because they do not degrade into less toxic materials. Instead, they tend to concentrate over time. A famous case of mass mercury poisoning happened in the Japanese town of Minamata in the 1970's. In the early 20th century, Minamata was a scenic and sleepy fishing village, but by the 1930's, the town became more industrialized, factories manufacturing acetaldehyde for plastics moved into the area and started pumping their waste, which included mercury, into the bay. The mercury was consumed by the fish, building up in higher concentrations over time, particularly in bigger fish that were higher up in the food chain. Species that ate the fish were also exposed to the mercury. Fisherman told stories of cats exhibiting bizarre behavior, jerking uncontrollably, and then falling into the ocean and drowning. By the 1950's, humans were starting to exhibit similar symptoms: constant tremors, stumbling as they walked, or being unable to perform simple tasks like hold a pencil or fasten a button. It took about 20 years for symptoms of mercury poisoning to emerge in humans.

Tetrodotoxin is a poison found in the lungs, sex organs, and skin of pufferfish. Tetrodotoxin blocks the voltage-gated ion channels in the nervous system, inhibiting communication between the brain and the muscles. This substance has a very low lethal dose (micrograms can be deadly), and eating incorrectly prepared fugu can lead to paralysis, heart arrhythmia, and death within minutes. Despite these risks, fugu is considered a delicacy in Japan, and some aficionados consider the tingling sensation of ingesting small amounts of tetrodotoxin an exciting part of the experience. 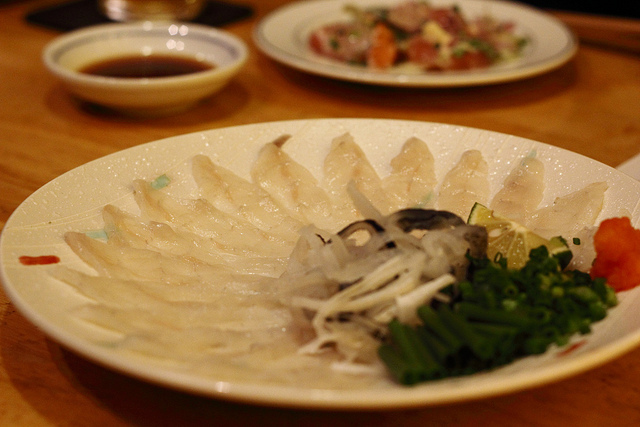 Crotaline snakes are a venomous genus found in North America. They are also called pit vipers, because they have a heat-sensing organ called a pit under their noses that they use to detect the rodents they prey upon. Copperheads, cottonmouths, and all 20+ species of rattlesnakes are pit vipers. Their venom, a complex mixture of proteins, peptides, and enzymes, is neurotoxic and hemolytic. In other words, it allows the snake to paralyze its prey, and start breaking down the mouse's blood cells, essentially injecting its meal with digestive juices. The venom can do major damage to humans, as well as to mice. 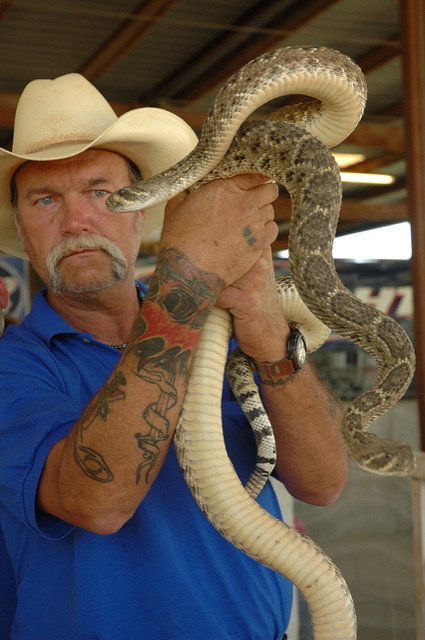 Snake handling, including "snake kissing" and "snake sacking" competitions, are popular in some parts of the United States. These practices explain why so many snake bites occur on the arms and face, while relatively few involve the legs or feet. [3]

Rattlesnake bites are common, and the most typical cases involve young males bitten on the hands, arms, or face (suggesting the human is at least as responsible as the snake is for the encounter). Especially when small blood vessels are involved (such as those in the fingers), the victim is at high risk for extensive tissue death and may lose a digit or an appendage. Additionally, many snakebite victims have an allergic reaction to the snake's saliva or venom, which can lead to a life-threatening reaction.

Antidotes are often portrayed as a magic cure-all in fairytales and fantasy novels--after chasing a witch to the top of a mountain and begging her to brew a rare flower into a glowing potion, the hero takes a long drink and is immediately saved from impending organ failure, suffering no ill consequences from the antidote.

The reality of antidotes is a bit more complicated.

There is an antivenom for crotaline bites called CroFab. It is produced by injecting sheep with small amounts of rattlesnake venom until their immune systems start making an antibody that can bind to the venom and remove it from the body. CroFab is also a large protein, so it produces life-threatening allergic reactions in patients as well. Nearly everyone who receives it will develop an itchy, miserable rash at the very least.

Sometimes, the pros and cons of using an antivenom must be carefully weighed. Consider a black widow spider bite: the toxins cause excess neurotransmitter release, leading to excruciating muscle cramping, nausea, a racing heart, and breathing difficulties that can last for hours. The antivenom cures all of these symptoms. Despite the extreme pain caused by these spider bites, there are no confirmed deaths from black widows' venom. The only confirmed death related to a black widow bite took place when a patient died after having a severe allergic reaction to the antivenom.