There are two different systems for measuring angles: degrees and radians. To measure in degrees, we first consider a full revolution as 360∘. Then by evenly dividing the revolution into 360 parts, each of these parts is 1∘ and for any integer 1≤d≤360, the measure of d combined parts gives d∘. The value 360 satisfies the nice property that it has many divisors (2,3,4,5,6,8,10,12,15,…).

The second system of measurement is by radians, in which we measure an angle by measuring the arc length of the unit circle. Consider a unit circle centered at the origin and let θ denote an angle formed with the positive x-axis. 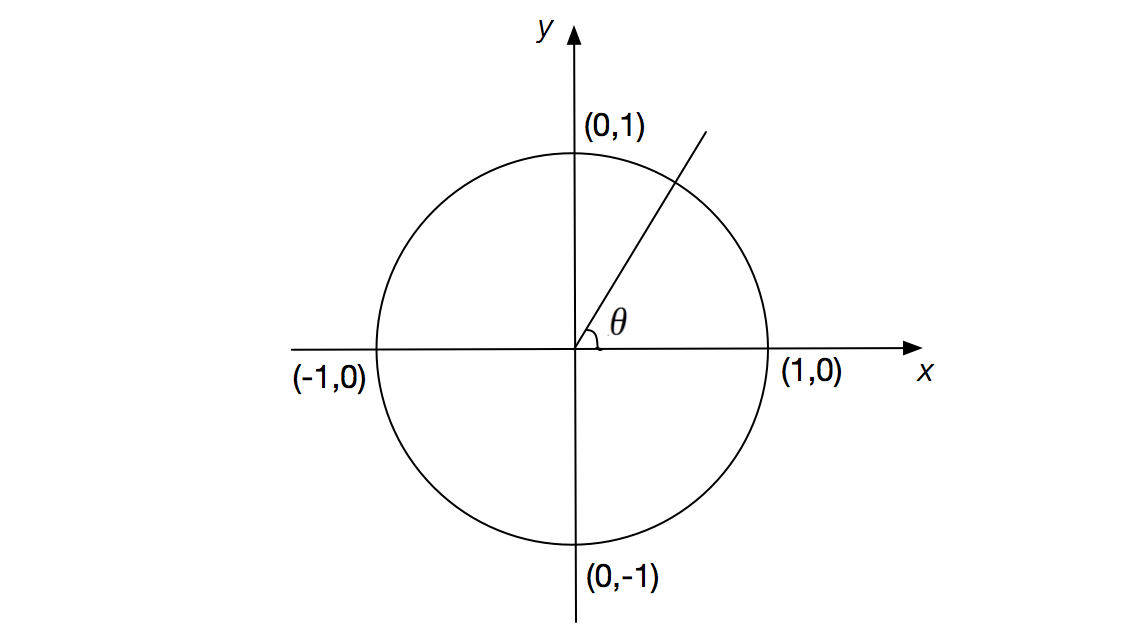 What is the measure of a right angle in radians?

Since a right angle is 90∘ in degrees, we have

Converting between degrees and radians:

Another simple way to convert the degrees into radians is to use the following formula: 90D​=2π​  R ​. This is true because the numbers of radians in 90∘ is equal to 2π​ radians. So, we can equate the expressions and derive this expression.

Here are a few radian measures that are useful to know:

For a general circle with radius r, if an angle θ (given in radians) is formed with the positive x-axis, then the arc length of the portion of the circle carved out by the angle is

As we have seen, for a circle with radius r=1, the arc length is simply the angle θ in radians.

Convert the following from radians to degrees:

Convert the following from degrees to radians:

What is the central angle θ (in radians) that subtends an arc of length 4 and radius 2?

The length l of an arc of radius r and central angle θ is given by the formula l=rθ. For this problem we have l4θ​=rθ=2θ=2 radians. □​​