Irrational numbers are numbers that have a decimal expansion that neither shows periodicity (some sort of patterned recurrence) nor terminates. Let's look at their history. 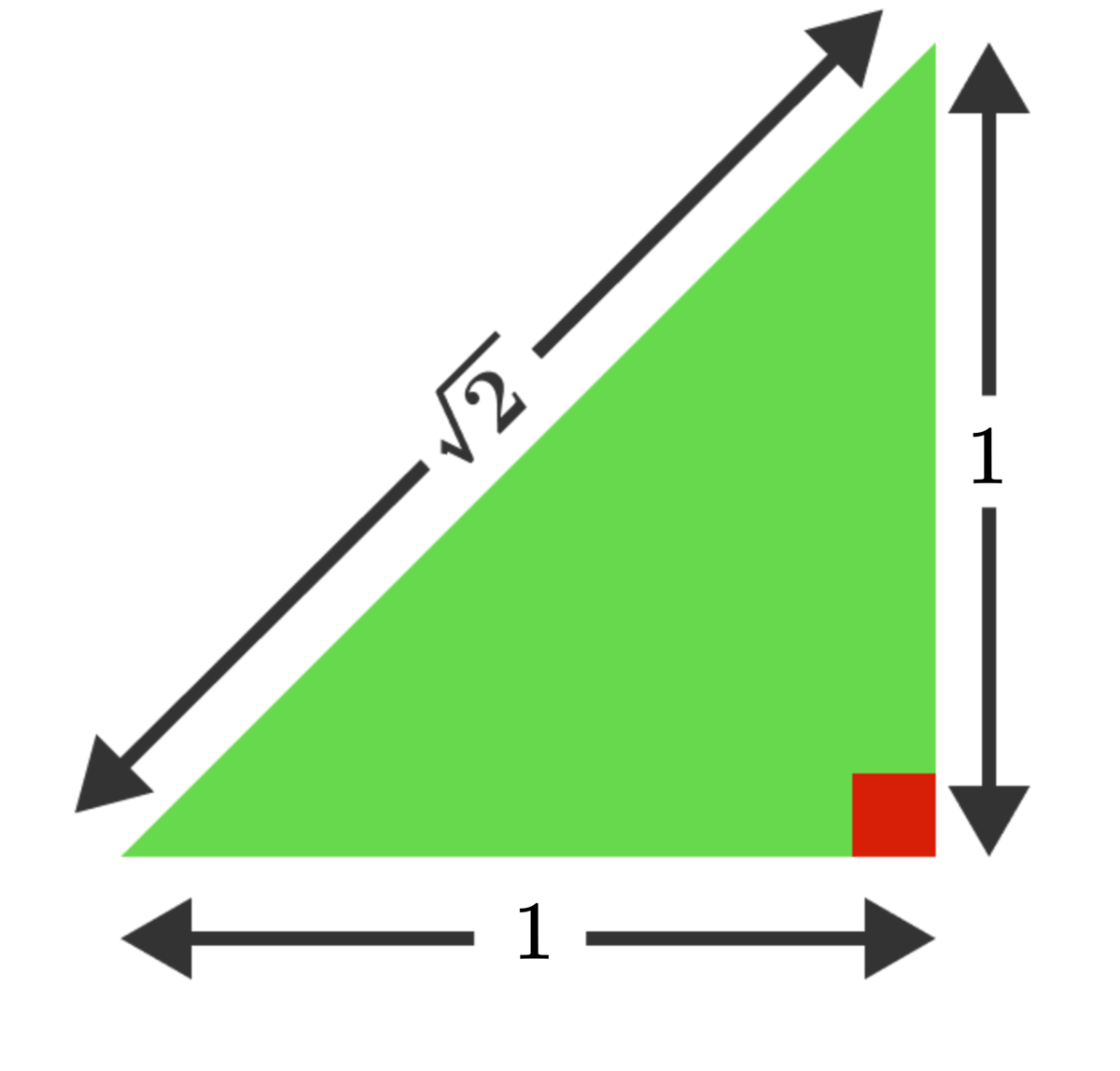 Hippassus of Metapontum, a Greek philosopher of the Pythagorean school of thought, is widely regarded as the first person to recognize the existence of irrational numbers. Supposedly, he tried to use his teacher's famous theorem a2+b2=c2 to find the length of the diagonal of a unit square. This revealed that a square's sides are incommensurable with its diagonal, and this length cannot be expressed as the ratio of two integers. Since the other Pythagoreans believed that only positive rational numbers could exist, what happened next has been the subject of speculation for centuries. In short, Hippassus may have died because of his discovery.

So, what did happen to Hippassus? No one will probably ever know for sure, but below are some better-known stories.

Another possibility is that none of the stories above are true, and they are tales invented and embellished through the ages to illustrate a pivotal moment in history.

However, if Hippassus did discover irrational numbers, it is not clear which method he used to do so. For the curious, the Brilliant summary page on rational numbers builds up to Euclid's proof of the irrationality of 2​. This is one way Hippassus might have done it. However, many scholars think Euclid's method (written 300 years after the time of Hippassus) is more advanced than what Hippassus would have been able to do.

Regardless of what actually happened, it is difficult to imagine a time when proving the existence of an irrational number was a moral transgression.

Humans have had numbers for at least all of recorded history. Our earliest basis for numbers and math derive from the practical need to count and measure things. It is intuitive to see how the positive, non-zero, natural numbers would arise "naturally" from the process of counting. It is also easy to see how measurement would present one with things that could not be divided into whole units, or whose dimensions were in-between a whole number. Inventing fractions made practical sense, as ratios of the natural numbers. Discovering the positive rational numbers was probably pretty intuitive.

Numbers may have originated from purely practical needs, but to the Pythagoreans, numbers were also the spiritual basis of their philosophy and religion. Pythagorean cosmology, physics, ethics, and spirituality were predicated on the premise that "all is number." They believed that all things--the number of stars in the sky, the pitches of musical scales, even the qualities of virtue--could be described by and comprehended through rational numbers.

One reason to think that positive rational numbers would form the basis for all things in the universe is that there is an infinite amount of them. Intuitively, it might seem reasonable that an infinite amount of numbers should be enough to describe anything that might exist. Along the number line, rational numbers are unfathomably “dense.” There is not much “space” between 1000001​ and 1000011​, but if you ever needed to describe something between those two numbers you would have no problem finding a fraction between them.

The Pythagoreans had probably manually measured the diagonal of a unit square before. They probably regarded the measurement as an approximation that was close to a precise rational number that must be the true length of the diagonal. Before Hippassus, they had no reason to suspect that there are logically real numbers that in principle, not merely in practice, cannot be measured or counted to.