A quadrilateral is a four-sided closed figure.The origin of the word "quadrilateral" is the two Latin words quadri, a variant of four, and latus, meaning "side."

The sum of all angles of a quadrilateral is always 360˚. This is a special case of the n-gon interior angle sum formula (n−2)×180∘.

Quadrilaterals can be classified on the basis of their sides, giving the following categories:

Here is an interesting chart, showing family of quadrilaterals: 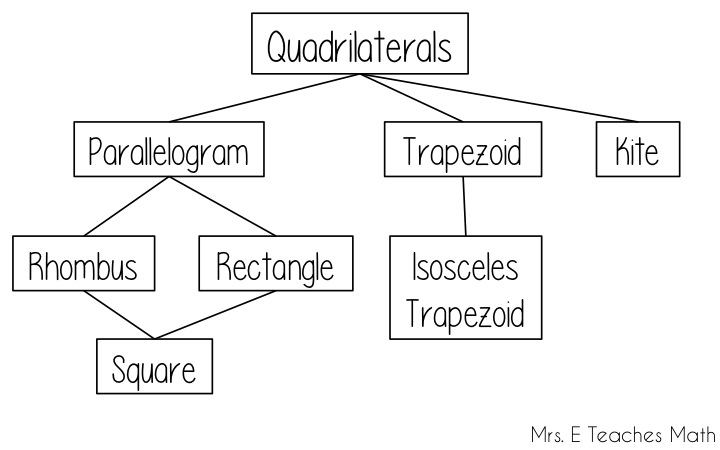 Quadrilaterals are also commonly classified by their angles and parallel sides:

A square, based on the criteria above, is both a rhombus and a rectangle and has all the properties of both of those shapes.

A quadrilateral may be cyclic. If opposite angles are supplementary, all its vertices will lie on the circumference a circle, called the circumcircle.