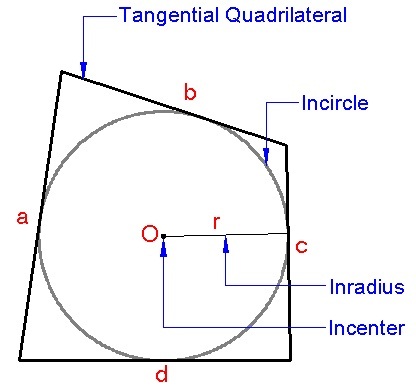 According to Pitot's theorem, the two sums of the lengths of opposite sides are equal.

A circle can be inscribed in a quadrilateral if and only if the angle bisectors of the four angles of the quadrilateral are concurrent.