In geometry, Pitot's theorem describes the relationship between the opposite sides of a tangential quadrilateral. The theorem is a consequence of the fact that two tangent line segments from a point outside the circle to the circle have equal lengths. There are four equal pairs of tangent segments, and both sums of opposite sides can each be decomposed into sums of these four tangent segments. The converse is also true: a circle can be inscribed into every convex quadrilateral in which the lengths of opposite sides sum to the same value.

It was named after the French engineer Henri Pitot who proved it in 1725.

In a tangential quadrilateral (a quadrilateral in which a circle can be inscribed), the two sums of lengths of the opposite sides are equal.

Let ABCD be a tangential quadrilateral. Then Pitot's theorem tells us that AB+CD=AD+BC. 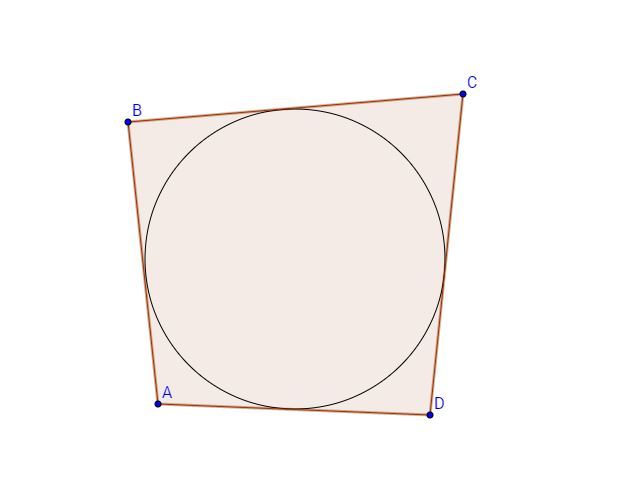 The converse of this is also true, but requires quite a bit more work. It was only proved in 1846 by Jakob Steiner, more than 100 years after Pitot published his proof!

Pitot's theorem is an immediate consequence of a well-known fact that the lengths of the two tangent line segments from a point outside a circle to the circle are equal.

We're going to prove this here. 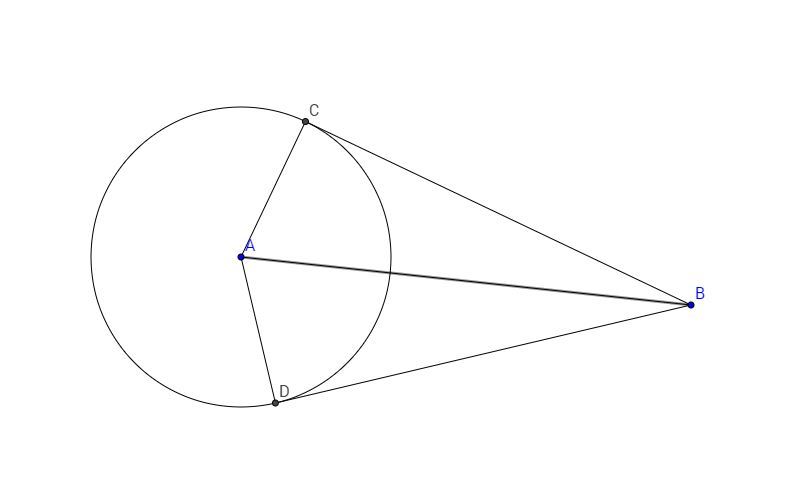 What we have to prove is BC=BD.

Note that both triangles ABC and ABD are right angled.

We also have AC=AD (since they are the radii of the circle).

AB is a side that is common to both △ABC and △ABD.

This means that the triangles are congruent and we can say that BC=BD. □​

Now Pitot's theorem should be obvious. The picture below sums it up quite nicely. 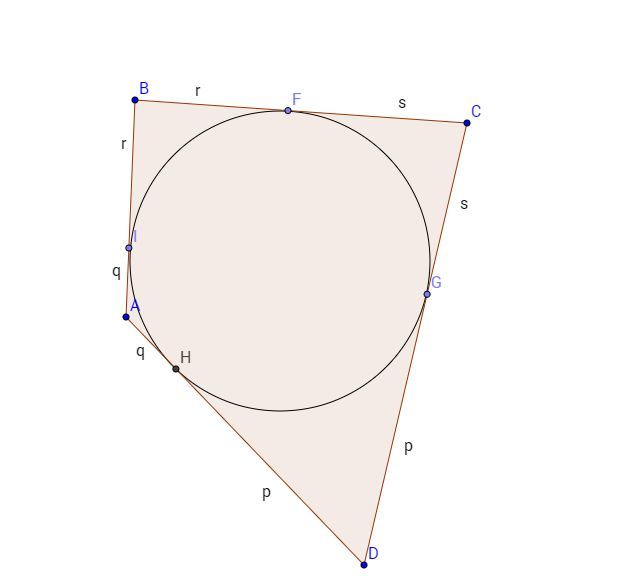 ABCD is a tangential isosceles trapezoid, touching the circle as shown above.

We want to show that in a convex quadrilateral ABCD, if AB+CD=BC+DA, then we can inscribe a semicircle that is tangential to all 4 sides.

Note that we can always draw a circle tangent to AB, BC and CD. The center of that circle is the point the angle bisectors of ∠ABC and ∠BCD intersect at. This point always exists and so does the circle.

All we have to do is to show that this circle is tangent to DA as well.

We're going to do a proof by contradiction.

Assume that the circle is not tangent to AD. Now draw a tangent to the circle from A and let E be the point that it intersects with CD.

Here's a picture where E lies in the interior of CD. 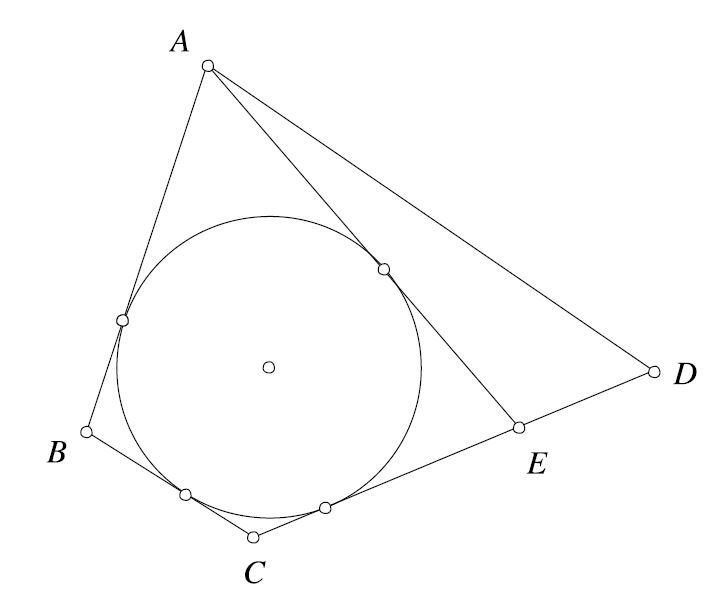 Since the circle is inscribed in the quadrilateral ABCE, from Pitot's theorem we have AB+CE=AE+BC. Remember that we had AB+CD=BC+DA or AB+CE+ED=AD+BC. But that implies ED+AE=AD, which is impossible since △AED is non-degenerate.

So our previous assumption was wrong and the circle is tangential to all 4 sides of ABCD. □​

The proof would be almost the same even if E were not in the interior of CD.