Tic-tac-toe is a 2-player combinatorial game, where the players X and O take turns filling a 3×3 grid. Whoever places three respective marks in a vertical, horizontal, or diagonal manner will be the winner of the game. A draw is obtained whenever nobody wins.

Like chess, a player needs good observation, tactics, and strategy to win a game of tic tac toe, which this wiki page will emphasize on.

Two players play. They have a symbol assigned to them; traditionally one gets X and the other gets O. One player starts, traditionally the X player. Each player, in turn, places their symbol on an empty square on a 3×3 grid, trying to be the first one that creates a line of three of their symbols (either horizontal, vertical, or diagonal). The first one to do so wins; in case the grid is filled without any result, it is a draw.

On playing tic-tac-toe, tactics and strategy are a must in order to win.

The above tactic gives rise to blocking: if the opponent has two of their symbols lined up and the remaining square is empty, you must block it by playing on the last remaining square.

Given the blocking tactic, it's pretty natural to consider creating two different threats so that the opponent cannot block both at the same time. This is called a fork (as it has two (or more) directions, like a dining fork splitting from one handle to several tines; also compare with fork in chess, which is to make a threat in multiple directions).

Okay! Now it's time to play the game:

You are playing a game of tic-tac-toe. You play as O while your opponent plays as X. The game plays as shown:

Where should you put your next O in order to save yourself from losing? 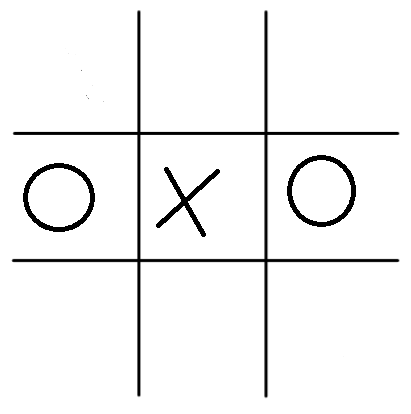 
Note: O and X are both playing optimally. 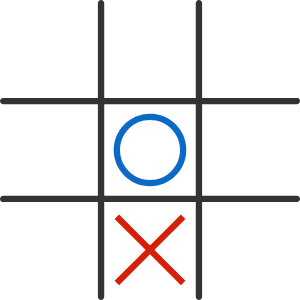 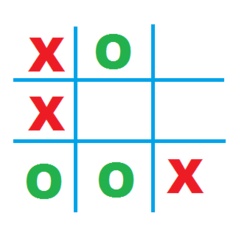 Two amateur people are playing a game of tic-tac-toe. Each person places his/her mark, either X or O. We do not know who started first.

After the first player has placed his/her second mark, the players will always place his or her mark in a line that already contains

Only the last mark to be placed in the game shown in the figure has not been given. Who will win the game, X or O? 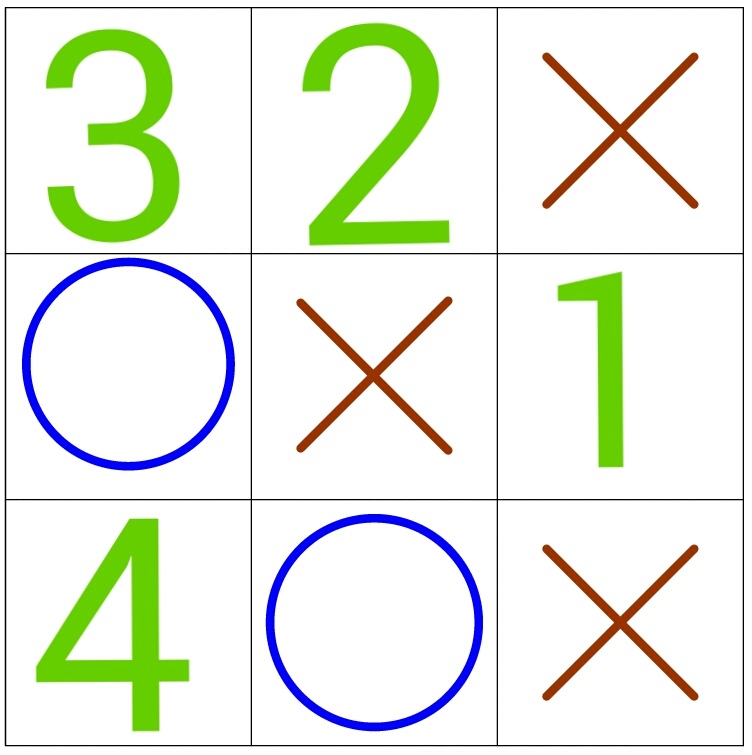 Assume that you are playing a tic-tac-toe game with an opponent. You play as O while your opponent plays as X.

On which place should you place your next move so that you will lose the next turn regardless of where your opponent's next move is?