You're in a game show called "Magic Box," where you're given 4 identical balls to throw into 4 boxes randomly. Each box will earn you the point(s) written on it multiplied by the number of balls thrown into it. For example, if you put one ball into each box, you'll get 1+2+3+4=10 points.

What is the expected value of points earned from this game? 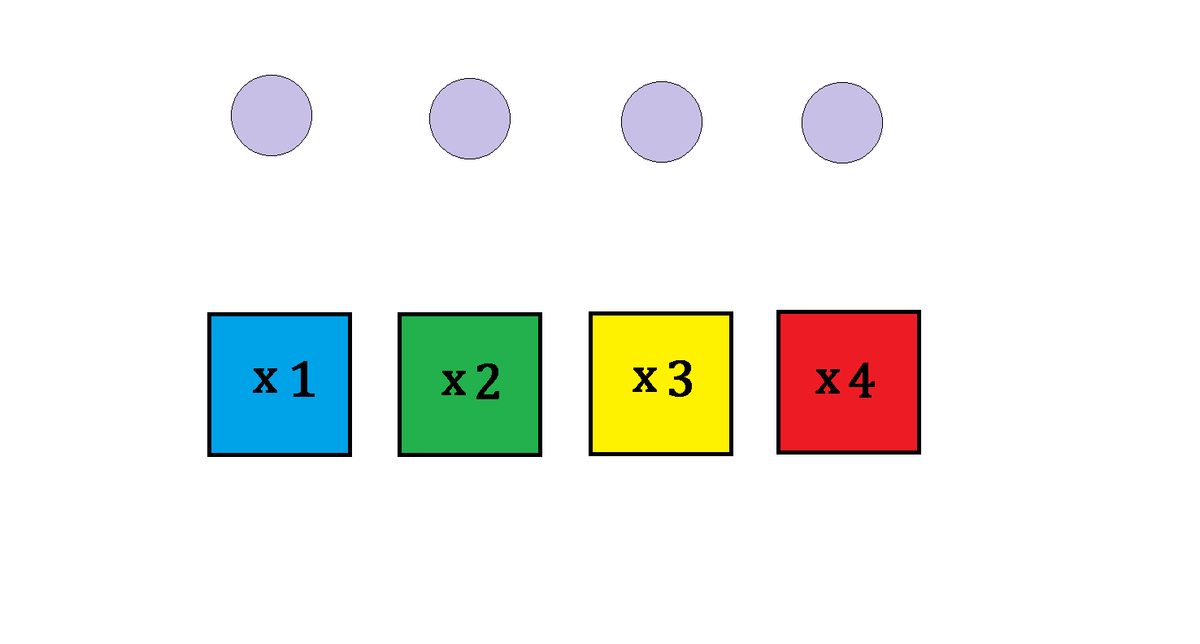 The central limit theorem most often applies to a situation in which the variables being averaged have identical probability distribution functions, so the distribution in question is an average measurement over a large number of trials--for example, flipping a coin, rolling a die, or observing the output of a random number generator. There are generalizations of the theorem to other situations, but this wiki will concentrate on the standard applications.

First, the formal statement requires a definition of "converging in distribution" which formalizes the qualitative behavior that the averages get closer and closer to the normal distribution as n increases:

for any real number x at which the function P(Z≤x) is continuous.

Let Xi​ be independent, identically distributed ("i.i.d.") random variables with E[Xi​]=μ and var[Xi​]=σ2. Let Sn​=nX1​+X2​+⋯+Xn​​. Then the variables n​(Sn​−μ) converge in distribution to the normal distribution with mean 0 and variance σ2.

It was not necessary to manipulate the variables; we could have worked with n​(Sn​−31​) instead of nSn​. The relevant computation would be

which is exactly one standard deviation for a normal distribution with variance 92​. But it is often more natural to work with the sum instead of the normalized average.

For finer approximations involving discrete variables, the standard convention is to employ a continuity correction involving adjusting the bounds of the normally distributed limit variable by half of a unit. For instance, in the example in the previous section, the estimate that the dice showed at least 160 5s and 6s used P(Y450​≥160), where Y450​ was the count of 5s and 6s, and using an approximation of Y450​ as a continuous normally distributed variable.

But in fact Y450​ is discrete; its values are always integers. If instead we note that the amount also equals P(Y450​≥159.1), or P(Y450​≥159.9), we get (slightly) different answers when approximating Y450​ by a continuous variable. The solution is to adjust by 0.5, or half of the minimum increment of Y450​, which tends to give the most accurate approximation in real-world situations. So the most accurate answer to the above exercise would use P(Y450​≥159.5), which necessitates a computation using the normal distribution for z=0.95 instead of z=1. This gives a value of 17.11% instead of 15.87%, which is closer to the correct answer.

If you toss it 10000=104 times, what is the probability that less than 100 tails show up, to three significant figures? Make use of a normal distribution as an approximation to solve this problem.

Note: The case of 100 tails is not to be included in the probability.

This problem is part of the set Extremely Biased Coins.

A scientist discovers a potentially harmful compound present in human blood. A study shows that the distribution of levels of the compound among adult men has a mean value of 13 mg/dl, with standard deviation 4 mg/dl. The scientist wishes to take a sample of adult men for another study. How many men must she sample so that the probability that the mean value of the level of the compound in her sample is between 12 and 14 mg/dl is at least 98%?

The sampling average will have mean 13 and variance n16​, where n is the number of samples. A 98% probability requires us to be within 2.33 standard deviations of the mean, for a normal distribution. We want this to be 1 mg/dl, so 1 standard deviation should be 2.331​, and hence the variance is (2.33)21​. This gives

So the sample should have at least 87 men. □​

The central limit theorem says that the number of heads is approximately normally distributed, with mean 100 and variance 50. Two standard deviations above the mean is 100+250​≈114.1. So this is nearly a 3-sigma event. The probability that the coin comes up heads at least 120 times is approximately 0.29% (which comes from looking up 50​19.5​≈2.76 in a z-table of values of the function P(X≥x) for a normally distributed variable X). At a confidence level of 5% or even 1%, we reject the null hypothesis that the coin is fair. □​