Hybridisation (or hybridization) is a process of mathematically combining two or more atomic orbitals from the same atom to form an entirely new orbital different from its components and hence being called as a hybrid orbital.

The original atomic orbitals are similar in energy, but not equivalent (for example, a 2s orbital might hybridize with a 2p orbital). The resulting hybrid orbitals are equivalent in energy to one another and are oriented so that they can form bonds with other atoms.

There are arguments against teaching hybridized orbitals to general chemistry students as a way of understanding molecular bonds, given the limitations of the model and the relative utility of other models such as valence shell electron pair repulsion theory (VSEPR). [2]

Hybridisation helps to predict the shape of molecules, particularly in organic chemistry.

Linus Pauling observed that all the bond angles were all the same in a compound like carbon tetrachloride (CCl4​), even though the electrons came from both 2s and 2p orbitals. 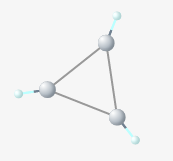 The carbon-carbon bonds of cyclopropane are bent to about 50 degrees, straining the molecule.

"Of all possible hybrid orbitals of s and p the tetrahedral orbitals are the best suited for forming strong bonds," Pauling writes. [1] Even in asymmetrical molecules, the bond angles around a tetrahedral carbon are usually between 106 and 113 degrees. Pauling goes on to discuss bond angles that differ greatly from the tetrahedral values, such as cyclopropane, and notes that the strain in these bonds makes them less stable, and therefore easier to break. 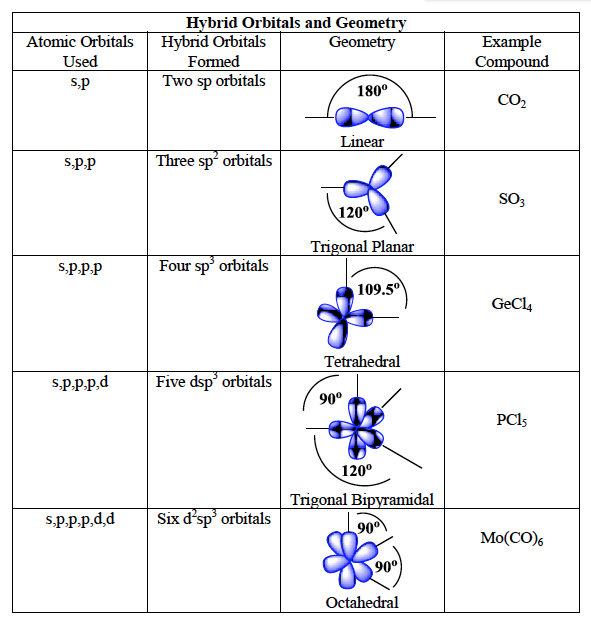 What is the atomic orbital hybridization for the carbon in methane?

Hybridized atomic orbitals do not accurately predict the observed spectroscopic energies of the species they describe. Some educators believe that the model is confusing, especially to students who have not studied the Schrödinger equation, and should not be taught in a general chemistry curriculum [2].

[1] Image from https://commons.wikimedia.org/wiki/File:Hybridationsp3-anim100.gif under Creative Commons licensing for reuse and modification.