Congrats on making it to the advanced page! Be prepared for a challenge that will test your deductive reasoning prowess. You will need a magnifying glass to hunt for clues, a bloodhound's nose to follow the leads and a thinking cap to figure it all out. Watch out for any unnecessary information that might mislead you, and keep your eyes focused on the goal. The hunt is on!

Here are some tips for you to get started: 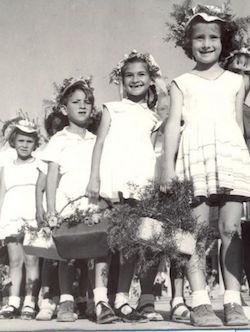 One day a mad scientist lined up Andy, Brandy, Candy and Dandy in a row, so that each of them could see the ones in front of them but not behind. Andy was able to see everyone else while Dandy couldn't see anyone. Then the mad scientist declared,

"There is a red hat, a blue hat, a white hat, and another hat that is either red, blue or white. I will place them on your heads, so that you can't see the color of your own hat. However, you can see the hat color of anyone in front of you."

Which 2 people had the same color hats?


Let's work from the information that we are given, and record down the implications:

Thus, Candy and Dandy had hats of the same color. □​

Back to Quiz: Logic Puzzles - Advanced

Logic puzzles can be classified as