The modern periodic table organizes elements into a grid based on their atomic number. Both the horizontal and vertical positionings of an element within the table give clues as to that element's behavior, making the periodic table a quick and useful reference for predicting how certain elements will react with each other. 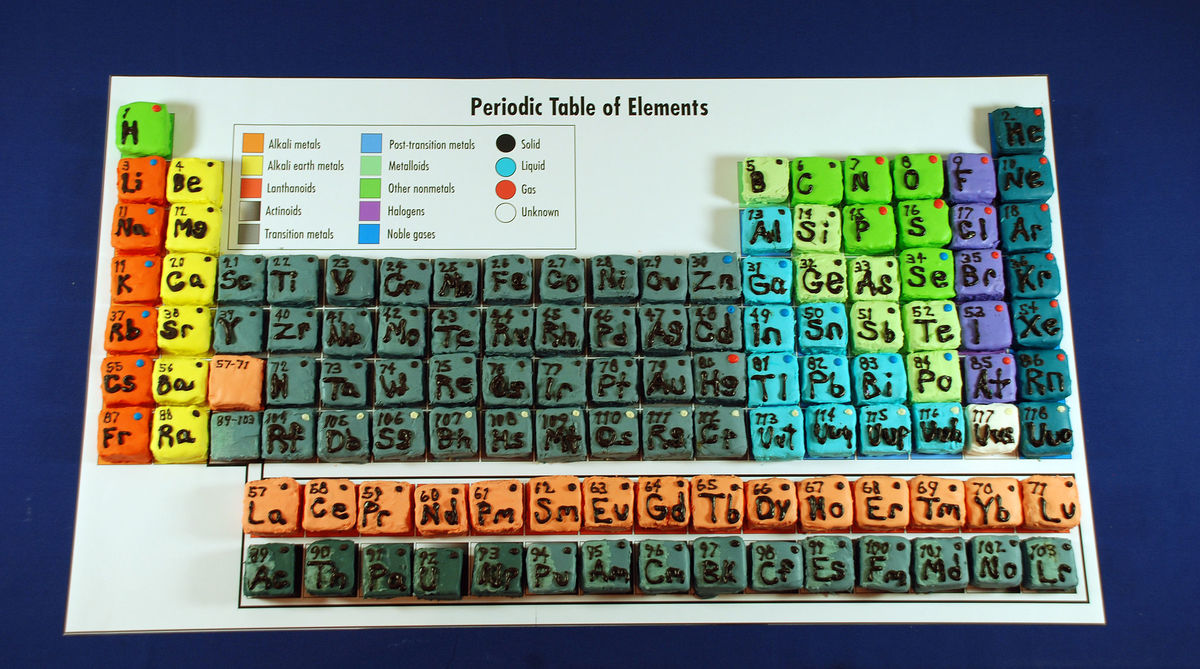 Each box on the table represents one element. Basic information about the element is included on every periodic table, including the following:

In the 1800s scientists across Europe were working on the same puzzle: making sense of the patterns of behavior observed in chemical elements and developing a systematic way of organizing those elements.

John Newlands of the United Kingdom, Alexandre Béguyer de Chancourtois of France, and Julius Lothar Meyer and Johann Wolfgang Döbereiner of Germany were among the scientists who contributed to developing a periodic table. They noticed trends and similarities among elements and started dividing them into discrete groups, the best-known of which are Döbereiner's triads and Newlands' octaves.

While specific pieces of these early classifications fit well, no system accommodated all of the approximately 60 known elements. 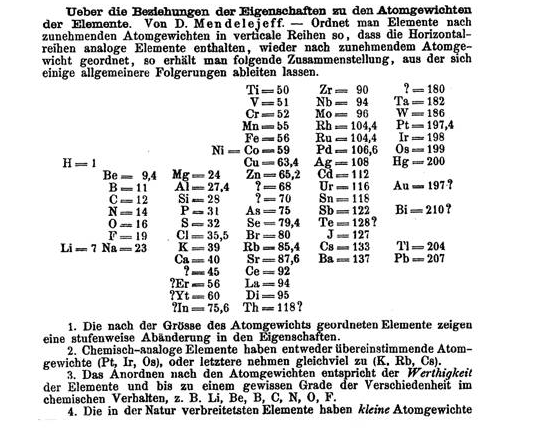 These early chemists faced two hurdles. First, they knew there were more elements to be discovered and incorporated into the periodic table. Second, some of the published information about the elements was known to be wrong. The puzzle had both missing and torn pieces, making it even harder to put together.

Russian chemist Dmitri Mendeleev is often called "the father of the periodic table." In 1869, he published a version with 63 elements arranged by atomic mass, showing that when the elements were arranged that way, certain characteristics were periodically repeated.

Putting the elements in the correct place on the table still sometimes required correcting their atomic mass. Sometimes Mendeleev decided the atomic mass must be wrong because the elements seemed to appear in the wrong order. He placed tellurium before iodine, for example, even though tellurium is heavier. Iodine’s properties are much more similar to those of fluorine, chlorine, and bromine than to oxygen, sulfur, and selenium, and the opposite is true for tellurium.

Mendeleev's table had impressive predictive power. He left blank spaces on the table where he thought undiscovered elements would fit. He predicted several properties for five of those elements, including atomic weight, melting point, density of the solid, and valency. By 1875, three of those elements (gallium, germanium, and scandium) had been discovered by independent researchers in France, Germany, and Sweden, giving further credibility to Mendeleev's periodic table.

The modern periodic table was devised by Henry Moseley in 1913. Moseley, a young English physicist, carried out research regarding the structure of the atom and came to the conclusion that atomic number, the number of protons in the nucleus, is the fundamental property of an element rather than the atomic mass. This explained some of the inconsistencies Mendeleev was finding. Tellurium is number 52 and iodine is 53, for example.

Properties of the elements are the periodic function of their atomic numbers. 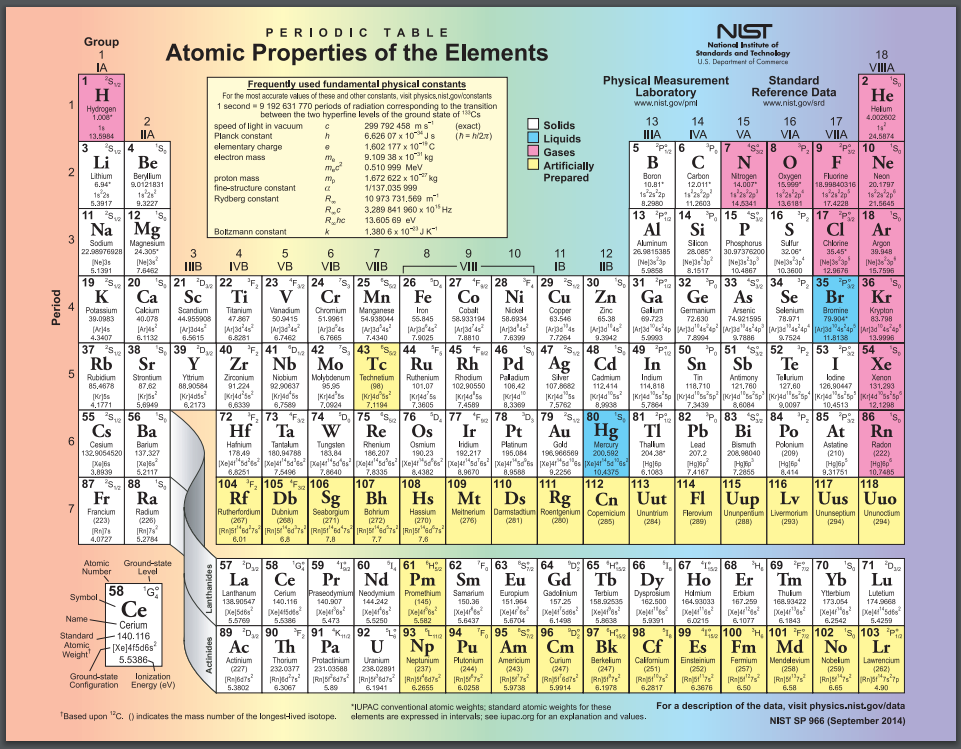 Periodic tables can contain a variety of extra information. This one tells the phase of the pure element at room temperature and notes which elements were created synthetically, rather than discovered in nature. Public domain image from the National Institute of Standards and Technology (NIST).

Advantages of the modern periodic table include the following:

Deficiencies of the modern periodic table include the following:

The vertical columns of the table are called groups. Groups have the same electron configuration in their outermost shell or valence. Roman numerals are used to indicate the group number, which is also the number of electrons in the outer valence. There are two sets of groups: A and B. A, the representative elements, have the valence electrons in s or p sub-shells. The non-representative elements of group B are the transition metals, which have partially filled d sub-shells and the lanthanides and actinides, which have partially filled f sub-shells. Groups with distinct properties the general chemistry student should be familiar with are discussed below:

The horizontal rows of the table are called periods. There are seven periods, and they are filled sequentially. They represent the principal quantum numbers n=1 to n=7. Arabic numerals are used when referring to the periods.

Periodicity is the repetition of the similar properties of the elements placed in a group separated by certain definite gaps of atomic numbers.

In other words, periodicity is the idea that elements in a group have similar chemical properties because they have the same valence shell electronic configuration. All elements will gain or lose electrons to reach a stable octet, the valence configuration of the noble gases, leading to some general trends across the periodic table. 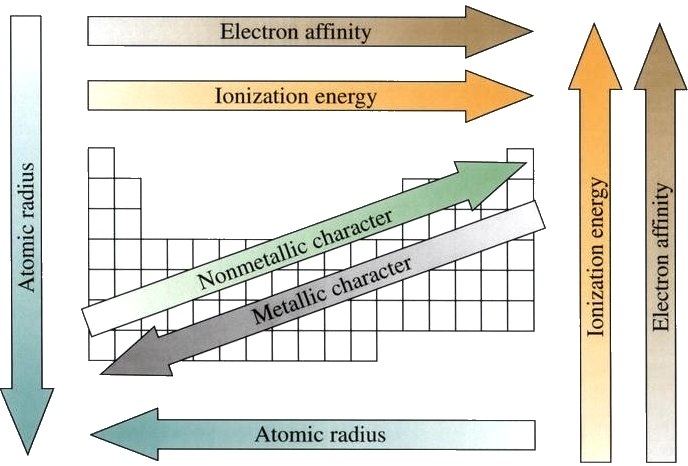 Alkaline earth metals have which of the following sets of traits?

Considering its chemical properties and the ions it makes, what is the best location for hydrogen on the periodic table?

In December 2015, the International Union of Pure and Applied Chemistry (IUPAC) announced that four new elements had been discovered and synthesized by laboratories in the United States, Russia, and Japan.

With these new elements, the seventh period of the table is now complete.

The standard layout of the periodic table does not capture all the patterns and relationships found among the elements. Several alternatives have been proposed to highlight electron configurations or quantum numbers, among other traits. Circular and 3-dimensional versions have been drawn, which eliminate some of the questions regarding the placement of hydrogen and the exclusion of lanthanides and actinides from the main body of the table. 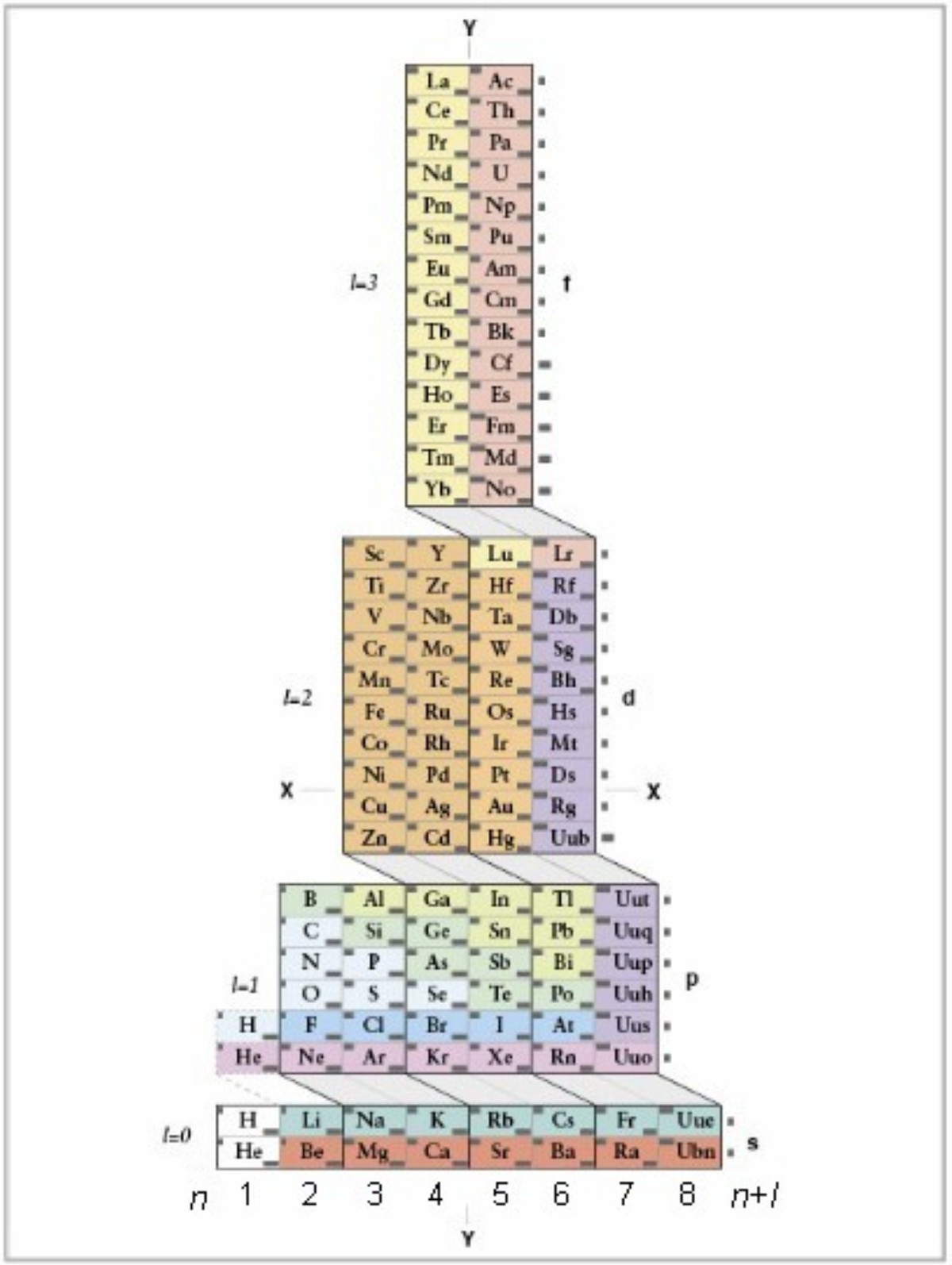 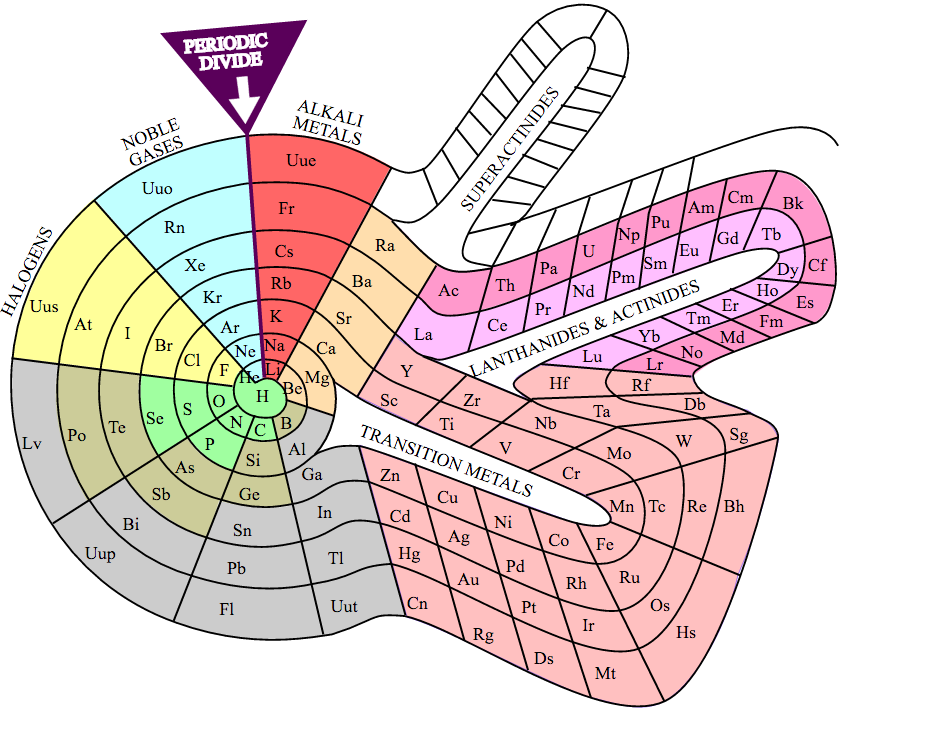 Theodore Benfey's spiral format was first published in the 1960's

The periodic table[2] hosted by Los Alamos National Laboratory includes a short article describing the history, properties, and uses of each element.

The University of Nottingham has a website called Periodic Videos[3] that features experiments exploring the properties of the different elements, including plenty of explosions.