Which string will not be accepted by the finite state machines below? 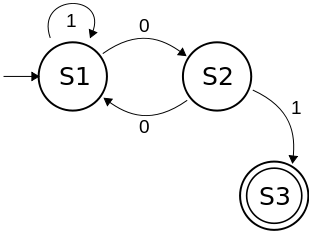 Regular languages and finite automata can model computational problems that require a very small amount of memory. For example, a finite automaton can generate a regular language to describe if a light switch is on or off, but it cannot keep track of how many times the light was switched on or off. 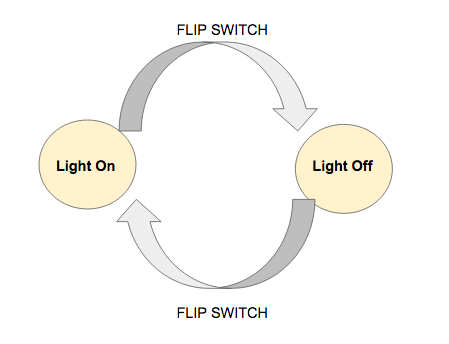 A regular language can be represented by a string of symbols and operations.

Concatenation is an operation that combines two symbols, sets, or languages. There are two main ways to write a concatenation. X∘Y and XY both mean “X concatenated with Y.” Languages can also be concatenated: L1​∘L2​ means strings from L1​ are written first, and then strings from L2​ come after.

Union is an operation where a finite state machine can make one choice or another at any step (this can also be thought of as an “or” operation). For example, there could be a finite state machine that can choose between concatenating X with Y or concatenating X with Z. Or is written with a vertical bar, and the expression from the previous sentence looks like this: (X∘Y∣X∘Z).

Formally, union is described as follows: A∪B={x∣x∈A or x∈B}. Note, here the vertical bar means “such that.”

The Kleene star is an operation denoted by an asterisk ∗ that basically represents repeated self-concatenation. For example, if a language L represents all strings of the form X∗, then this language includes X, XX, XXXXXX, XXXXXXXXXXX, etc. The Kleene star can repeat the symbol it operates on any number of times.

The regular language X∘Y∣Z∗ represents strings of the form “X concatenated with Y or Z repeated any number of times.”

Because k can be 0, x can be repeated 0 times. This means that the empty string is always a member of A∗.

Another important symbol is ϵ which represents the empty string.

Languages are often written as follows: L=(some pattern)∣∣​(some condition), where the vertical bar means "such that." The pattern often resembles something like this 0n1n, where the exponent actually represents a unary operation — the 0 would be repeated n times. For example, 0414 is written out as 00001111. 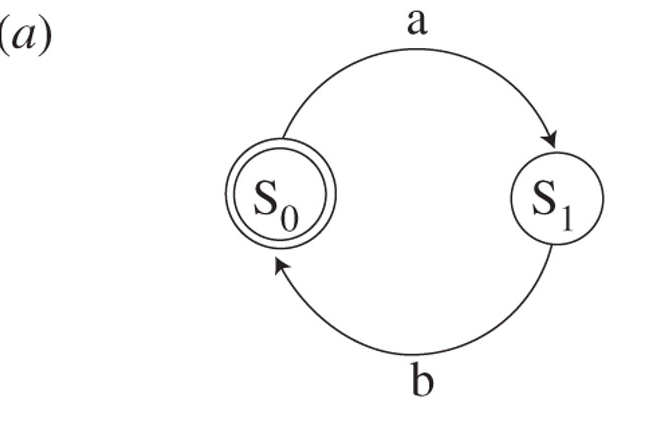 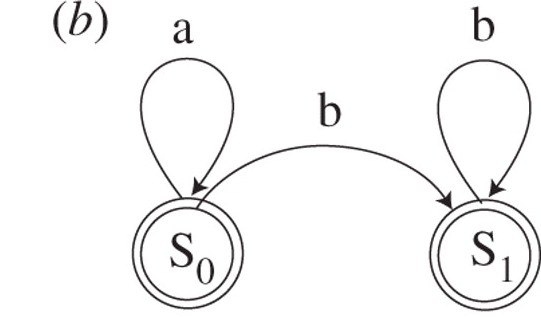 Finite automata can be used to generate strings in a regular language. A finite automaton for a particular language is “programmed,” in a way, to generate the strings of a given language through its states and transition functions. You can walk through a finite state machine to see what strings are able to be made and therefore are part of the language the machine described, or you can feed it an input string to see if a given input can be made by the machine.

Note: The symbol epsilon, ϵ, represents transitions on the empty string, sometimes called a "null transition." This means that the machine can take these transitions without needing to read a particular symbol on the input. 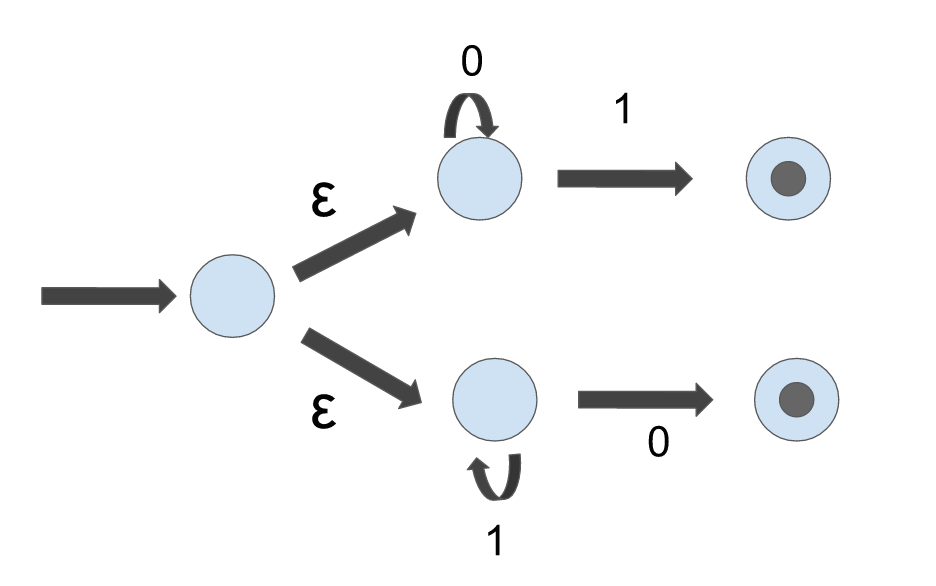 What is the regular expression that describes this finite state machine? 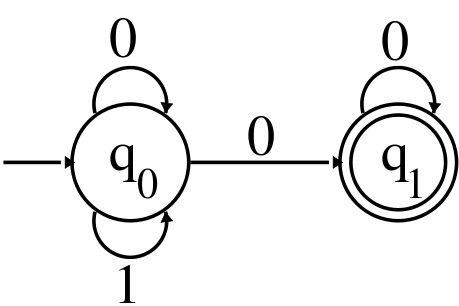 The start state is q0​ and the accepting state is q1​.

Therefore, the regular expression that describes this is (0∣1)∗00∗.

The set of regular languages over a given alphabet, Σ is defined recursively as follows[2]:

The Pumping Lemma For Regular Languages:

The pumping lemma for regular languages states that if a language L is regular, there exists some integer pumping length p≥1 such that every string s∈L with a length of p or more symbols, ∣s∣≥p, that can be written s=xyz, where x,y, and z are substrings of s such that

Essentially, the pumping lemma holds that arbitrarily long strings s∈L can be pumped, or have segments repeated, without ever producing a new string that is not in the language L.

Use the pumping lemma to prove that L={anbn∣n>0} is not a regular language.

Assume, for the sake of contradiction, that L={anbn∣n>0} is a regular language. By the pumping lemma, there exists an integer pumping length p for L. We need a string s that is longer than or equal to the length of p. Certainly s=apbp is longer than p, so we choose this for the s string. This s is in L since it has p a’s and p b’s.

Now by the pumping lemma, ∣y∣≤p. There are three possible places in the string that we can assign to be y:

In any of these three cases, we can easily verify that the third constraint for the pumping lemma, xyiz∈L ∀i≥0, does not hold. In other words, for any of these three choices of y, the string s cannot be pumped in a way that results in a string that has an equal number of a’s and b’s (the definition of the language L).

In the first case, there will be more a’s than there are b’s, making the resulting, pumped string not a member of L. If we pump this region, we will get the string aaaaaaaabbbbb: a string with 8 a’s and 5 b’s. Clearly, this is not in the language. A similar proof can be checked for the second case; just pump the b region instead of the a region.

For the third case, we do something similar. We just need to find one example of pumping in this region that violates the third property of the pumping lemma since if the language is regular, it needs to be pumpable for all i. If we pump a5b5=aaaaabbbbb and p=3 and pump the last a in the a section and the first two b’s in the b section, we get this string: aaaaaabbbbbbb — a string with six a’s and seven b’s, which is clearly not in the language of strings with an equal number of a’s and b’s.

Since L1​ and L2​ are both regular languages, by definition there is some finite state machine that describes each of them; call these M1​ and M2​.

Here is what such a machine M would look like: 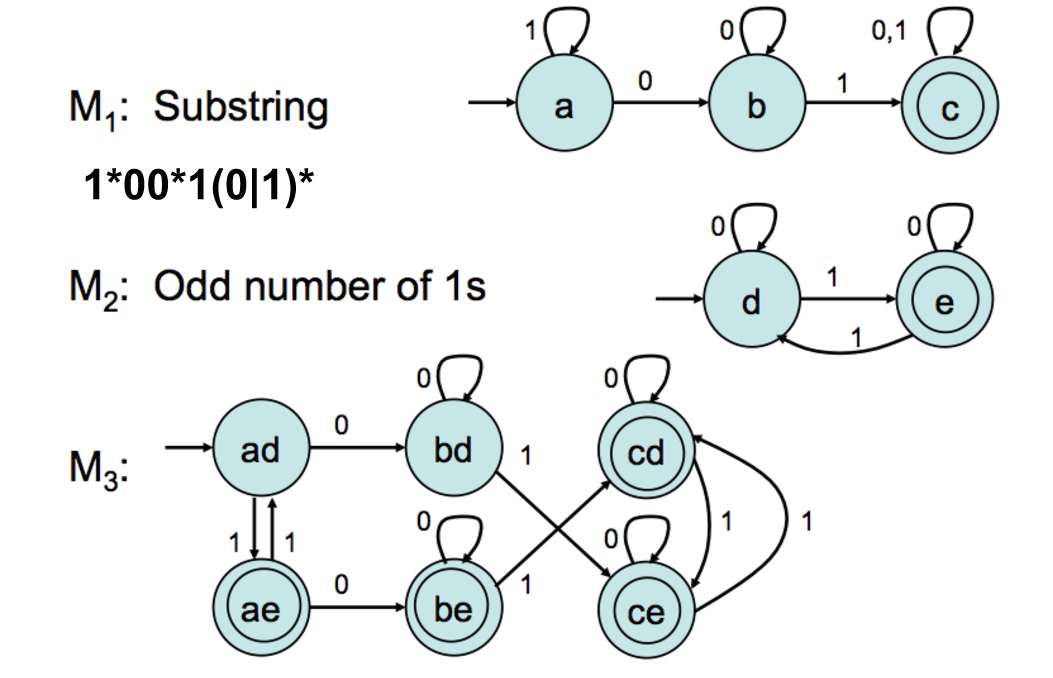 Just like in the union closure proof, construct a machine M that is made up of M1​ and M2​ which accept L1​ and L2​, respectively. M runs both the M1​ and M2​ machines in parallel and accepts if both M1​ and M2​ accepts. 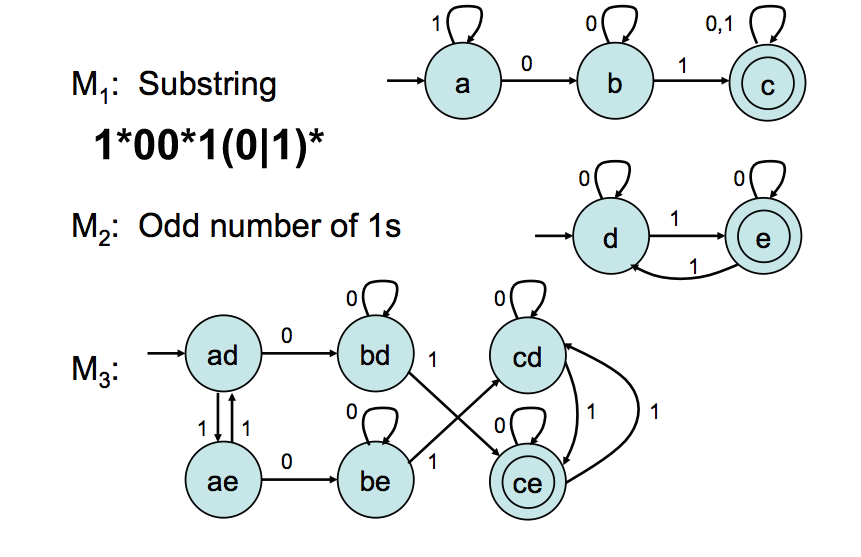 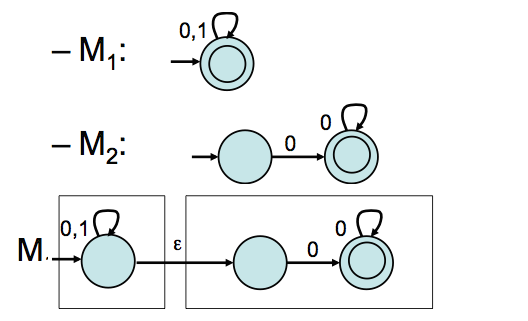 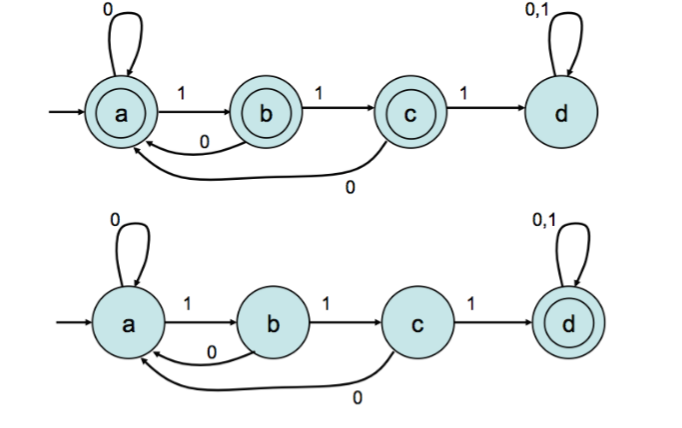 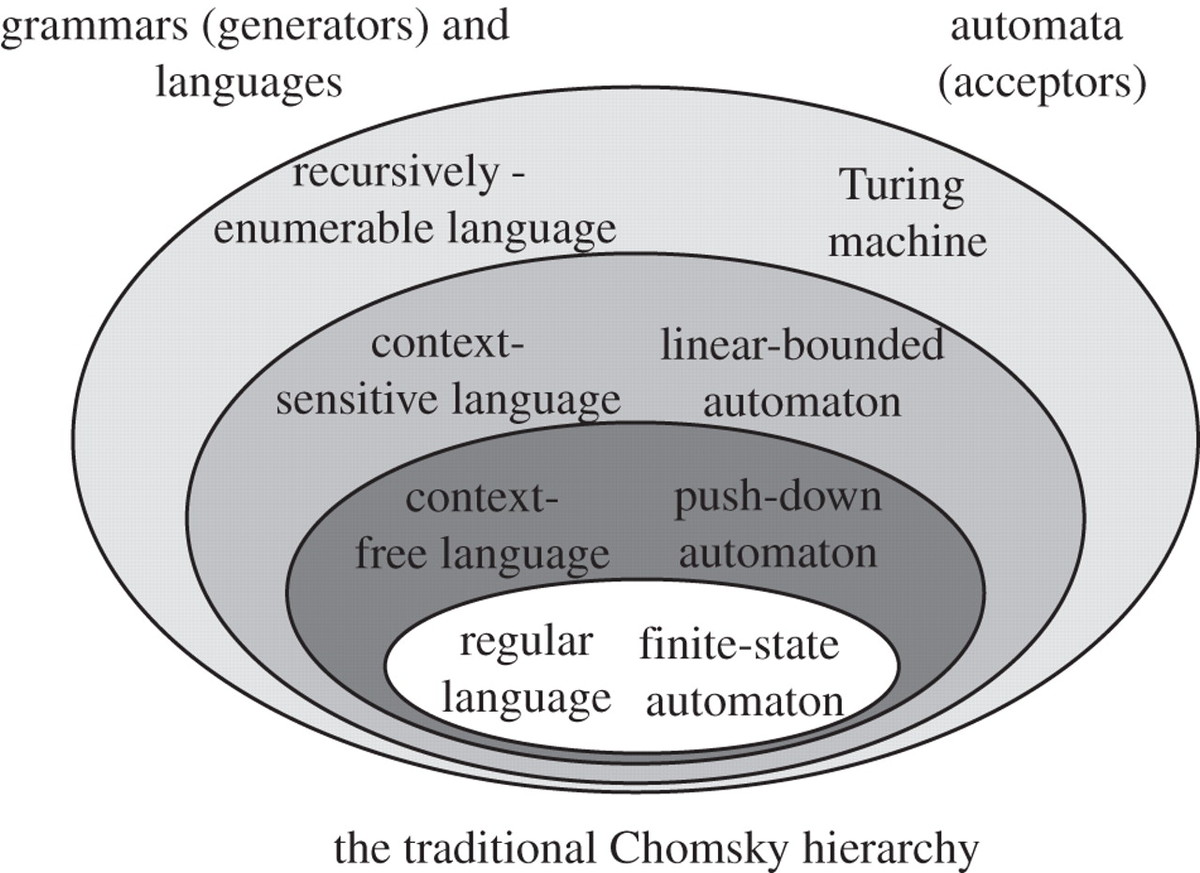