But binary search trees can either be unbalanced or balanced. A tree is balanced if the depths of its left subtree and right subtree differ by at most 1. An AVL tree balances itself after every operation. An AVL has much faster operations because it's always balanced. AVL trees were the first self-balancing tree structures. They have been generally overtaken by red-black trees in popularity since.

An AVL tree operates very similarly to the binary search trees. When an element is inserted, we can quickly find its desired location by using binary search. Starting with the root, a node is compared to the new element. If the new element is smaller, the same process happens for the node's left child. If it is larger, the right child is used. In the following GIF, the element being inserted is a 1. Starting with the root node, a 5, the 1 is compared with a specific node. In this case, it is smaller, so it goes left to the 3. It is also smaller than the 3, so it finds its desired location as the left child of the 3.

In this GIF, the depth of each node is written next to the node. Remember that an AVL tree must remain balanced. This means that the depth of a node's left subtree and its right subtree can differ by at most 1.

What happened there? There are two kinds of rotations in AVL trees, a right rotation and a left rotation. When to use these rotations can be tricky, but the types themselves are graphical in nature. Watch the tree in the above GIF restructure itself. The rotation is happening on node 8. A left rotation is performed, and we call it that because the nodes are moving in a counterclockwise manner.

As discussed above, there are two types of rotations, left and right. However, the trick is knowing which rotation to employ and knowing which node you rotate about. There are generally 4 cases:

This is case we saw in the second GIF. In this case we have an unbalanced tree that looks something like the following picture: 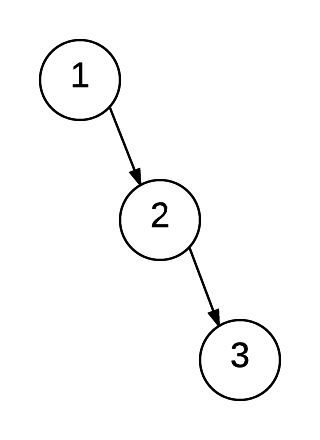 Now, the tree is balanced around Node 2. 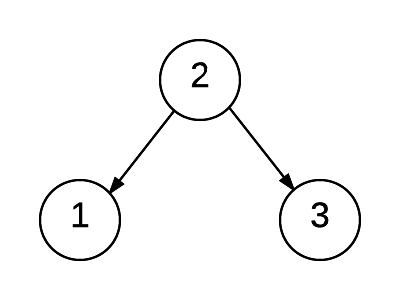 The left-left case is a mirror image of the right-right case. In this scenario, a right rotation is needed on the root node of the unbalanced tree. You can imagine a left-left case with Node 3 as the root, Node 2 as Node 3's left child, and Node 1 as Node 2's left child. The protocol is as follows:

The following two cases are slightly trickier. A right-left case looks like the following image. 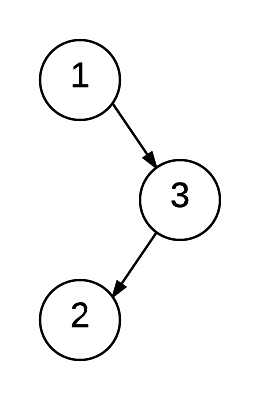 As you can see, from the root, there is a right-child and a left-child (hence the name). This tree is unbalanced. However, a simple left-rotation won't do us any good because it will simply flip the tree around and still be unbalanced. Instead we have to do two things to make this balanced.

This case is a mirror image of the previous case. The protocol is as follows:

You might think that traversing an AVL tree can be time consuming. After all, if you want to get to the next biggest node, you might have to backtrack all the way up the tree to the root and go down the other subtree. However, using amortized analysis, the AVL can be shown to have linear O(n) time. Why? To traverse an entire tree, you have to enter and exit each edge one time each. Since there are n−1 edges in a balanced tree, that means there will be (2⋅(n−1))/n amortized traversals in total, or 2.

For insertion and deletion, the act of finding the correct space for the key as well as the re-balancing process must be taken into account. Since it is a binary tree, it will take O(log2​(n)) to either find the correct spot for the new node or find the node we wish to delete. From there, we must retrace our steps all the way through the root to make sure that the invariant of the AVL tree has not been violated--that at no point, a node's left and right subtrees have heights that differ by more than one. However, we have a hard limit on how many times we have to retrace; it's also O(log2​(n))--we're just pulling out of the tree the same way we came in. The rotation itself is a constant time operation, so it does factor into asymptotic complexity.