A large number of ants behaving as a liquid, and as a solid.

The job of a physicist is to find simple rules that predict the things that happen in the world around us. From the size of avalanches and forest fires, to the shape of red blood cells, to the flow of traffic in cities, all of these things can be explained by simple rules and principles that govern the dynamics of nature. Once we can explain the world around us, we can attempt to change it by turning these principles around and using them to design things like electric cars, or rockets, or hydroelectric dams. In this gentle introduction to mechanics, you'll be exposed to some interesting phenomena in the world around us, and asked to explain how or why they happen. Although these are elementary examples, they encapsulate the essential experience of doing real physics research. Here are some tips to get started.

When you spin a cup of tea, the leaf particulate at the bottom tends to come together at the center of the cup. Why is that? 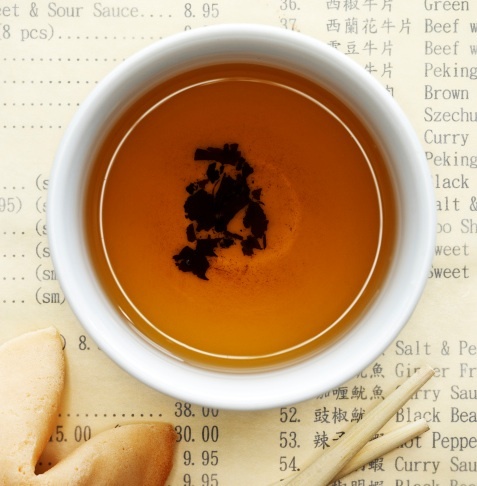 I would hint reformulating the question: why is the setting [in which the leaf particles are near the center and the liquid particles are farther from the axis of the spinning] at a lower energy level than the opposite setting, where the leaf and liquid particles swap place? The leaf's being at the bottom means/is because the density of the leaf > the density of the liquid. The total energy stored in the spinning of the (leaf+liquid) whole system is lower if the higher density particles are closer to the axis and the lower density particles are farther from the axis. That is why what was at the bottom, moves closer to the center=axis when spun. And similarly, what floats on the surface (e.g. foam, cream), moves towards the rim. Does it depend on whether the particles are accelerating, spinning with a constant speed, or slowing down?

The pressure gradient is fixed, does not depend on whether the leaf or the liquid is at the rim. Every particle suffers the centrifugal force, the only question is who is more averse. It is a relative question, you cannot give an absolute explanation, which holds for every particle, no matter whether leaf or liquid. It would not distinguish them. You need to refer to some aspect in which the parties are different. Could we make it clear that it is the friction coefficient (between the leaf or liquid particles and the bottom of the cup) that determines which particles are at the center/rim? Is density also a factor? Is friction or density the stronger factor? On the surface there is another friction (between the particles and the air). Where will the leaf particles be if the spinning happens when they are sinking, halfway between the surface and the bottom?

One of the best features of physics is the universality of the principles. Mechanisms identified in the dynamics of quantum fields can very well be applied to problems in materials science. Nonetheless, we can broadly classify the kinds of things we'll study in mechanics.